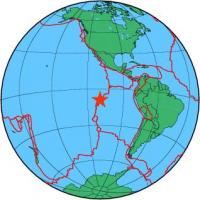 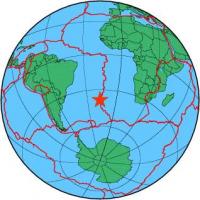 This sentence from the 09/21/11 New York Times is telling.  Imagine what will happen following the major Japan quakes, New Madrid Adjustment, West Coast Adjustment, and the pole shift itself, and then you will understand why preparing the best you can and leaving for a safe location before disaster strikes is so important.

Those who know the truth (probably because of ZetaTalk!) but continue to sit on the fence and fail to leave in time, will be very sorry they did not accept the Zetas' sage advice and actually do something to help themsevles.

The common man simply does not need an exact timeline, dates, or an official announcement from any government to do what is best, if they want to survive and help others.  People who procrastinate -- possibly due to the Second Great Depression and obligations and cannot leave earlier -- may not live to see the end of the cover up, much less the Aftertimes when humanity will eventually be free of the power and wealthy elites' utterly selfish control.  (Yes, there are exceptions among those elites, like STO Star Child President Barrack Obama.) 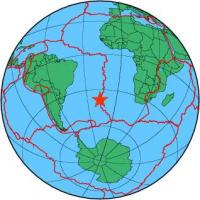 NEWS:- Two earthquakes of magnitude 1.8 and 3.6 were located respectively in Petit Bara and Ethiopia -
http://www.oga.dj/ LIST

Comment by jorge namour on September 19, 2011 at 10:27pm
Strong earthquake hits much of the country Guatemala 19/09/2011
Earthquake of 4.8, 4.9 and 4.7 magnitude on the Richter scale shook the country at 12, 12.33 and 13.17 hours respectively. The epicenters were located in Santa Rosa, which is active since last July a swarm of earthquakes due to the failure of Jalpatagua. Cibernauts reported tremors in most parts of the country. Fire reported three people killed in Santa Rosa, but authorities have not confirmed.

CITY OF GUATEMALA - The first tremor occurred at 11.59.52 hours, according to the Institute of Seismology, Volcanology, Meteorology and Hydrology (Insivumeh). Official records indicate that the event was 4.8 magnitude on the Richter scale and 4 degrees of intensity on the Mercalli scale.

"Very Strong", "very long", "felt strong," "how scary" were some of the comments from users of Prensa Libre in social networks to talk about the earthquake.

At 12.33 hours there was another tremor and Insivumeh reported that the event was 4.9 degrees on the Richter scale, 4 degrees of intensity on the Mercalli scale, always in Santa Rosa and 48 miles from the capital. Earlier the U.S. Geological Survey indicated that this earthquake was of 5.8 degrees.

The third quake, at 13.17 hours, was 4.7 degrees on the Richter scale and 4 degrees on the Mercalli scale, long centered in Santa Rosa and sensitive in most of the country.

Cell phone networks were saturated because of the number of users who need to communicate.

Firefighters preliminary reports that three people died in Santa Rosa because of the tremors, but details are unknown. The National Coordinator for Disaster Reduction (Conrad) called a press conference at 15 hours and still did not confirm the deaths.

Vial Protection Directorate (Provial) reported landslides in 65 and 75 km of the route to El Salvador, both senses of the pathway are blocked.

The staff evacuated the Tower of Courts, the Supreme Court and the Ministry of Finance as security measure.

Eddy Sanchez, director of Insivumeh, recommended that the education authorities to suspend classes in that department.

The center is Jalpatagua failure which is causing the earthquakes of this day, the same as from July this year triggered an earthquake enjambed in Santa Rosa.

Social network users have reported that their workplace has continued the work, but others were evacuated