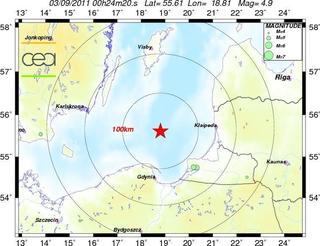 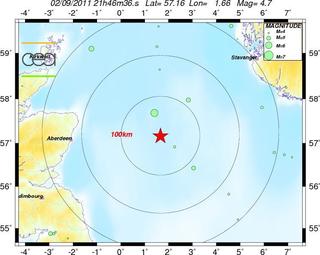 The Ring of Fire has been quite active again over the past week. GFZ Potsdam reporte this one as a 6.6.  http://geofon.gfz-potsdam.de/eqinfo/list.php

But this one is not only a deep one, it is significant - just a tad above where the South American continent is supposed to tear above Buenos Aires as the top swings to the left. Some seismic activity in the Atlantic would confirm this. 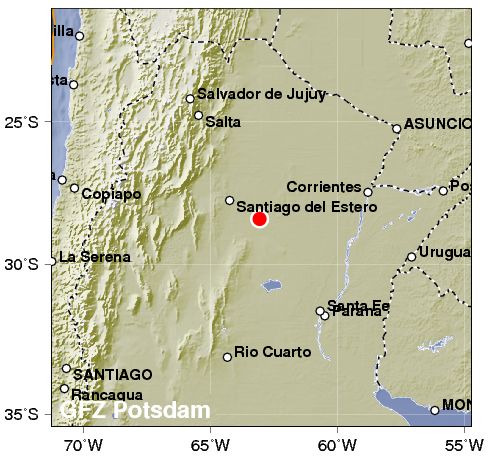 No major damage was immediately reported from a 4.2 earthquake that rattled the region Thursday afternoon.

Los Angeles County Fire Capt. Mark Savage said the department had received no calls for assistance due to the temblor, which was centered near Newhall.

The quake was felt across L.A., including the San Fernando Valley, downtown L.A. and the Westside.

"Just a rolly," said an operator at Olive View Medical Center in Sylmar.

Hundreds of people told the U.S. Geological Survey "Did You Feel It" site that they felt the temblor 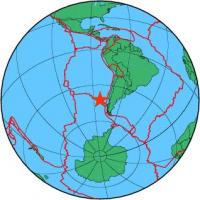 Comment by jorge namour on September 1, 2011 at 4:06pm
Mild earthquake shakes southern towns, villages SAUDI ARABIA Aug 29, 2011 23:58
JEDDAH: An earthquake measuring 4.4 on the Richter scale shook a number of towns and villages in southern Saudi Arabia early Monday morning, the National Center for Earthquakes and Volcanoes of the Saudi Geological Survey (SGS) announced.
It said no loss of lives or properties were reported.

Director of the center Hani Zahran said the tremor was probably caused by the eruption of old seismic rifts and cracks buried under the earth to a depth of about 10 km.
He said the tremor was part of the geological phenomenon in the region, which is characterized by a 200 km long rift.