Would the Zetas care to comment on the C-130 that crashed May 02, 2018?  There are some inconsistencies in reports.  The plane crashes then there seems to be a delay in the explosion.  Was there a missile strike after the crash to destroy evidence?  Is this a continuation of the Deep State war against the military?  Are there remote controlled devices on planes that allow others to disable planes in flight? Or, is this simply an EMP from Planet X? [and from another] https://www.facebook.com/graeme.gordon/videos/10155658547818693/ [and from another] https://youtu.be/52-f2Wnh9WY [and from another] Cameras catch deadly military cargo plane crash in Georgia https://www.youtube.com/watch?v=rt-K0BDBeMo&authuser=0 [and from another] https://www.cbsnews.com/news/savannah-plane-crash-video-shows-natio... Surveillance video captured a 1950s-era military cargo plane plunging to the ground. The C-130 aircraft exploded into flames on a busy Georgia highway Wednesday, killing all nine crew members aboard. The Puerto Rico National Guard was headed for retirement. The plane banked left before nosediving and spiraling into the ground. Seconds later, a fireball and black smoke went shooting into the sky. The plane crashed into the median of the highway, narrowly avoiding traffic, warehouses and a nearby gas station. [and from another] https://www.nbcnews.com/news/us-news/investigators-search-cause-dea... [and from another] https://www.reuters.com/article/us-usa-military-crash/two-u-s-soldi... Two U.S. soldiers died in a helicopter crash during training at Fort Campbell, Kentucky, the Army said on Saturday, marking the fourth U.S. military aircraft mishap in less than a week. A U.S. Marine Corps helicopter crashed during training in Southern California on Tuesday. All four members were believed to be killed. A Marine jet also crashed in Djibouti on Tuesday. The pilot was later reported in stable condition. On Wednesday, a U.S. Air Force pilot with the traveling Thunderbirds exhibition squad died when his F-16 fighter jet crashed in Nevada. 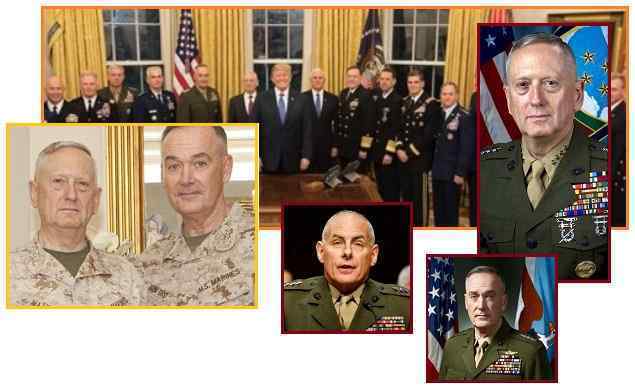 Has the war with the Deep State reached the point where there are battles within the US Military for control? Dunford’s Marines removed the hand of the Jewish bankers from the US Federal Reserve in October, 2015. Dunford’s Marines were the group that landed at Langley last November to confiscate the CIA files.  Secretary of Defense Mattis is a Marine. Chief of Staff Kelly is a Marine. Do you see a pattern here? We have recently mentioned that Soros is trying to create riots and chaos in the US so that sleeper cells in the US Military can upend Trump’s Junta. They feel they can no longer wait, as they are losing on all fronts.

We have described a Transformation Team composed of Anonymous, Ben Fulford groups, Dunford’s crew, Wikileaks and Assange, the Puppet Master, ourselves at ZetaTalk and Nancy, the Council of Worlds, and now we must add Q. The team is vast and deep. The Transformation Team fights for truth vs the lies the corporate media spews. Fights to empower mankind with the truth about Nibiru. Fights to reverse debt slavery used by western and Jewish banks as an insidious tool to enslave mankind. Who are these people?

The enigmatic Q refers to the good guys as White Hats and those wanting to control and enslave mankind as Black Hats. Ben Fulford refers to the bad guys as the Kazarian Mafia, as the Jewish banking empire as well as Nethanyahu himself hail from the Armenian Jews, the Kazarian empire. Some refer to them as the Illuminati. We have referred to them as the Cabal, as both the Bush and Clinton presidencies were compliant and were well funded by Soros.  We have also referred to them as the New World Order crowd.

They strive to trigger World War III as during chaos they could come out on top, and opportunities abound. War with Russia has been pushed hard, thus all the lies about Russian interference with the 2016 election. Via Herbert Bush, the US has become awash with drugs, to weaken its populace. And many of the school shootings have the aim of changing the 2nd Amendment so the American public is no longer armed. Wars in the Middle East have been fomented, the goal of 911 which was indeed an insider job, so that they could control all the oil the world relies upon. Control is a deep desire of those who are self-serving, what we call the Service-to-Self.

Attempts to intimidate Dunford’s Junta have included trying to nuke Hawaii, and trying to commandeer US nuclear submarines via sleeper cell command posts near Denver. These are only a few of the instances, most not in the media at all. Most of this war is hidden. But when several helicopters crashed within days of each other, it was clear that they were being triggered. Then this stopped, as the triggers were located and dismantled. Now we have a C-130 crash, in a plane that was old but not disabled. Those responsible have been found and quietly terminated, but such instances could be repeated. The war is not yet won.