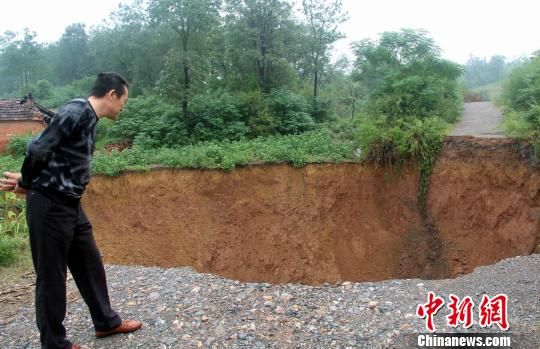 BEIJING, Sept. 11 Jingmen Power (Reporter Wuqi Yong) reporter on the 11th from Jingmen City Land Resources Bureau, Jingmen City suburbs gypsum mine since its inception in 1970, a total of 33 ground subsidence, collapse area of ​​387,033.44 square meters. because of relocation in place, no casualties occurred events.

11, reporters rushed Jingmen Dongbao gypsum mine subsidence area of ​​subsidence area production and living conditions for people to understand. Located Toho District Sub gulingzhen Xinqiao three groups Anton residential settlements, more than 40 family houses and tidy arranged in the sides of the road. Residents Luo Hong Son told reporters that she was moving out in 2009, the current housing reached more than 200 square meters, the original housing and nearly 10 acres of land around, because there is no collapse, basically still normal farming. government department set up warning signs, giving each farmer have repeatedly issued a 'Escaping understand card.'

'We have come down to earth to see the fields have no cracks, cracks that can not go past few years has worked out his own experience. Those who caved fields, we do not dare to harvest. Too dangerous.' Luo said Hong Son .

He Guizhi damiaocun five groups who are not yet relocated eight farmers in the affected area, one of the floors and Angola saw her house stood two civil sector tents. He Guizhi told reporters that the family children are working outside, a few old man still in the original housing usually cook all night in tents. just waiting for relocation housing built after moving.

Accompanied by village cadres told reporters, as this eight residential housing in the collapse zone, belonging to the inhabitants of the final demolition of the current housing project is still at the tender procedure. Government departments to ensure safety, it would also allow them to live as soon as possible new houses.

He Guizhi home in front of about 200 meters, the reporter saw just a few days before the collapse of the 'sinkhole' middle country road a hundred square collapse pit, nearly 10 meters depth, from time to time there are mud pit next to the drop. Rural the road has been interrupted while the distance here over last reporter to interview in hundred meters from the collapse pit As time goes by, I believe near collapse will continue. We have spoken previously of the areas to be affected by the bending of the tongue holding Indonesia, but can now give more specifics. Draw a line from the city of Hangzhou directly east, and consider this horizontal line the point of bend. This does not mean that points north can rest easy, as when the tongue bends down water from various sides will rush in to fill the void, and these waters will have a rebound in the form of tsunami which can race northward at a height of 20-30 feet. The southern coast of China was likewise warned that they could experience loss of elevation. How much will their coastline drop, that they needed this warning from the Hangzhou UFO? This coastline, in general, can anticipate losing 20 feet in elevation, which will likewise afflict Taiwan though Taiwan is high land and will not be as devastated. What do an enclosed lake in Greece, an enclosed lake near Rio, and a river in China have in common?  Though blamed on “an inexplicable absence of oxygen” in Greece, on raw sewage in Rio, and on ammonia in the water in China, these disparate cases have the same cause – methane released due to being in a stretch zone.  The Eurasian Plate is stretched from Europe to China. The S American Plate is bowing such that the area near Rio is stretched. And in China the Hubei province is rift with deep rivers, which is a sign of thin crust at that point, the crust drooping from lack of support. Rock strata that is stretched to release methane trapped between rock layers, or drooping crust that tugs on surrounding rock are the cause.

As noted in our explanation of the Hangzhou UFO sighting, which was seen from the airport at Hangzhou and down along the China coastline all the way to the Vietnam Sea, this coastline can anticipate participating in the 7 of 10 sinking of the plate tongue holding Indonesia. This is what is emerging. As we pointed out at that time, these regions were being warned about tsunami and a suddenly rising sea level as the plate tongue holding Indonesia is bent and pulled down. Note the path of the quakes you delineated, and they are along this path that was warned. This area of China is also subject to being bent, as the crust is not as thick as further inland, and as is known is having horrific sinkhole problems.

Thanks Khan, this and other sinkholes in China for last 1-2 weeks 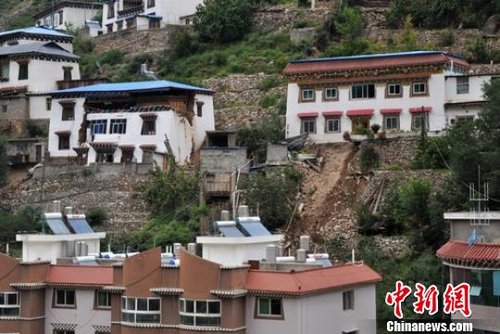 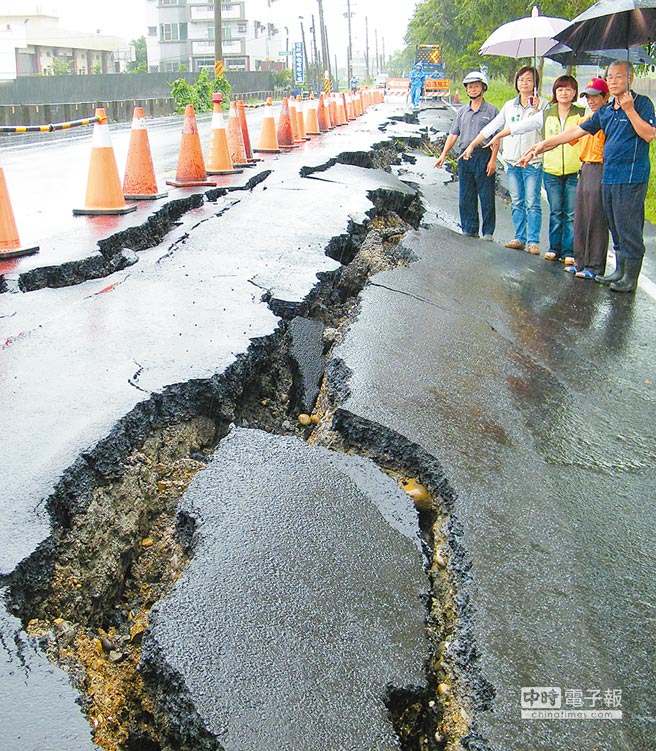 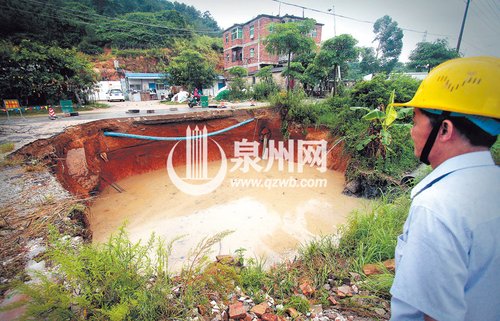 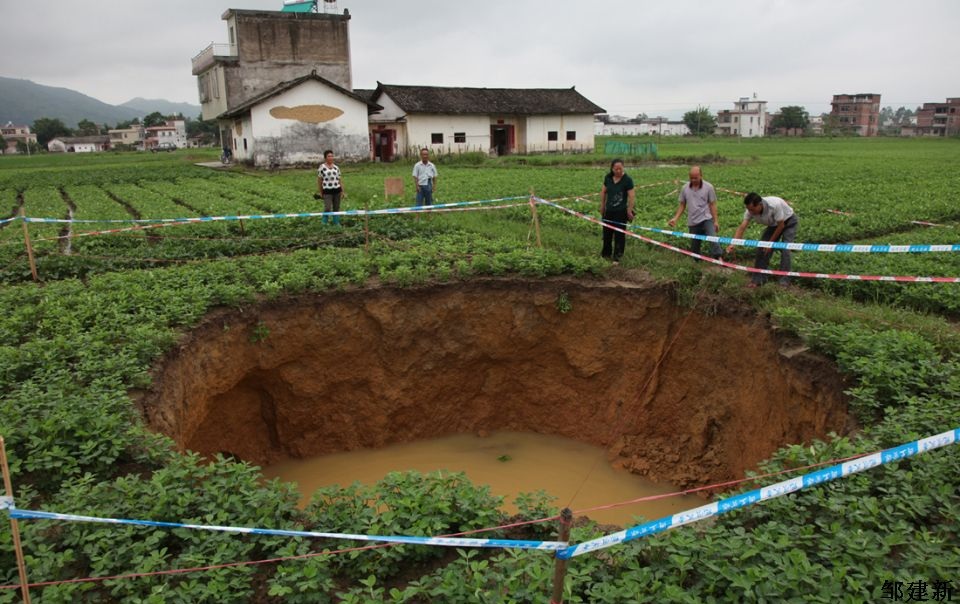 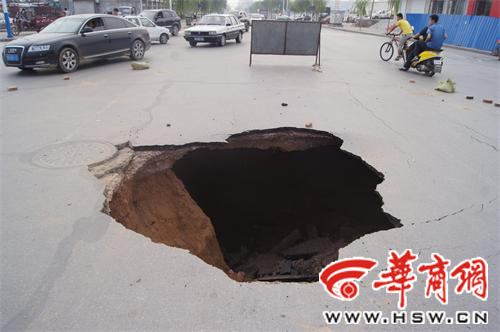 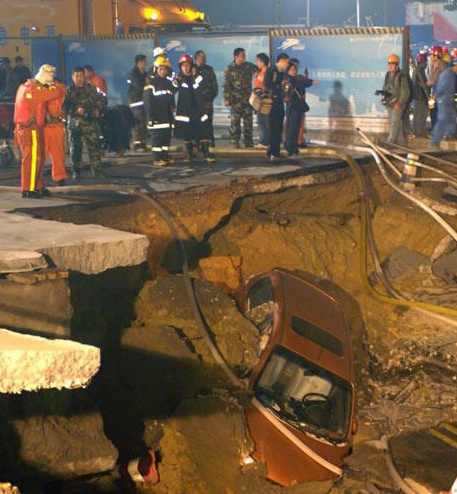 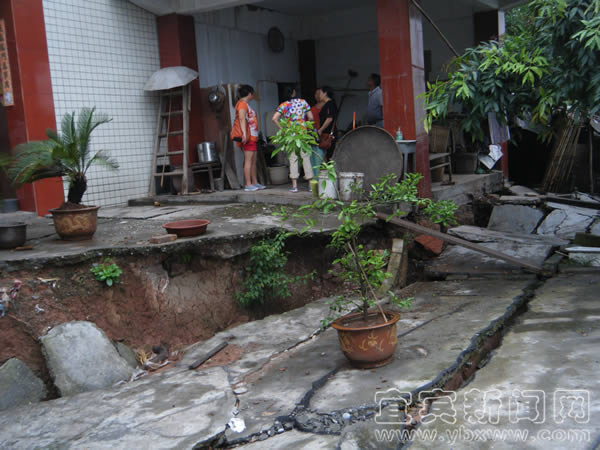