But while northern Europe may have a gentle transition, the folded and fractured seafloor offshore of southwestern Spain leads scientists to think Earth's crust is poised on the brink between the two types of plate boundaries.

"We are precisely in the transition between a passive and an active margin. The plate is breaking in two and starting to converge," Duarte told OurAmazingPlanet in an email interview.

They also shared a future scenario: 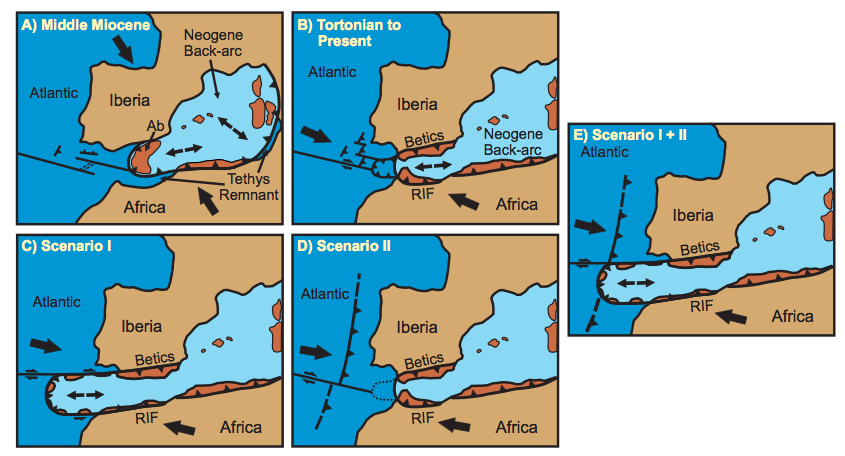 And here is ZetaTalk Chat Q&A and Kojima's illustrations;

To me, seems like this new discover is related with top part of the African plate shifting to the east.

SOZT
Yes, there is movement in the Straits of Gibraltar, but the reasons these scientists surmise is hardly the cause. It is clear from the pattern of Continental Drift
http://www.zetatalk.com/science/s07.htm
that the African Plate is floating away from the Eurasian Plate. Why would it move in the other direction when the Ring of Fire is compressing and the Atlantic pulling apart! The African Rift Zone is increasing regularly, as current volcanic activity shows. Of course there were great earthquakes along the Mediterranean in the recent past, because the edges of the plates are not smooth so jolting occurs during any rolling of the African Plate.

Why are these scientists then drumming on the word SUBDUCTION to explain why Gibraltar is likely to stretch? Subduction implies being pushed TOGETHER. We have stressed that many people simply cannot face the trauma that the Earth has suffered in her recent past, every 3,600 years as her geology shows. The concept of crustal shifts is simply too frightening, so they refuse to consider this. Here once again we have scientists behaving illogically. In no way is the SPREADING of Gibraltar, here predicted by these scientists, caused by a subduction. This is illogical, a contradiction.

We have predicted that the Straits of Gibraltar would separate further by 125 miles,
http://www.zetatalk.com/info/tinfx355.htm
during the 7 of 10 plate movement, during the African Roll. Note how the future scenarios drawn by these scientists include one scenario that has the touch points of the straits suddenly having a greater distance, while the plates above and below remain the same! If the plates do not move, the touch points would also not logically move! Are these scientist reading ZetaTalk? Many do, and point their research toward analyzing our predictions. By mixing their fears with our prediction accuracy, the scientists are showing yet another illogical contradiction.
EOZT

Somewhat related to the African roll is the story that has just come out on NBC News.  Seems the establishment is trying to get out ahead of the expected Istanbul earthquake as part of the 7/10's.