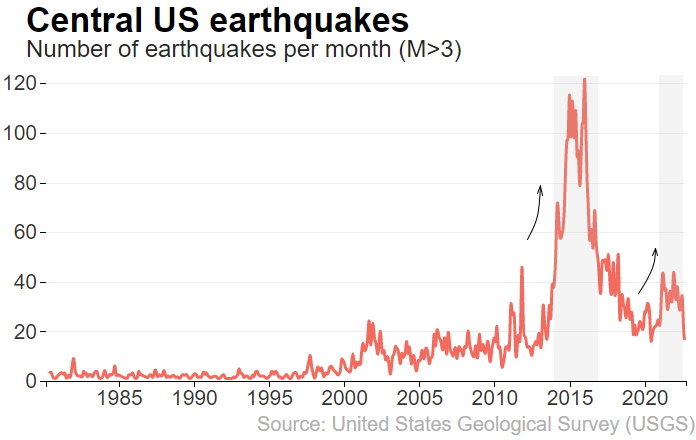 I downloaded the monthly quake data for the central US and found a new rise in quakes around the beginning of 2020. The result can be seen in the chart above. 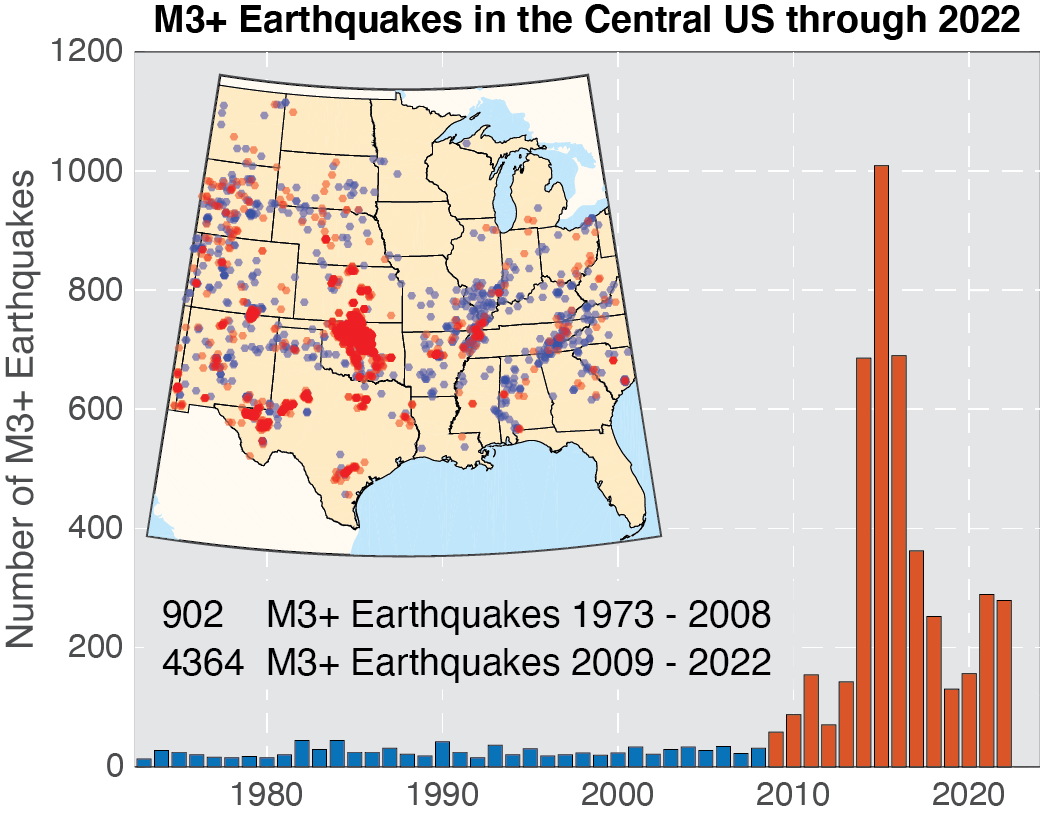 This new growth from 2020 is also visible in the USGS chart above. Keep in mind that 2022 is not over yet. 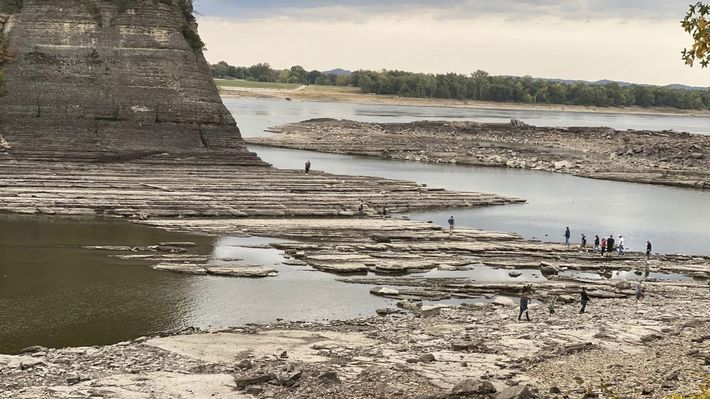 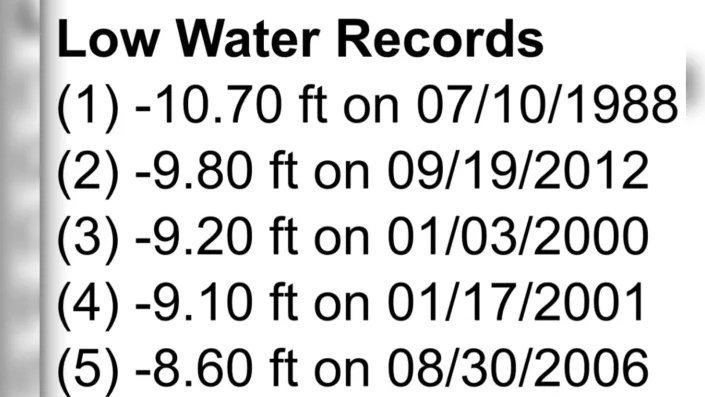 That July was the first, and previously only, time in Mississippi River history to record a double-digit negative number on the Memphis gauge unit." Though the low level of the Mississipi this year is unprecedented in modern history, it’s normal, however, to see lower levels in the mighty river at this time of year, around areas such as Memphis. To be sure, during late summer and early fall, the waters can run low after hot and dry summers.

The 2022 level of the Mississippi’s water is, significantly, the lowest anyone has seen since records began being kept in 1954."

I also decided to check and download data for the Mississippi River in the Memphis area. The result can be seen below, the river level has reached its lowest level ever! Data can be downloaded here: 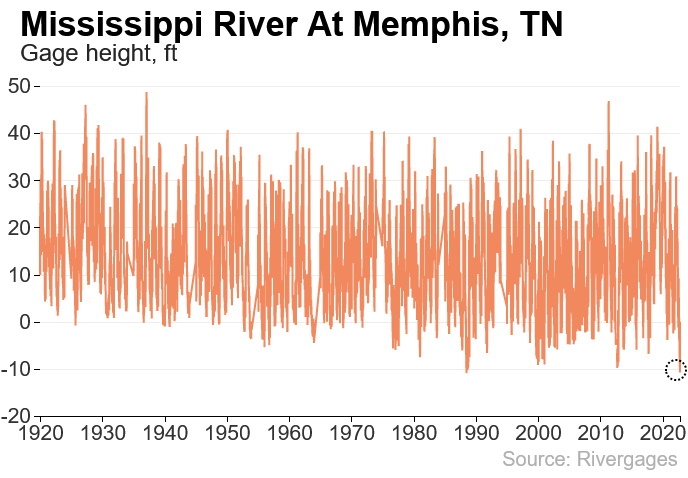