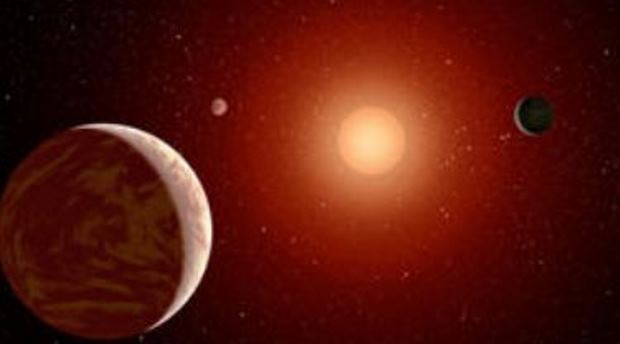 The US space agency confirmed that its Perseverance rover has safely touched down on the surface of the Red Planet, where it is supposed to probe the soil for traces of past life over a full Martian year.

“I’m safe on Mars,” NASA tweeted from the account set up for the rover, just before 4 pm Eastern time on Thursday.

The probe survived the descent through the Martian atmosphere and used a newly developed autonomous guidance system to safely land in Jezero Crater, at the edge of Isidis Planitia.

The landing was the most difficult part of the mission, as the signal lag from Earth to Mars is 11 minutes, meaning there is no way for the probe to be piloted remotely.

Among its instruments are 19 cameras and two microphones that will allow audio recordings of Mars.

The NASA probe left Earth in June 2020, to fully exploit the favorable launch window. Two other probes, the UAE’s Hope orbiter and China’s Tianwen-1, were also sent towards the red planet at the time.

NASA’s plan is to follow the ground deployment of Perseverance with Ingenuity, a drone helicopter that would make the first powered flight on another planet. Ingenuity is scheduled to deploy by March 19, and conduct a series of proof-of-concept flights while communicating with the rover. 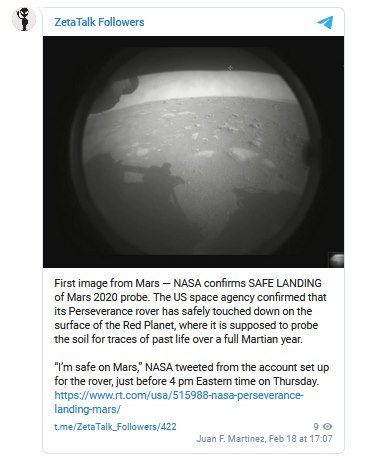 Brace yourselves! The Emergency Broadcast System that will expose the fraudulent election and the cabal is at hand!

Internet is going down everywhere.

Could this be a sign that the Emergency Broadcast is about to happen? 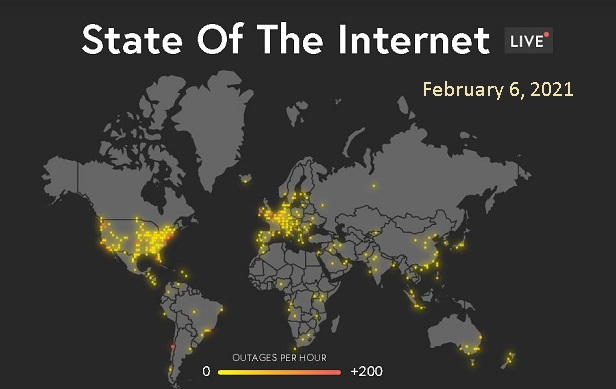 Travis Walton was recently on the Joe Rogan podcast. He describes his encounter with aliens long confirmed by the Zetas as a legit encounter!

Here are the links:

Scientists say ‘invisible aliens’ live among us. Revolutionary discovery or proof that too many useless academics live among us?

The aliens have landed. For decades, this belief has been associated with cranks, but now a surprisingly healthy number of university-employed scientists and researchers are suggesting that aliens live among us, on planet Earth. 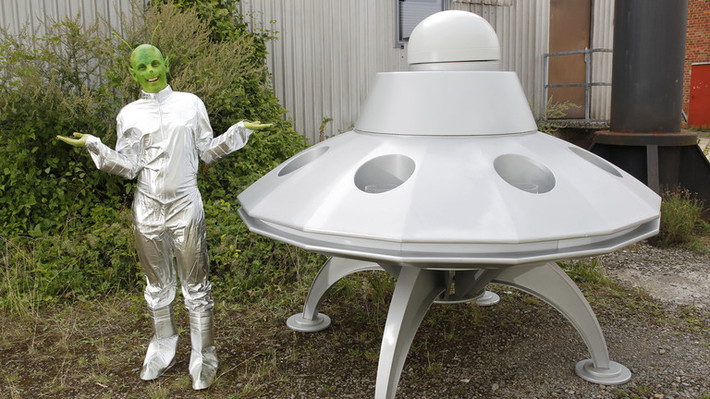 We’re set to hear what US intelligence agencies have learnt about UFOs in their decades investigating the phenomenon, thanks to a law buried deep in the emergency relief bill that was signed by President Donald Trump.

A 180-day clock is ticking for the secretary of defense and the director of national intelligence to provide Congress with an unclassified report about “unidentified aerial phenomena” – more commonly referred to as Unidentified Flying Objects (UFOs) – due to one of the stipulations contained in the 5,600-page bill that Trump signed in late December.

The report is required to include “a detailed analysis of unidentified aerial phenomena data and intelligence reporting collected or held” by almost all US intelligence agencies. 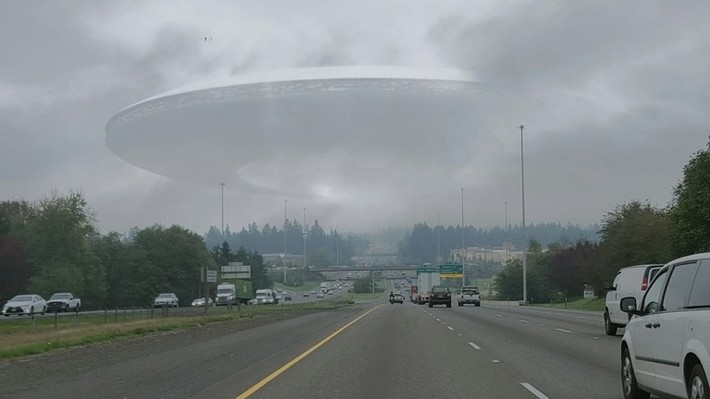 President Trump’s signature Sunday on the $2.3 trillion COVID-19 relief and government funding bill started a 180-day countdown for the Pentagon and spy agencies to say what they know about UFOs.
The provision received very little attention, in part because it wasn’t included in the text of the 5,593-page legislation, but as a “committee comment” attached to the annual intelligence authorization act, which was rolled into the massive bill.

Former Pentagon and legislative officials confirmed Tuesday to the publication The Debrief that the package begins the clock on UFO disclosures.

Defense Department spokesperson Sue Gough told The Post: “We are aware that the Senate Select Committee on Intelligence committee report on the Intelligence Authorization Act for fiscal 2021 included a requirement for the Director of National Intelligence, in consultation with the Secretary of Defense, to submit a report on unidentified aerial phenomena (UAPs) within 180 days of enactment.”
Spokespeople for Rubio, who pushed for more UFO transparency, did not respond to The Post’s multiple requests for comment.

Chris Mellon, former deputy assistant secretary of defense for intelligence, told The Debrief that “the newly enacted Intelligence Authorization Act incorporates the Senate Intelligence Committee’s report language calling for an unclassified, all-source report on the UAP phenomenon. This was accomplished in the Joint Explanatory Statement accompanying the bill.”

“Consequently, it’s now fair to say that the request for an unclassified report on the UAP phenomenon enjoys the support of both parties in both Houses of Congress,” said Mellon, who is also a former staff director of the Senate Intelligence Committee.

“Assuming the Executive Branch honors this important request, the nation will at long last have an objective basis for assessing the validity of the issue and its national security implications. This is an extraordinary and long overdue opportunity.”

Mellon added: “I’m hopeful the new Administration will rigorously execute its oversight prerogatives because the concerns of the public and numerous U.S. military personnel have been ignored by a complacent national security bureaucracy for far too long.”

Nick Pope, who ran the “UFO office” of the UK’s Ministry of Defence, told The Post, “I welcome this move, which shows how seriously the phenomenon is being taken in the intelligence community.”
Pope said that “the Pentagon’s Unidentified Aerial Phenomena Task Force is probably already drafting the report for DNI to send to the Senate Intelligence Committee. Questions remain about what the report will say and how much can ever be made public, given the highly classified nature of some of the material, but this is a step in the right direction.”

Trump as commander-in-chief has brushed off questions about UFOs and possible alien life. “I’m not a believer, but you know, I guess anything is possible,” he said in an interview last year. 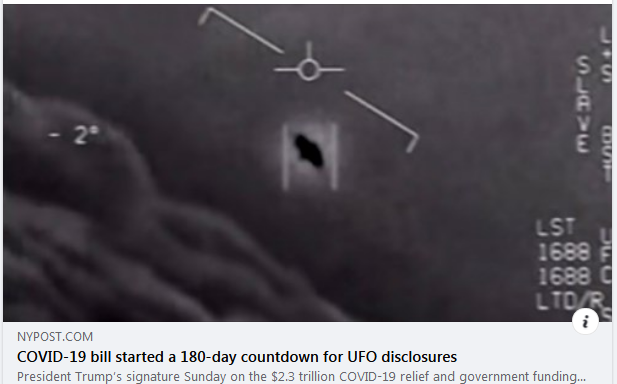 British royal Prince Philip has a long-running obsession with aliens and UFOs which was sparked by Lord Louis Mountbatten writing an official report about a strange encounter with a spaceship on his estate.

The Queen of England’s husband has reportedly spent decades building up a trove of books on extraterrestrials. The fascination developed after Mountbatten made an official report about a bizarre experience one of his employees allegedly had with a silver spaceship on the grounds of his Broadlands estate in Romsey, Hampshire.

“Mr Briggs was still dazed when I first saw him and was worried that no one would believe his story,” Mountbatten wrote of the 1955 incident. “Indeed, he made a point of saying that he had never believed in Flying Saucer stories before, and had been absolutely amazed at what he had seen.” 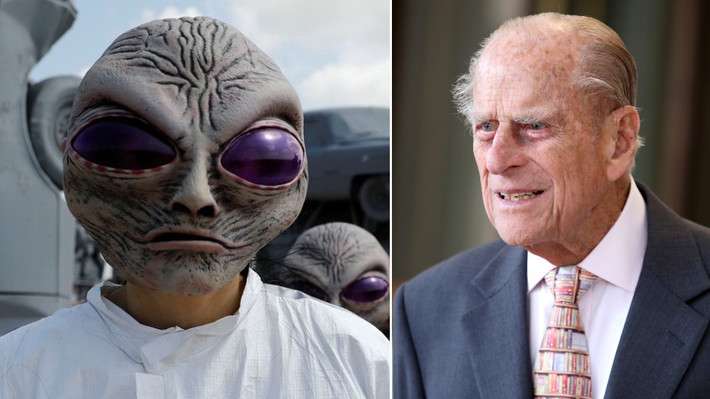 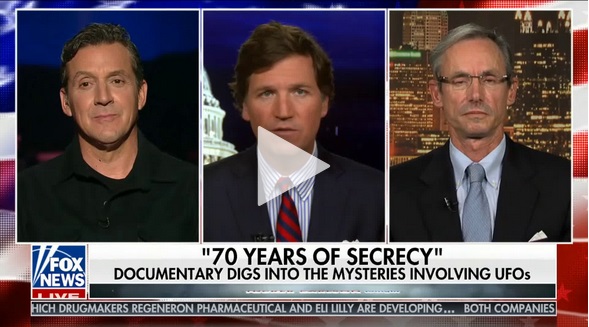 As he often does, Tucker Carlson took a break from talking politics for a few minutes at the very end of his Fox News show on Friday night — to talk about aliens and UFOs.

The last time Tucker talked about aliens on his show was mid-September, when we got the the news that there is very likely some form of life on Venus. This time, the topic was prompted by the release of an obscure new documentary called “The Phenomenon” — which claims to be, according to the product description on Vudu, “the most credible examination of the global mystery and cover-up involving UFOs.”

The doc, which was put up for sale and rental on streaming services this past Tuesday, features former Sen. Harry Reid talking about how the government is still keeping most of the evidence of UFOs under wraps. It’s also narrated by “Sphere” star Peter Coyote.

Also Read: Tucker Carlson Wonders When the Government Will Finally Tell Us Abo...

“If this wasn’t an election year we’d be doing a full hour of this, maybe a full week. It’s that important,” Tucker said of the release of the documentary, which currently has six reviews from critics listed on Rotten Tomatoes, and five user reviews.

“We used to be defensive on this topic, but there’s no reason to be. There is now an enormous amount of evidence, including physical evidence, that UFOs — whatever they are — are real,” Tucker went on. “Why don’t we know a lot more about this? Because the government has hidden that information from us, outrageously. But now some of that information has come into public view thanks to a new documentary called ‘The Phenomenon.’

“Tucker Carlson Tonight” then pulled up a clip from the film in which Reid says he thinks “it’s very, very bad for a country” that the government won’t tell us about the UFOs. And that “most” of the physical evidence for UFOs has remained locked away.

“It’s outrageous,” Tucker said after the clip. “And it’s not a partisan question, by the way. That of course was former Senate Majority Leader Harry Reid of Nevada, a Democrat if there ever was one. But that’s not even the biggest claim he makes. According to the film, Reid said that UFOs have actually and repeatedly interfered with our nuclear weapons capabilities.

“So where are these UFOs from? Some researchers told the filmmakers that their origins are becoming clearer.” 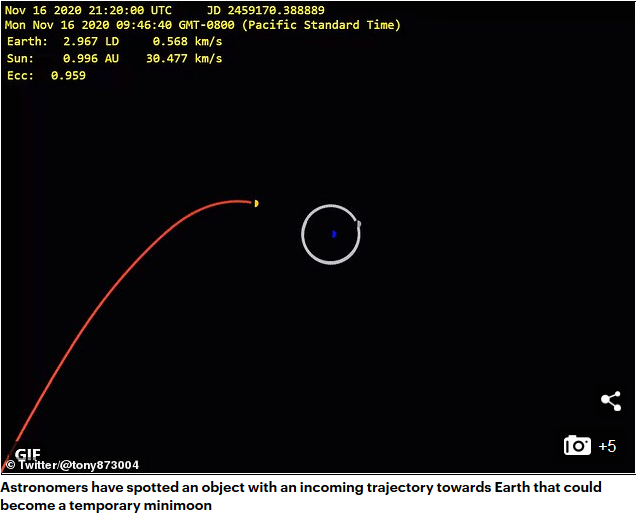