Zetas did a new ZT on this. Legit!

Is this real?
[and from another]
https://www.youtube.com/watch?v=4Z6gIgtaGXc
The shots were captured by night guard Yalcin Yalman in a compound in Turkey earlier this year. The 42-year-old and a number of residents claim the UFOs were spotted over a four month period between May and September near the compound in Istanbul. Almost two-and-a-half hours of footage was filmed featuring a variety of objects ranging from incredible flying saucer-type 'craft' to clustering orb-like lights hovering in the night sky. The clips were handed to the Sirius UFO Space Science Research Centre in Turkey who interviewed witnesses and painstakingly combed through the footage frame by frame. International UFO researcher Haktan Akdogan said: "In this amazing video footage, physical forms of UFOs and their metallic structures are clearly noticeable. "What is more important is that in the close-up of some footages of the objects, entities in them can be distinctly made out." He continues: "We have spoken with all of the witnesses and had detailed analysis conducted on all two-and-a-half hours of footage. "After conducting all of the analysis we came to the conclusion that this video footage is 100 per cent genuine. It has earned the seal of approval from British experts.
[and from another]
https://youtu.be/IUEjeYn5Obg
[and from another]
http://www.zetatalk.com/theword/tworx200.htm
Surgeon Discusses Results of Implant Removal
[and from another]
https://www.top10ufo.com/?s=Dr+Roger+Leir&submit=Search
Dr. Roger Leir, author of “Aliens and the Scalpel,” has been said to be one of the worlds most important leaders in physical evidence research involving the field of Ufology. He and his surgical team have performed nine surgeries on alleged alien abductees. This resulted in the removal of ten separate and distinct objects suspected of being alien implants. These objects have been scientifically investigated by some of the most prestigious laboratories in the world. Their findings have been baffling and some comparisons have been made to meteorite samples. Dr. Leir anticipates performing more surgeries in the future and will investigate the physiological and biological aspects of the abduction phenomenon. He has also formed a non-profit organization for this purpose called “A & S Research Inc.” 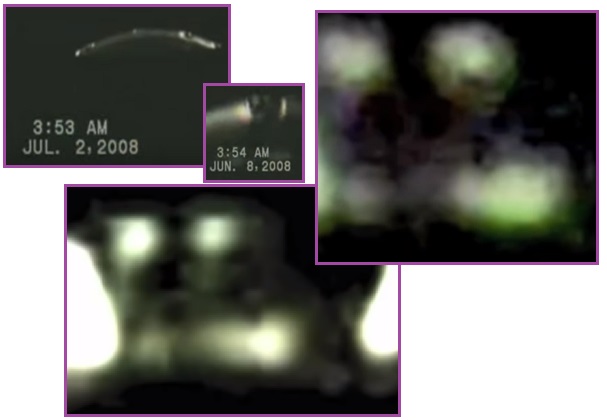 SOZT
These photos are the result of genuine UFO sightings in Turkey. The site for this Awakening
http://www.zetatalk.com/awaken/a00.htm
boost was chosen because of the intense skepticism among Muslim countries. Thus, if it passed scrutiny in this country, the rest of the world would take these sighting seriously. The craft was piloted by three aliens, two of which can be seen in the cockpit. As we have noted, the visitors often operate in a team of 3,
http://www.zetatalk.com/worlds/w57.htm
a triad, so disagreements can be quickly settled.
EOZT

Prior 1996 ZT: http://www.zetatalk.com/worlds/w57.htm
Aliens are often reported in groups of three, a triad, and this relationship is even observed during visits from entities in light form. The triad is not a magical formation, it is a practical arrangement.