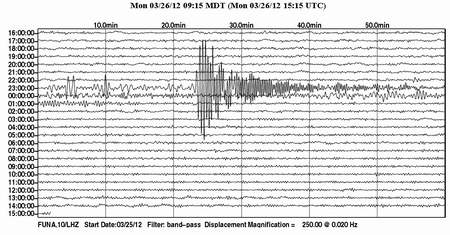 @ Pete Dee: I too have been unable to access LISS but when I changed my link to :

then I have had success....

Another amplitude around 11 Utc With the Wobble getting worse, the evidence would be in the ocean as well...

Rugby team swept out to sea

One dead, five missing as rugby team swept out to sea in South Africa

ONE person died and five remained missing today after 21 rugby players were swept out to sea following a beach training session in South Africa.

The players were cooling off in the sea in Bluewater Bay, in the southern city of Port Elizabeth, following the practice session when they were suddenly swept away by a strong current.

"Motherwell Rugby Club wishes to announce that 6 of our players drowned at Bluewaterbay beach yesterday," the club posted on Facebook. "1 drowned, 5 are still missing and feared dead."

Rescuers managed to save 15 people, who were taken to the hospital and treated for shock.

"Everything was peaceful, the sea was calm and they were up to their chests in the water," rescuer Brendon Helm told the News24 website. "The next moment we just saw arms and hands in the air as the current swept them away."

"It is something I will always remember," he added. "Only eight of us and 21 desperate people with wide open eyes begging to come out. Some of us took out two or three at a time and almost got into trouble ourselves."

This highlights the proof that the Earth Wobble has become worse, it has intensified.  It is not too difficult now to understand that the ships on the oceans are at grave risk of the same fate as the Costa Concordia - which was Wobble related as well.  As per ZetaTalk http://poleshift.ning.com/profiles/blogs/7-of-10-status-as-of-janua...

It's continuing. Other amplitudes.... 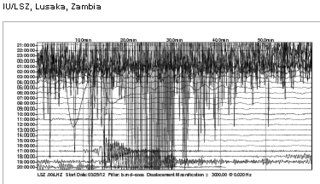 Here's a bit that I cropped out from the SSEC images:

Clouds go their way, while the land goes up and then to the left.