The Maya were in contact with extra-terrestrials, as were many native american cultures, who believe they were transplanted on Earth, transported on spaceships from their dying planet somewhere in the Pleiades.

Standing Elk, Lakota Keeper of the Six-Pointed Star Nation Altar, in his opening remarks noted that Medicine Men have the ability to communicate with the spiritual conscious entities of Mother Earth, such as the Eagle, the Deer, and the Coyote, as well as the Star Nations.

"The Star Nations were the most crucial of all entities, because the thought of other races communicating with the grassroots [indigenous] people would create a major threat to the religious systems, the economy and educational system of any government. The greatest fear in the governmental structures was the knowledge that all forms of `Star Governments' had no monetary systems within their governing structures. Their (Star Visitors') system was based on the mental, spiritual and universal laws with which they were too mentally and spiritually intelligent to break. The collapse of the monetary system within the United States Government and the Religious Denominations became a National Security issue, and so it became an easier task to make the Lakota/Dakota belief system illegal to participate [in] and practice."

Standing Elk added that "The Lakota/Dakota Medicine Men are now being instructed to share spiritual knowledge of the Star Nations, because of the contamination of Mother Earth and the pollution of the air."

He spoke of as a child witnessing large UFO ships flying down the nearby Missouri River valley, green balls of light four times larger than a school auditorium. Through portholes on the sides of these ships he could see shadows of persons inside. During one encounter he met a seven-foot-tall man in white clothes who appeared like a middle-aged Caucasian. The room was filled with light. It contained computer-like machines which operated on light and "the law of thought".

Standing Elk talked about meeting another Sioux Medicine Man who confirmed that there are Star Visitors. Some are like ants, with big, black eyes and long fingers and toes. Some live out in the cosmos and some on the other side of the Moon. Sioux legends relate that the Sioux had their origin from the Pleiades, with others coming from the Sirius and Orion systems.
Standing Elk related about having visitations in the sweat lodge from the "Gray" Zetas, who bear messages and provide answers to questions. Standing Elk talked about being visited by a five-foot-tall, orange-skinned Star Visitor with large eyes. He also mentioned blue and green Star People, and "a hundred other races you don't know about."

He asserted that "the way of the Stars is in every culture."

The American Indian bears the marks of shared genetics with Asians that crossed the land bridge to Alaska, but the root race was much older and unique to the Americas. Unlike the six races of man, who were formed by genetically engineering an ape of Earth, the American Indian was a transplanted hominoid who arrived far earlier. Why have their bones not been found? What is discovered from the prior race of transplanted hominoids is not recognized for what it is. This race was slight in build, and is taken for monkey bones when found. 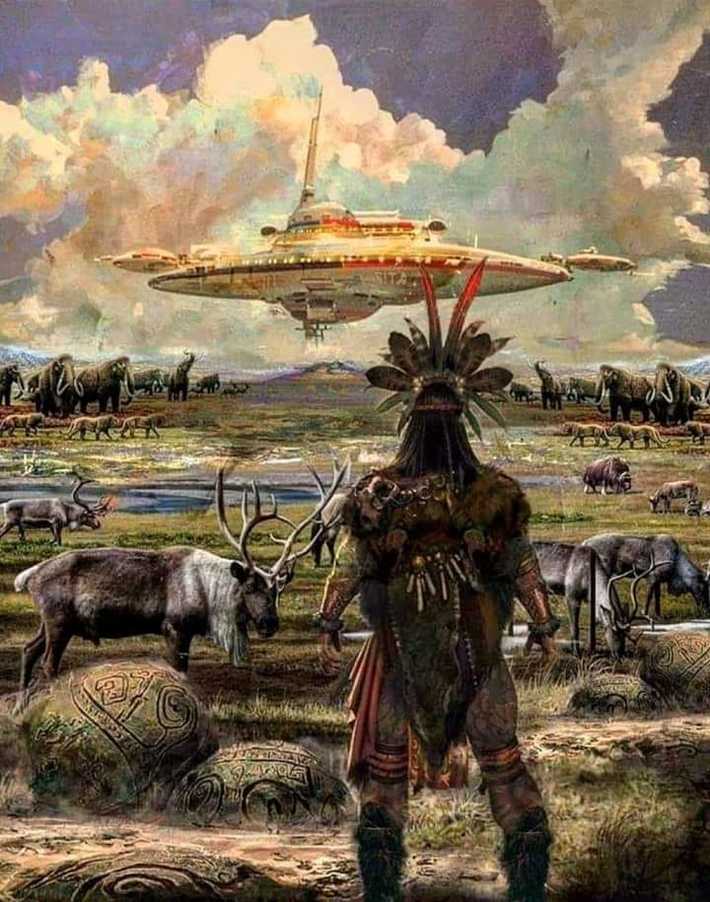 A former NASA astronaut posted a photo from the ISS that seemed to show a UFO. The picture sent conspiracy theorists into a frenzy.

Scott Kelly commanded the International Space Station (ISS) on Expedition 26,45 and 46. While he launched in Soyuz TMA-16M on March 27, 2015, he detailed his journey on social media, providing regular updates.

However, he appeared to snap a photo on board the ISS a small, white object in the top right. Mr Kelly tweeted a picture of India from outer space on November 15. At first glance, the photo shows merely Southern India lit up during the night. However, some space enthusiasts were quick to notice the UFO in the top right of the picture that looked out of place.

They said that Scott did a great shot of a UFO, but many others quickly debunked the UFO theories. Debunkers noted that the UFO was actually part of the space station. They explained that the High Definition Earth-Viewing System was mounted on the outside of the European Space Agency’s Columbus module and it resembled the same shape to that in the photo.

However, many others suggested that it was a UFO and these debunkers were just finding ways to cover up the truth or commissioned by NASA to drive away the public to the fact on the existence of aliens and UFOs monitoring the ISS.

The SpaceX live feed appears to 'cover up' reflective objects in the back of the frame as they change the image shortly after the objects appear. Experts claim the 'UFOs' were captured on the cameras and SpaceX quickly changed the camera to hide them. 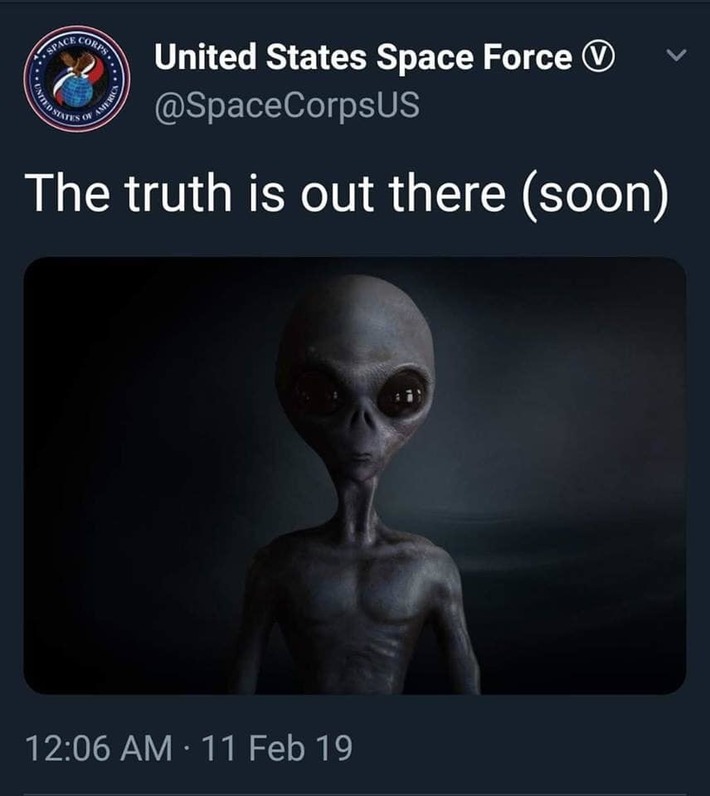 Space X Dragon has a huge UFO by it with slight reflected from Dragon engines! Object UFO comes back around again as several angles capture object. 3D enhanced above shows some features of tubes and lights in a type of triangle shape. 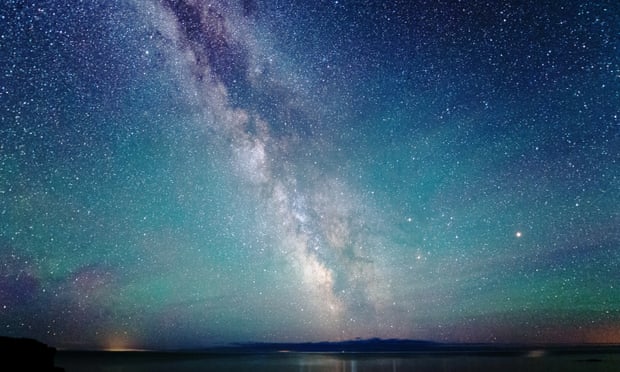 The Irish Aviation Authority is investigating after an unidentified flying object was sighted by pilots flying over Ireland.

On the morning of 9 November the pilot of British Airways flight BA94 from Montreal called air traffic control in Shannon to report seeing an object moving past her aircraft, and asked if there were any military exercises taking place off the west coast of Ireland.

“It was moving so fast,” she said. “It came up on our left-hand side and then rapidly veered to the north. It was a very bright light that disappeared at very high speed.”

According to a recording of the conversation by Airlive, a site for enthusiasts, the pilot was told there were no military exercises in the area. “There’s nothing showing on either primary or secondary [radar],” air traffic control said, according to the report.

The pilot said her plane and the object were not on a collision course, but she was “wondering” what it could be.

Other aircraft flying in the area reported the same thing. A pilot, flying a Virgin Airlines plane from Orlando to Manchester described the sight as a “meteor or another object making some kind of re-entry”, adding it seemed to be “multiple objects following the same sort of trajectory – very bright from where we were.”

Another pilot also weighed in, saying: “Glad I’m not the only one.”

A spokesman for the Irish Aviation Authority told the Irish Times it was investigating the incident and would file a report. “This report will be investigated under the normal confidential occurrence investigation process.”

The spokesman added that it was unlikely to be aliens from another planet.

More MSM articles on it... 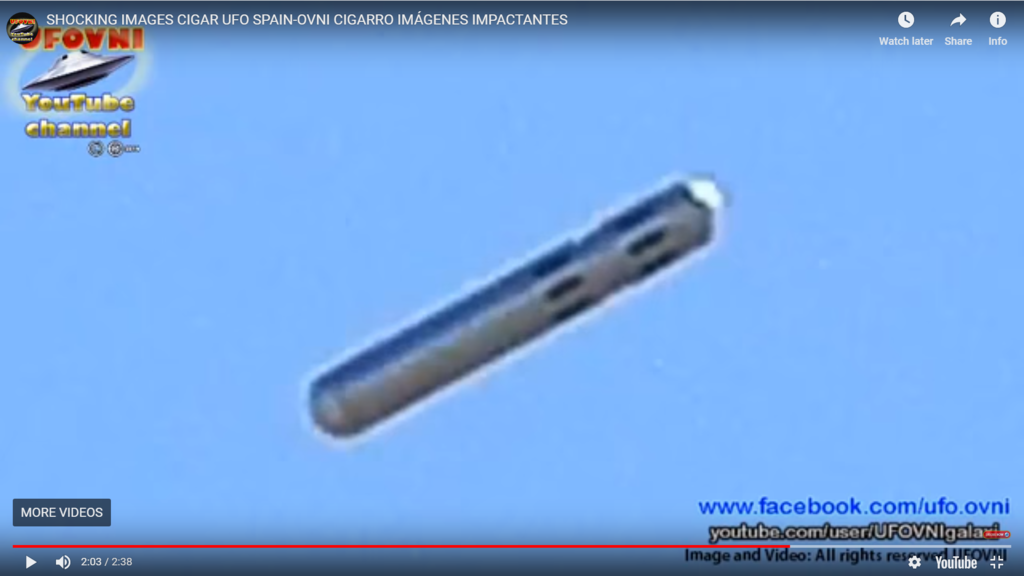 The following case was submitted to The Black Vault / TBV Investigations on August 1, 2018. It was shot by an amateur astronomer / photographer taking a video of the moon. The video was submitted for analysis, and due to the nature of the video, it was assigned to multiple investigators for multiple perspectives.

Juan: What is the location and date of this recent post and what is the "warning to USA?"

ring so I missed it.  Darn. Location is Sedona, AZ. USA