SOZT
Can the damage Haiyan caused to the Philippines be compared to events we have predicted for the Last Weeks or the Pole Shift? Yes and no. The Pole Shift itself will be larger in almost all respects – magnitude 9 earthquakes worldwide and ocean sloshing to a height of 500 to 600 feet. Where the Philippines recently experienced a magnitude 7.2 quake, this was not simultaneous with the tides and winds, nor did the height of the storm surge even approach that predicted for the Severe Wobble – 200 to 300 feet. And in that aid is rushing into the region, this does not replicate the worldwide disaster of the Pole Shift, where aid will not be rushing at all.

Where comparisons can be made are with the human condition and response. The devastation is so widespread that aid will and is being delayed for many, and they are responding accordingly. The human drama is predictable. Social rules break down, so that theft and looting occur. The strong will then take from the weak, and furtive cases of cannibalism may occur in the dead of night. Water borne diseases causing dysentery will be rampant, and festering injuries causing septicemia will appear, as will pneumonia among the elderly. To the extent that aid is delayed past this point, Haiyan will show what is in store for many in the future. 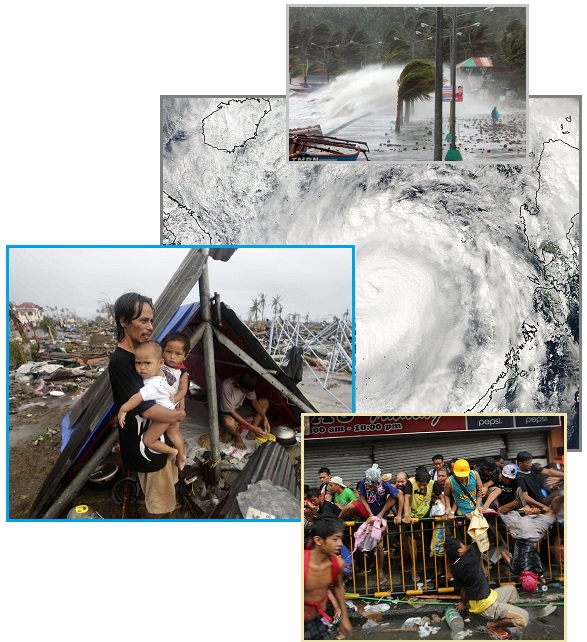 Prior 1996 ZT: http://www.zetatalk.com/poleshft/p61.htm
Yes, the atmosphere is in motion, and yes, the whipping and confused winds might reach hurricane force during this hour and be unpredictable for several hours after the shift, but one should not assume a force of winds above what the world experiences today. Your hurricanes and typhoons represent what occurs when air masses attempt to move against each other, given their density and gravity attraction and inertia. These same factors are in place, are predominant, during the pole shift. Humans wishing to prepare for these violent winds should anticipate a force equal to their familiar hurricanes, not tornado force, although tornadoes will be spawned.