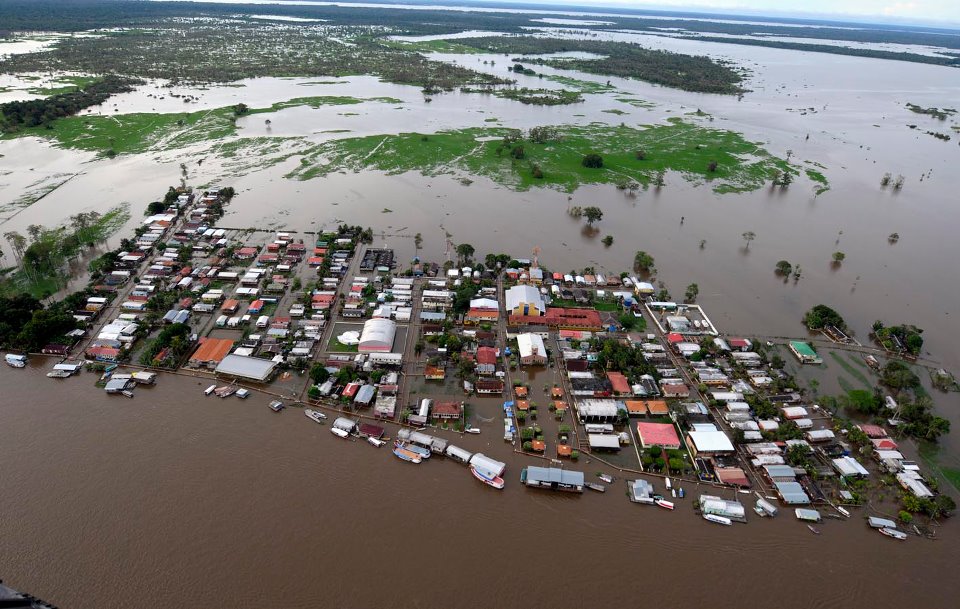 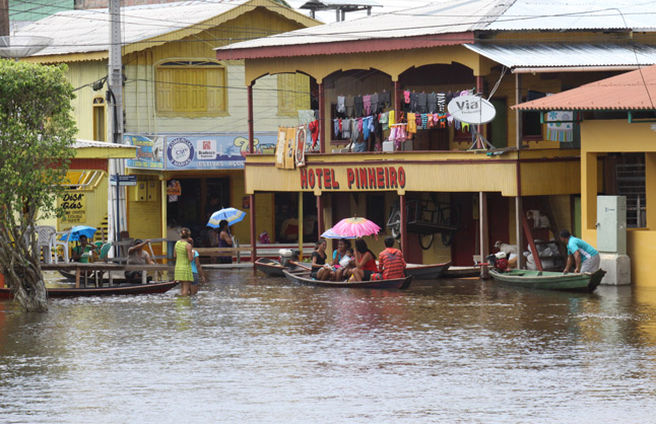 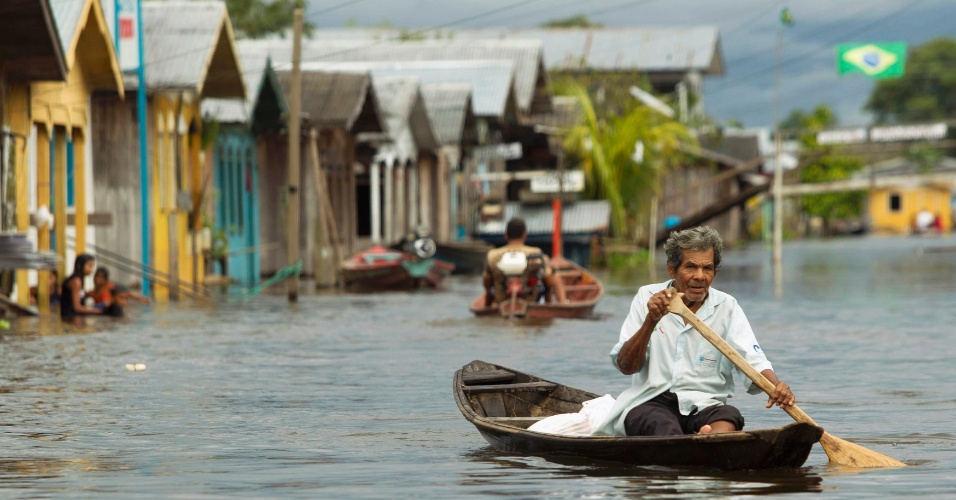 06.05.12. A swath of the Brazilian Amazon is under a state of emergency as rivers overflow in one of the worst floods on record.

The floods have been caused by the rising Rio Solimoes, one of the two main branches of the Amazon river, in places like Anama lying west of Manaus.

While the region is experiencing one of the worst floods in history, the country's northeast faces its worst drought in the last 30 years, affecting well over 500 towns and cities.

This is reportedly not the first climatic crises that the country has faced in recent years. In 2011, over 500 people died in floods in south-eastern Brazil.

Heavy rains have lead to massive mudslides hitting several towns, resulting in thousands being made homeless.

The BBC earlier reported that the death toll during the 2011 floods surpassed the devastating 1967 mudslides in Caraguatatuba, Sao Paulo state, in which up to 430 people perished. Some of the main regions affected during the floods were the mountainous regions of Nova Frigurgo, Petropolis and Teresopolis.

The rains caused all local rivers to overflow in the area during the period resulting in numerous landslides and widespread damage, washing away houses alongside rivers and burying neighbourhoods.

Immediately following the floods and landslides, the president of the Brazilian Red Cross mobilised 16 branches of the National Society and began the coordination of relief efforts from the headquarters. Apart from this, rescue efforts were led by municipal governments, which also provided shelter and amenities for the newly homeless, often in schools.

A team of workers in the operation had prior experience with the 2010 Rio de Janeiro floods and the Haiti earthquake.

Besides the 2011 disaster, similar floods and mudslides occurred in the region during 2009 and 2010.

SAO PAULO, April 29 (Reuters) - Drilling company Transocean , which is facing scrutiny in Brazil after a November spill, briefly evacuated personnel from a drilling rig near Rio de Janeiro's coast after it listed slightly during maintenance, the company said on Sunday.

The incident occurred late Saturday in the Guanabara Bay and resulted in some water coming onboard the rig, the company said in a statement. No oil was spilled since such rigs do not carry crude oil, spokesman Guy Cantwell said via email.

"The water taken on by the GSF Arctic 1 has been stopped and is being pumped out. Some personnel who had been evacuated as a safety precaution have returned to the rig," the statement said.

"The rig is safe and stable, as are all its personnel," the statement continued. "An investigation into the cause of the incident is under way."

Transocean and Chevron Corp face a combined $22 billion in lawsuits, and several executives face prison, because of two incidents in which oil leaked off Brazil's coast in November and March.

A Brazilian prosecutor filed a request on April 19 seeking to stop the companies' activities in Brazil on the grounds that they are dangerous to the environment.

Successive leaks and other problems have caused some environmental advocates to warn that Brazil may face greater than expected challenges in safely extracting its offshore oil, one of the biggest crude finds in the past decade.
http://in.reuters.com/article/2012/04/29/brazil-transocean-idINL1E8... 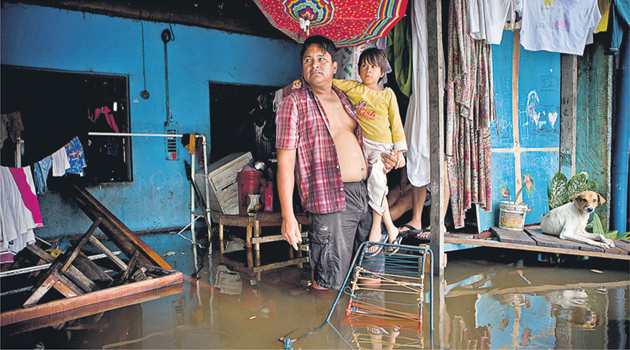 02.05.12. 191,000 people are homeless or have have suffered "significant" damage due to flooding in the Amazon region of eastern Peru, reports the Associated Press.

The flooding is considered the worst in 30 years, inundating croplands and communities along the Amazon River and its tributaries. Last month the Peruvian government declared a state of emergency in Loreto, a region that borders Ecuador, Colombia, and Brazil. Now there are reports of a leptospirosis outbreak, which has already killed three people. Hundreds of others have been hospitalized with skin, intestinal, and respiratory problems.

Damage has been exacerbated by new developments in floodplain areas as well as higher than usual rainfall.

Scientists have warned that Peru is likely to experience increased incidence of flooding and drought as a result of climate change. Last week the country adopted a resolution to reduce its own greenhouse gas emissions.

"If we don't do something we will have problems with water supplies along the coasts, we know there will be more droughts, more rains ... we are already seeing temperature changes," Mariano Felipe Soldan, head of the government's strategic planning office, told Reuters.
http://news.mongabay.com/2012/0502-peru-amazon-flooding.html?utm_so...