The accident happened during the morning rush hour when the train was packed with passengers.

The first carriage of the train sustained most of the damage, according to an eyewitness of the accident who spoke to RT. Ivan, said he was in the second car when the train suddenly braked and the lights went off.

“I was tossed up in the air,” the young man says. “There was blood on the floor, heads bruised, arms broken. Panic broke out.” Another eyewitness, who spoke to LifeNews, was in the fifth carriage and says they had to wait for 30 minutes before the evacuation started.

“So as we got out, we proceeded to march on foot, probably for two or three minutes - along the tunnel with cables underneath. The train driver had told us right away to stick to the right side, so we did. No sooner had we got to the surface than we realized it was a full-blown emergency.”

The cause of the crash is reported to be a power surge, which prompted the train to stop abruptly.

It is one of the most serious incidents in the history of the metro, one of the world's oldest underground railways.

The train derailed between Slaviansky Boulevard and Park Pobedy (Victory Park) stations in the west on the city.

The packed commuter train was travelling from the north-west of Moscow to the city centre at the time of the crash.

The BBC's Artyom Liss, in Moscow, says the tunnel where crash happened was built about 10 years ago.

Critics accuse the authorities of spending too much on extending the metro system, and not enough on maintenance, our correspondent says. 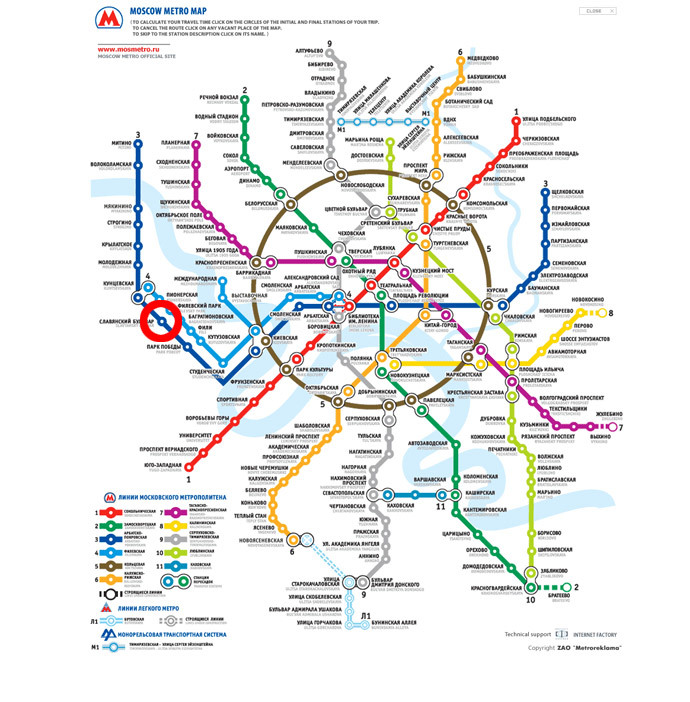 "It is standard procedure for electrical grids to guard against either brownout or surge, as both damage equipment. Both can cause switching accidents, where a switch fails to flip or flips erroneously due to a surge. A surge can likewise cause the equipment to speed, run faster or burn brighter, and thus is considered dangerous, particularly for moving equipment such as a metro train. But what would cause a surge? Where the official cause will be deemed a failure in aging equipment, the result of poor maintenance, this is not the cause. To admit the truth would be too devastating for Moscow, as the Moscow Metro is the primary means of transport for commuters, and how else would they get to and from work?

"The site of the accident is deep, the equipment and tunnel not that old so that worn out equipment can be blamed, so what would cause a surge? We have repeatedly stated that sparking from the ground can occur when rock is under compression stress, as occurred for the NSA data storage
http://www.zetatalk.com/ning/12oc2013.htm
site in Utah. In the case of Moscow, this is due to the relentless stretching of rock across Europe and parts of western Russia. The stretch zone pulls rock apart, and before snapping it does indeed tighten up so that water pockets make contact and the electronic screech can occur. Moscow is also located at a convergence of rivers, as was the NSA site. Electrons found their route through the heavily electrified equipment on the Moscow Metro."

The Central District, which contains Moscow, is in the stretch zone, exclusively. Stretch zones are not exempt from earthquakes, as there are jolts when rock pulls apart just as there are jolts when rock drags atop or beneath other rock layers. Some major quakes have occurred in stretch zones, with the New Madrid adjustments in 1811-12 standing as an example. The greatest quakes occur where one plate is pushing under another. The Central District of Russia is not a quake prone region, in fact have almost no quakes of record at all. We have stated that a new seaway will form, running up into Russia from Pakistan during the hour of the pole shift, which will be the major rip point in the Eurasian Plate. Moscow, and its environs, will be flooded, but other than the devastation of the pole shift quakes, which will be magnitude 9 everywhere, should not anticipate great quakes.

We have stated that the 7 of 10 will "shock the world", and this has not yet happened. Each scenario included in the holographic presentation was the final outcome of a plate movement, not every minor quake or adjustment in sea level elevation along the way! We have stated that the 8 of 10 will involve continuous plate movement in some locations, but declined to detail further and for good reason. We cannot get the public to connect with our description of the pole shift, in the main, as they abstract it and do not process the description emotionally. After the 7 of 10 episodes have occurred, we will have your attention, and then we can give details on what is coming next. Of course the Moscow underground housing the trains will not be standing all the way until the pole shift! This is an example of someone not absorbing our descriptions of the last weeks, when the Earth will be moaning constantly and quakes will likewise be almost constant, everywhere.