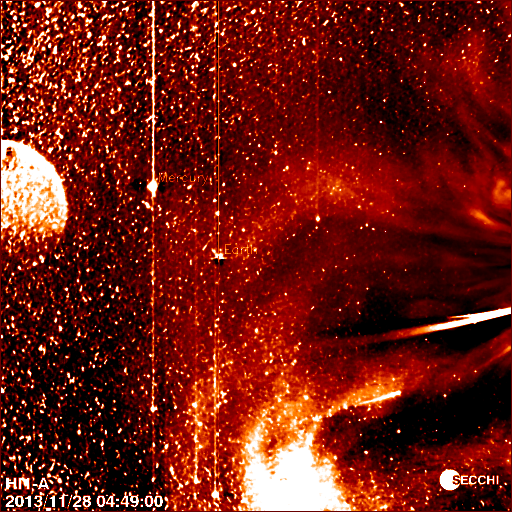 SOZT
What is the Stereo Ahead satellite seeing on November 28, 2013 when all eyes were on NASA’s satellite images, looking for comet ISON? To understand the scene, the public must be aware that since 2003, when Planet X arrived in the inner solar system and blocked the path of the Earth, halting its orbit, NASA has altered its images. At first they were taken by surprise by the blocked orbit, thus comets came early
http://www.zetatalk.com/index/zeta69.htm
in the Spring of 2004. The halted orbit was denied by NASA, as to admit it would have required a discussion about Planet X and the alien presence, both issues which were being denied by the US government.

NASA first began by airbrushing any evidence of Planet X out of the scene on SOHO and Stereo images. Since Planet X appeared in the same region of the images day after day, this was most often done by a cut and paste.
http://www.zetatalk.com/newsletr/issue216.htm
The edit lines
http://www.zetatalk.com/newsletr/issue174.htm
caused by this operation can easily be seen. Then NASA found it necessary to paint in background stars and passing planets. What was left? The solar activity and occasional evidence of the Planet X complex that slipped by the intensive editing process were the only real items on this made-for-the-public NASA movie process.
http://www.zetatalk.com/index/zeta576.htm

The diagrams provided by NASA showing the location of Earth vs a vs the Stereo satellites are not, thus, correct, as the Earth has been pushed back in her counterclockwise orbit to the August position. Meanwhile, the Stereo satellites have chugged along on to be in the position indicated by NASA. While the Earth is being tipped back and forth to simulate the seasons,
http://www.zetatalk.com/index/zeta287.htm
to prevent panic on Earth and to also prevent freezing and frying on Earth, Venus has been pushed back and forth in front of the view from Earth to likewise simulate the orbit expected by Earthlings.

Given this setting, just what is the Stereo Ahead image from November 28, 2013 showing? All eyes were on ISON, and no one, including NASA, knew what to expect. Images were rolled forward to the eager public, escaping the usual scrutiny for signs of Planet X, which have in any case escaped the editing
http://www.zetatalk.com/index/z03.htm#1685
process and given the public dramatic proof of Planet X from time to time. The Stereo Ahead image makes it to public view, perhaps because someone checking the image was confused and thought it might be ISON. Once being circulated on the Internet and in the forums, it was too late to retract it.

Nancy has attempted to draw in the proper location of the planets, which is more or less correct. But what is appearing in the Stereo Ahead image is a monster persona of Planet X itself. The Sun is to the right, so close to the line of view that a CME is showing up at the bottom of the image. The image is a 2D image, and thus one cannot tell from the image the distance between objects, unless they appear in front of one another. A monster persona
http://www.zetatalk.com/index/zeta572.htm
is one where light rays spread out in all directions, but then are bent back toward a gravity attraction. Thus they appear to come from the outer edges, but the monster does not represent the true size of the object. A rare capture of Planet X by the NASA satellites during the excitement of the ISON watch.
EOZT 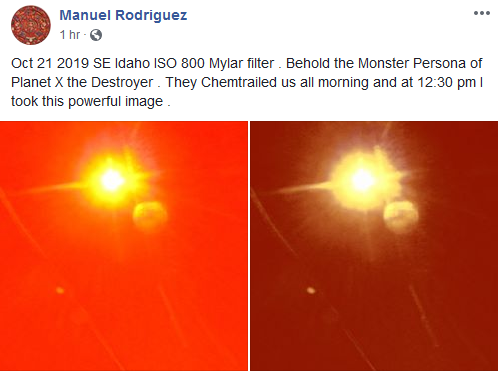 This was a Q&A and the images for 12/5-9 are now online, but scrubbed. It was 12/4 that showed why they were offline for days. A Moon Swirl monster persona was showing up. 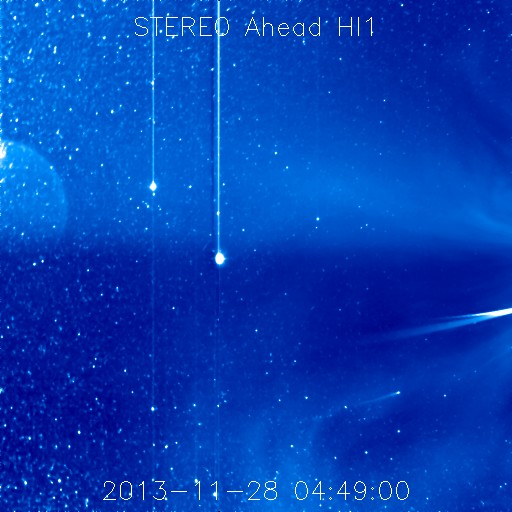