Residents living near the boardwalk Grau, in Chimbote, remains alert, worried and fearful of the strong waves that are recorded for several days and has resulted, at some point, flooding streets and houses.
Residents warned that this phenomenon will intensify in the coming days, as port authorities warned, however, the authorities have done nothing to strengthen the seawall riprap to prevent flood waters return to all that find their reach.

On the other hand, tired of waiting for the authorities to come to solve the serious problem of flooding in their village, the residents of Miramar Under blocked a stretch of Avenida Enrique Meiggs. With posters complained that it is a crime to live in the midst of a "gap".

The strong waves hitting the coast of Ancash has raged also in this new town, it has tamponade the vent drain No.1 along which the river Lacramarca and caused severe flooding of homes, a sports field and streets.

50 families were affected by abnormal waves in Buenos Aires July 11, 2013 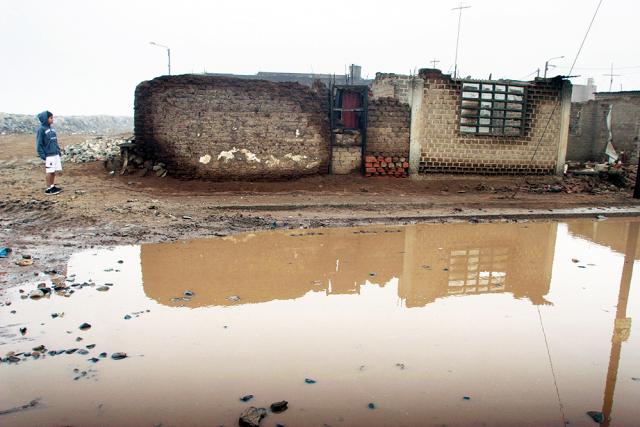 Trujillo. The raging of the sea continues to generate fear among villagers living near the coastline. And with recent anomalous waves recorded, an average of 50 families residing in the resort of Buenos Aires, Victor Larco district, have been affected. This is what the leader of the Provincial Committee for the Survival and Final Solution against Coastal Erosion, Luis Caceres Salaverry, who noted that water entered the homes of these residents despite the existence of a castled placed by the Regional Government the Freedom to halt the spread of this phenomenon.
"You need to give urgent maintenance castled in several places. About 50 families have been affected by strong waves latter because water has gotten home. At risk are an average of 350 families that are located near the sea front, "said Caceres. He said that the authorities have spoken on the matter.