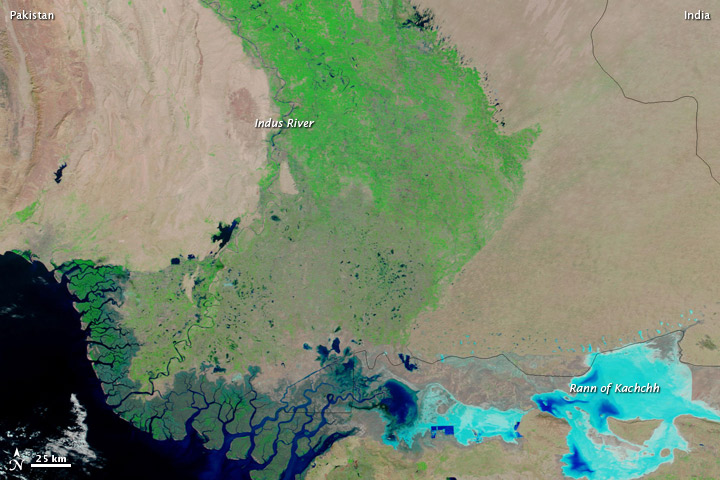 Both images use a combination of visible and infrared light to better distinguish between water and land. Water varies in color from bright turquoise to navy, and darker shades generally indicate deeper water. Vegetation is green, and bare ground is pink-beige.

In January 2012, patches of standing water occur east of the Indus River. The Rann of Kachchh (or Kutch), a salt marsh, holds far more water than in 2010, evidenced by deeper shades of blue. Water is, however, receding from flooded areas and shows improvement over previous months.

In early January 2012, Pakistan-based publication The News reported that 1.5 million people affected by the floods still lacked shelter in Sindh Province, even as winter reached its peak. 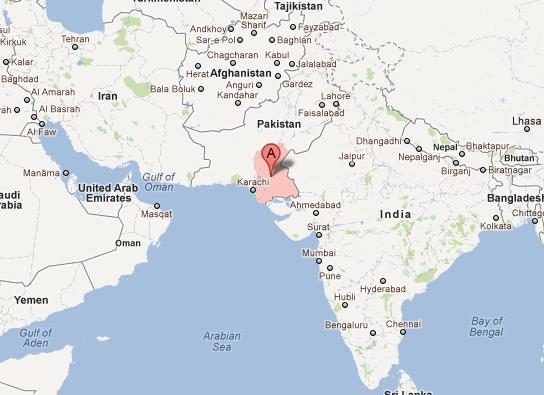 I suspect once a slip has been made, and photos are OUT there showing lingering water, it is hard to get the genie back in the bottle. Also, Pakistan flooding had a lot of media coverage, UN concern about distressed citizens, and this would point to the coverup if NASA hid the images. They need a COORDINATED response, so that flooding is kept from the media, kept out of NASA sat images, and only those coming from the region, speaking to friends on the Internet, know the truth.

What the Hubble sees is likewise completely controlled. Dam the Internet, says the establishment, as this the BIG factor they cannot control.