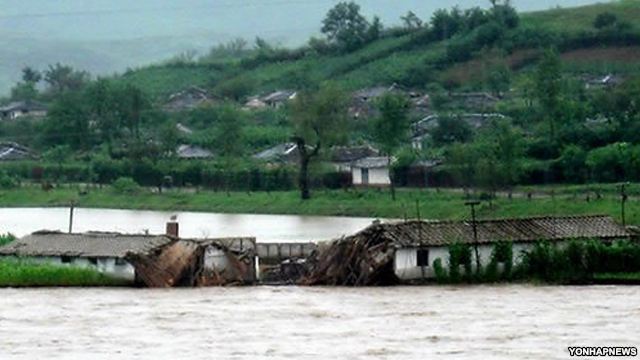 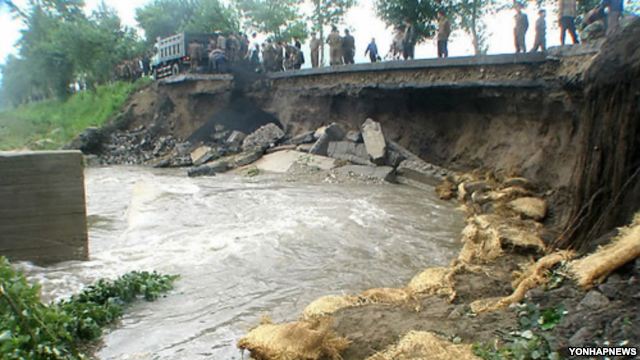 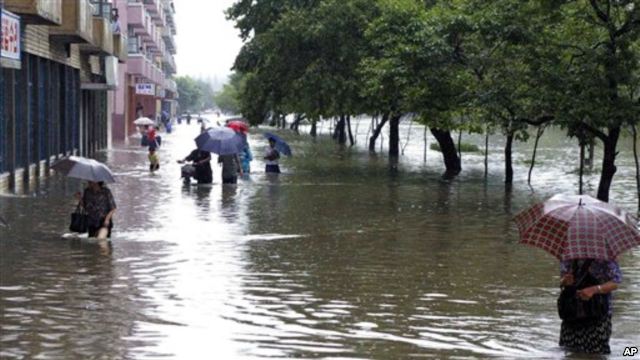 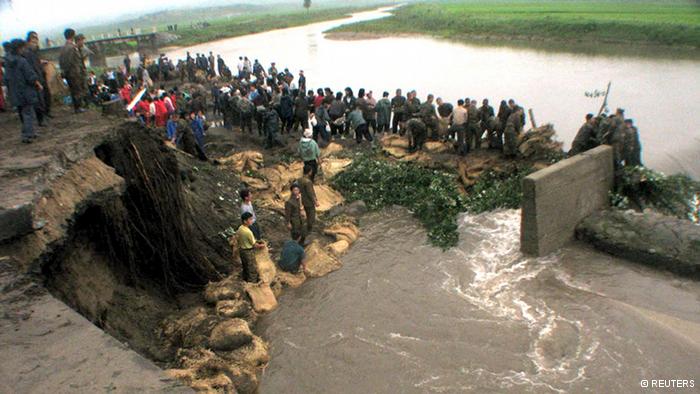 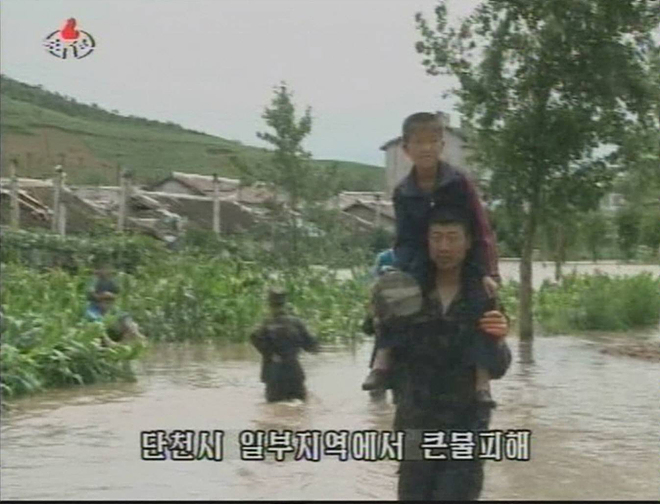 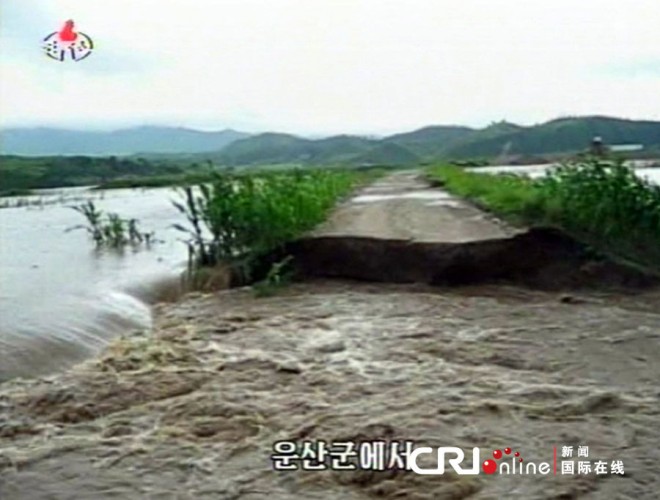 KCNA reported that more than 5,000 houses were destroyed and nearly 12,030 others were submerged in the floodwater.

In addition, about 200 areas of embankment extending 160 kilometers and 4,800 hectares of cropland were washed away while more than 25,700 hectares were submerged.

The KCNA reported that officials across the country were visiting flood-stricken areas in an "all-people drive" to evaluate the damage and take necessary measures to recover from the disaster.

The DPRK has suffered heavy rains and flooding since the start of the rainy season last Wednesday when a typhoon reached the country.

FLOODING across impoverished North Korea this month has killed 88 people, left tens of thousands homeless and devastated swathes of farmland.

A week of floods "caused by typhoon and downpour ... claimed big human and material losses", Pyongyang's official news agency said. The new death toll was a dramatic increase from the figure of eight reported Wednesday.

A total of 134 people were injured and almost 63,000 people were left homeless by the floods, which started on July 18, the Korean Central News Agency (KCNA) reported, with thousands of houses damaged or destroyed.

The biggest loss of human life was in two counties of South Pyongan province, which were hit by torrential rains on Monday and Tuesday, it said.

More than 30,000 hectares of land for growing crops was "washed away and buried" or "submerged", KCNA said, a potential blow for a state that is beset by persistent severe food shortages.

With rugged terrain and outmoded agricultural practices, the country faces serious difficulties in feeding its 24 million people. Hundreds of thousands died during a famine in the mid to late-1990s.

UN agencies, after a visit to the North, estimated last November that three million people would need food aid in 2012.

Some 300 public buildings and 60 factories were damaged in the floods, as well as large stretches of road, KCNA said.

State media reported earlier this week that 60 flood victims were rescued thanks to a helicopter urgently sent by leader Kim Jong-Un.

The victims, including children and women, were trapped on Monday on a hillock in the northwest of the country after a river flooded due to heavy rain, the official news agency said.

"Isolated incommunicado, they did not find a way out, in panic at rising water. At that time a helicopter appeared," it said.

"After receiving an urgent report, the dear respected Kim Jong-Un issued an emergency sortie order to a unit of the Air Force of the Korean People's Army."

After decades of deforestation, the impoverished North Korea is particularly vulnerable to flooding.

Dozens were killed or injured by a storm and torrential rain in the North in June and July last year. Thousands were also made homeless and large areas of farmland were flooded.

The United States reached a deal on February 29 this year to offer North Korea badly needed food aid in return for a freeze on nuclear and missile tests.

But it rescinded the plan after the North's failed rocket launch in April, seen by the United States and its allies as an attempted ballistic missile test.

The North has been developing nuclear weapons for decades and staged two nuclear tests in 2006 and 2009. 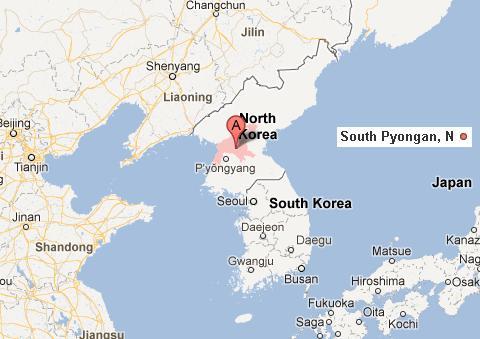