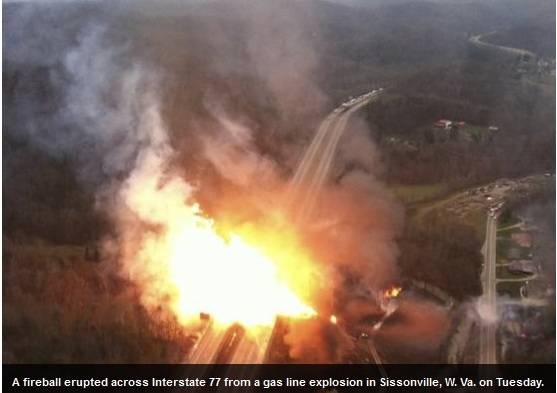 At least five homes went up in flames Tuesday afternoon and a badly burned section of Interstate 77 in West Virginia was closed after a natural gas line exploded in an hour-long inferno.  The blast area running from east to west was a quarter-mile wide, engulfing an 800-ft swath of both the north and southbound lanes of Interstate 77.

No injuries were immediately reported, but firefighters had just begun to reach damaged structures late in the afternoon after the intense flames kept them at bay for several hours.

Several people were treated for smoke inhalation, and a shelter was set up at Sissonville High School, where Gov. Earl Ray Tomblin planned a late-afternoon press conference

State Police spokesman Sgt. Michael Baylous said a slight risk of a secondary explosion remained as long as the gas continued to leak, but people were told to stay inside their homes rather than evacuate. The explosion occurred near Sissonville just before 1 p.m.

Kent Carper, president of the Kanawha County Commission, said flames had been shooting 50 to 75 feet into the air before the fire was extinguished.

"It sounded like a Boeing 757. Just a roar," he said. "It was huge. You just couldn't hear anything. It was like a space flight."

Trevor Goins lives about a half-mile from the explosion and was watching television in his apartment when he saw a ripple in his coffee cup and the floor shook.

"I thought possibly (it was) a plane crash," said Goins, who immediately went outside with several neighbors. "It was so loud it sounded like a turbine engine. You almost had to put your hands over your ears."

He got in his car and drove closer, seeing fire that stretched as high as the hilltops.

"The flames were so high, they were so massive," he said. "I could only imagine what had happened"

Carper said the flames spanned about a quarter of a mile and ran through a culvert under the interstate.

"It actually cooked the interstate," he said. "It looks like a tar pit."

"In all my years of experience, this is the biggest fire I've ever seen," said Kanawha County Fire Coordinator C.W. Sigman.  Sigman said the flames were so hot under I-77 that it melted the concrete.  Sigman said a 20-inch gas transmission line ruptured, sending a massive sheet of flames shooting skyward.

"It was an incredibly violent explosion," said Carper. He said the force of the blast uprooted a huge section of pavement from Route 21 and sent it careening into another part of the road and into the adjoining hillside. "It looked like a missile hit it," he said.

"One house was totally obliterated," he said.

The interstate will be shut down for two days while engineers and inspectors repair the damage and assess whether a bridge was compromised, said State Police Sgt. Chris Zerkle. Route 21 will also be closed until further notice, he said.

Zerkle said a State Police helicopter team was going up to ascertain the extent of the damage while a command center was being set up nearby.

"Our first priority is the safety of our employees and the community," he said.

Sissonville Fire Chief Tim Gooch said a nursing home is less than a mile from the site of the blast, but the patients are safe. Paramedics were sent to check on them as a precaution. 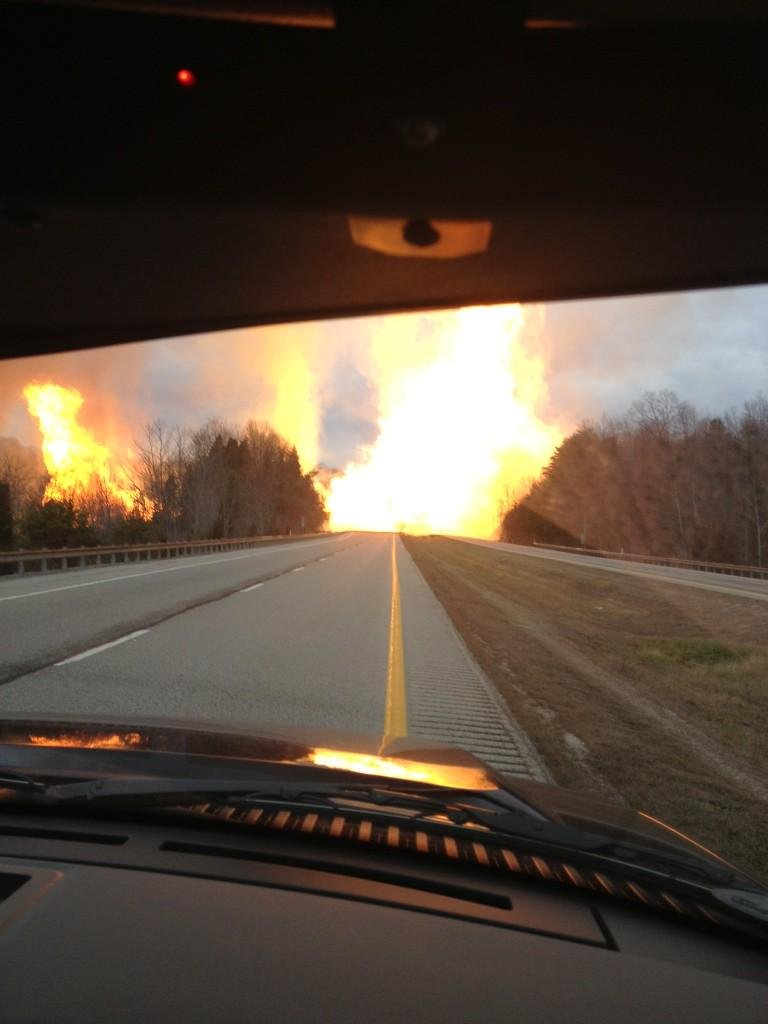 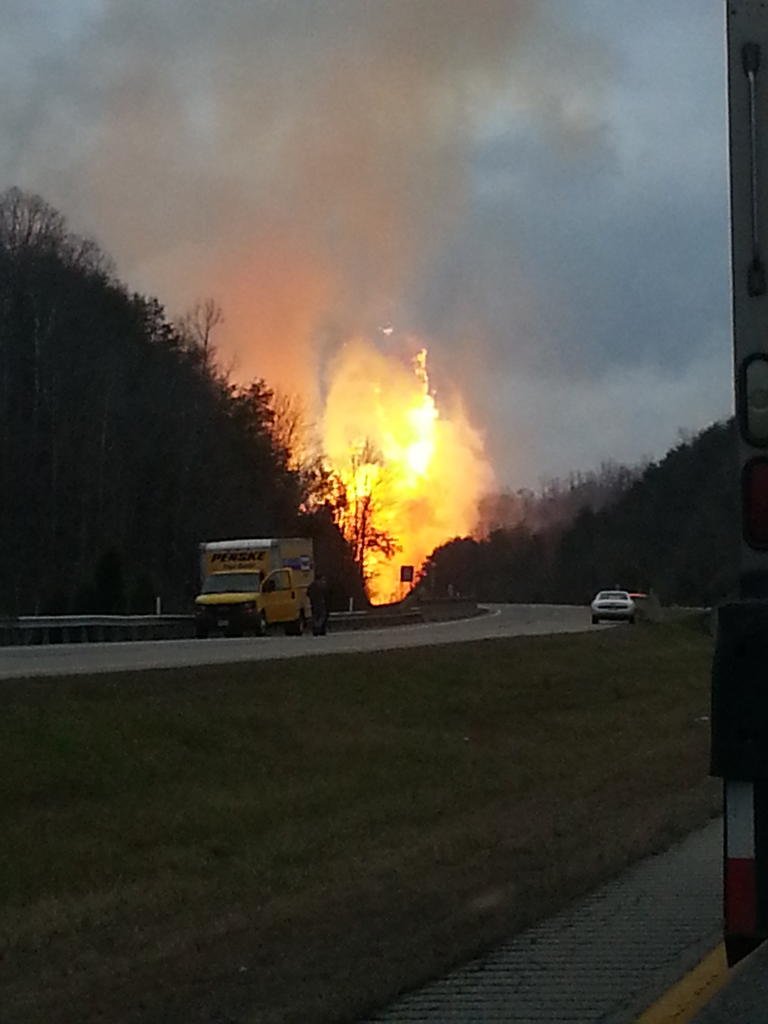 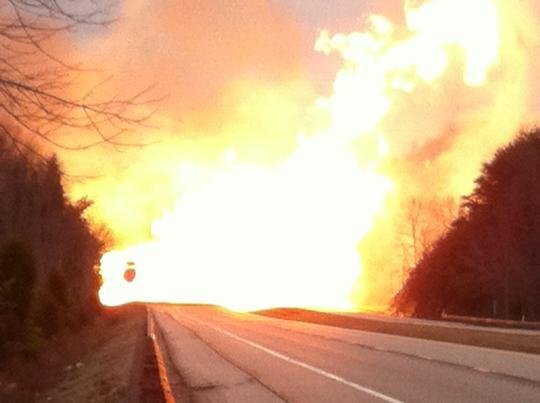