The Zetas have explained that the Pacific Plate consists of not one, but four distinct plates.  These plates boundaries as illustrated below are based on the Zetas descriptions.

Analysis of the 15 tsunami buoys triggered into event mode from today's severe quake in Alaska shows a plate adjustment  that primarily affected what the Zetas have defined as the East Pacific Plate. "The rise and incident of islands from Kamchatka to Hawaii to the Society Islands shows this to be a plate boundary, down the center of the Pacific. Call that land to the east of this plate boundary the East Pacific Plate."

Although the quake epicenter was located near the coastal British Columbia border, the most volatile water displacements were reported at 3 buoys that comprise a triangle on the northern half of the East Pacific Plate.  If Alaska is being pulled toward Mexico causing the diagonal stress across N. America, the rock strata that formerly supported this bowing stress has yielded to some extent as a result of today's quake.  It would stand to reason that some of this bowing stress has likewise been transferred further eastward, increasing the stress along the weak points in the New Madrid and St. Lawrence Seaway.

It should also be noted that the last time this many tsunami buoys were in event mode, which included buoys in both the Pacific and Atlantic Oceans, was the great 9.5 quake in Japan during March 2011, which was called a 7.9 by USGS until it became patently obvious that the resulting devastation would clearly refute such a conspicuous downgrade. 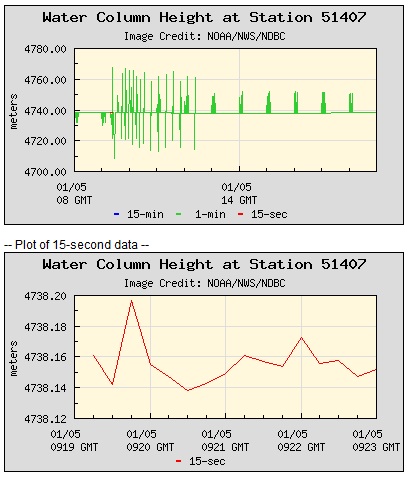 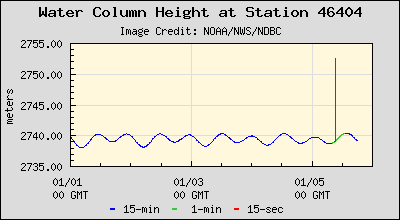 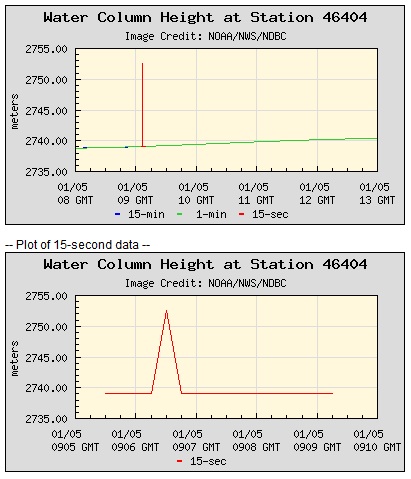