"Damaged submarine cables connecting 9 countries – including the Philippines – to the rest of the world online are causing issues for many Internet Service Providers (ISPs) locally and in the region." 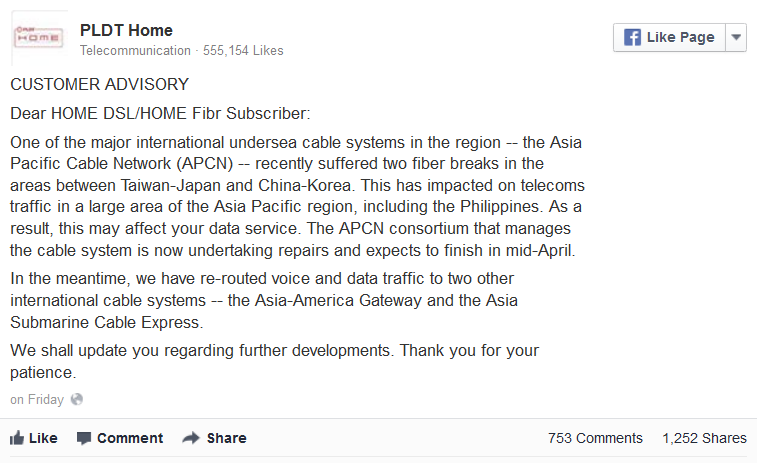 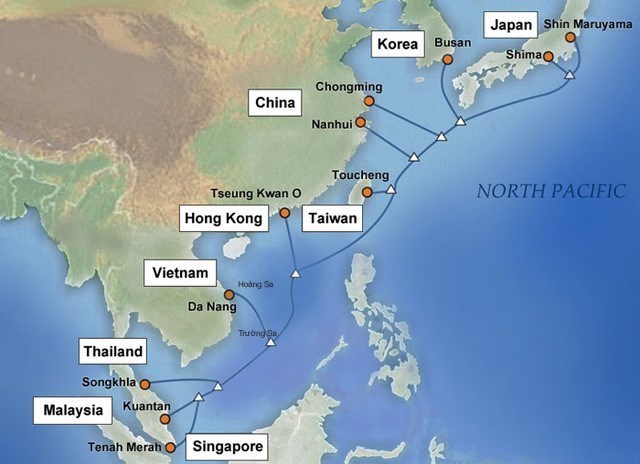 Mauritania’s Internet Was Cut Off for 2 Days After an Underwater Cable Broke (April 9, 2018)
On March 30, the African Coast to Europe (ACE) undersea cable was cut near Noukachott in Mauritania in West Africa. Mauritania lost all internet access for 48 hours due to the cable break. It’s not clear what caused the break, but all six countries —Sierra Leone, Mauritania, Liberia, Guinea-Bissau, Guinea and the Gambia—that rely entirely on that one cable for their connectivity saw a big impact. 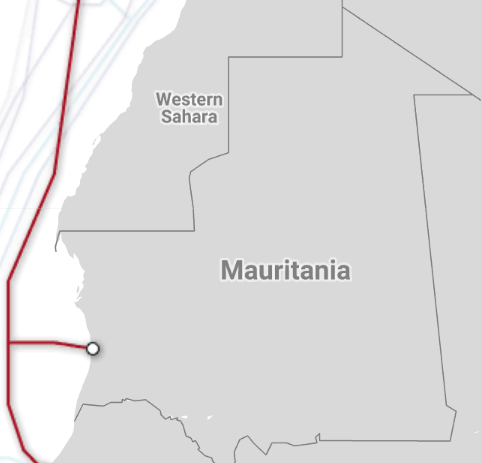 “At present, we are collaborating with international partners to find causes and make a detailed plan to address the issue,” said a representative of VNPT, operators of the APG cable network.

APG cable section from Vietnam to Singapore shown below. Comment by Scott on December 5, 2017 at 10:14am
Australia-Singapore subsea internet cable cut just six weeks after being repaired (December 4, 2017)
The SEA-ME-WE3 subsea cable that connects Perth in Western Australia to Singapore was cut in the early hours of 3 December 2017. The cable break occurred approximately 1,126 km from the cable landing station in Singapore.
The latest damage follows a cable break suffered in August 2017 and additional damage in the cable insulation discovered during repairs in September 2017.
http://www.computerweekly.com/news/450431205/Australia-Singapore-su...
https://www.itnews.com.au/news/aussie-internet-suffers-as-subsea-ca...
https://www.itnews.com.au/news/fresh-fault-found-on-sea-me-we3-subs...
https://www.submarinecablemap.com/#/submarine-cable/seamewe-3
The section of SeaMeWe-3 connecting Perth, Australia to Singapore shown below Vietnam's internet speed slowed to a snail's pace August 27 after breaks to three internet cable systems connecting the country with the rest of the world (August 30, 2017)

The AAG is believed to have been ruptured at two points about 66 kilometers (41 miles) and 85 kilometers from its Hong Kong station. Meanwhile, the IA's problem was reported to be a rupture about 54 kilometers from Hong Kong.

"SEA-ME-WE3 submarine cable between Perth and Singapore is currently down due to a confirmed cable break," Vocus said on Wednesday morning.

"Internet providers in Viet Nam failed to provide an explanation as to why all three internet cables were down at the same time and were unclear about the timeline of when the cables would be fixed," the report said.

Before August 27's incident, the infamous AAG had already ruptured twice this year. Repair work for these problems, one in early January and one in late February, took about one month each. The IA has also ruptured three times this year.

The SMW3 also suffered an outage due to the cable being severed back in 2013. 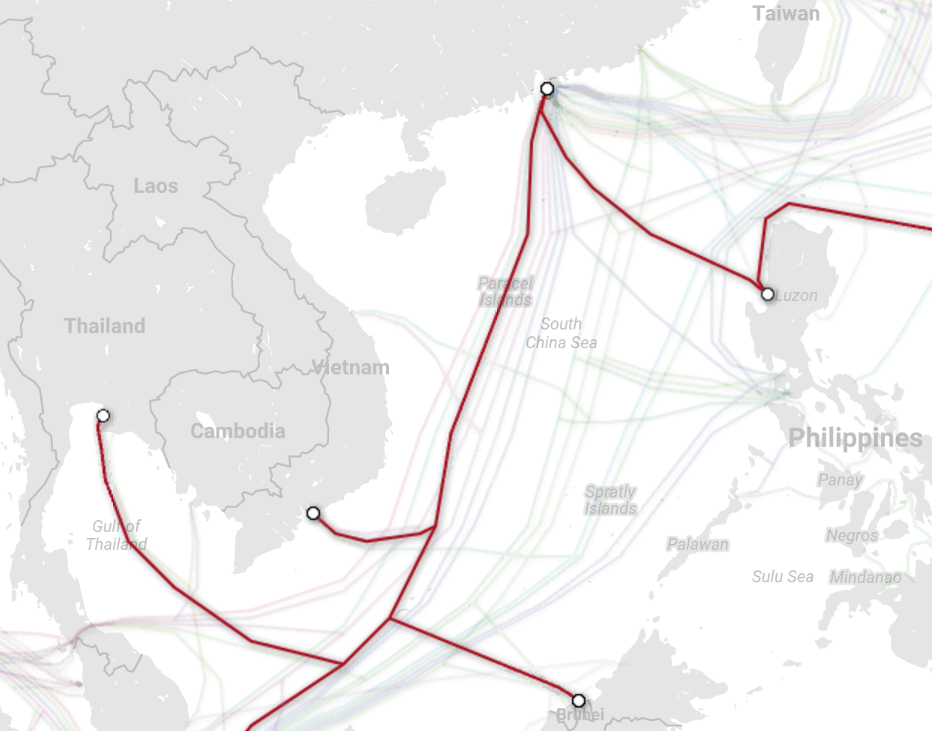 Looks like the folding Philippine Plate is the nexus for those locations.