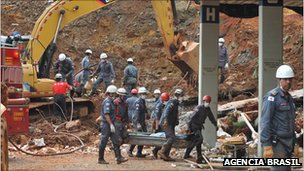 A total of 66 towns cities in Minas Gerais state have declared a state of emergency.

In the town of Ouro Preto two taxi drivers died when a bus station was destroyed by a landslide.

Floodwaters are also threatening hillside communities in Rio de Janeiro state that were devastated a year ago.

Flooding is common in southeastern Brazil during the rainy season. Nationwide, more than 2m people have been affected by this year's rains, Brazil's civil defence force says.

Many roads have been blocked, making it difficult to get help and supplies to affected areas.

Last year floods killed more than 800 people, in what officials said was the worst natural disaster ever to befall Brazil.

Most of the deaths were in towns in the mountains north of Rio de Janeiro such as Nova Friburgo, which are again suffering from intense rains.

Since then, the Brazil government has set up an early warning system to monitor weather rainfall and ensure people evacuate before floods strike.

There has also been heavy investment in flood protection.

"Given the quantity of rain, we can observe that the system of alerts and evacuation are working well," he said

Authorities put over 50 towns in the state on high alert for mudslides and the Civil Defence authority said that it is trying to evacuate residents living on unstable hillsides.

In the city of Ouro Preto, a landslide wiped out a bus station, killing two taxi drivers who were parked outside the building.

The death toll in the state, which currently stands at seven, is expected to rise as authorities said three people remain missing.

On the streets, some people waded in water up to their necks while others others used boats to help firefighters.

One local resident who abandoned her house described the effects of the floods on her.

"Today I woke up desperate. We are suffering, one can only going through this to understand. It is really tough," she said.

Outside Rio de Janeiro, floods are threatening the same hillside communities that a year ago were hit by floods and mudslides which killed more than 800 people.

Rains and mudslides kill at least 28 in southeastern Brazil

JAMAPARA, Brazil — A mudslide caused by two days of downpours has killed at least 13 people in a small town in southeastern Brazil, and another 11 are listed as missing, the head of the Rio de Janeiro state civil defense department said Tuesday.

Sergio Simoes told CBN radio that five bodies were pulled from beneath tons of mud and debris on Tuesday, bringing the death toll in the Jamapara district of Sapucaia city to 13. Eight bodies were found on Monday.

Among the missing are five members of a family whose car was caught in the mudslide as they were trying to get away from the area.

Simoes said mud loosened by the rains swallowed at least nine houses built on the hillside.

“This is a very difficult area, where another mudslide could happened at any moment,” he told CBN.

In front of the small church where a wake was being held for a family of three, Antonio Marcos Silva dos Reis said he lost several friends in the mudslide. He said it “sounded like a huge explosion when it happened.”

“I was born and bred in this town and there have been floods every year,” he said by telephone. “But I have never seen a tragedy as big as this one.”

Floods elsewhere in the state have forced more than 30,000 people to flee their homes.

In neighboring Minas Gerais state, officials say more than 14,000 people have left their homes, and 15 have died in floodwaters or mudslides.

The southern hemisphere summer, which starts in late December, is Brazil’s rainy season. It frequently brings devastation to communities perched on hillsides or near riverbanks. Nearly 1,000 people died last year around this time when torrential rain unleashed avalanches of mud in Rio’s mountains.

The federal government has announced the creation of a task group of 35 geologists and 15 hydrologists to evaluate at-risk areas in Brazil’s southeastern states of Rio, Minas Gerais and Espirito Santo.

Meanwhile, a severe drought in Brazil’s southern state of Rio Grande do Sul led the governor, Beto Grill, to declare a state of emergency Monday. The federal Ministry of Agriculture announced it has allotted $9.7 million to build dams and wells among other public works designed to improve the situation. 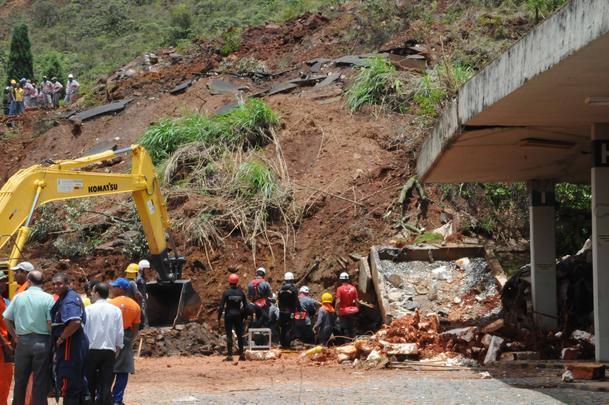 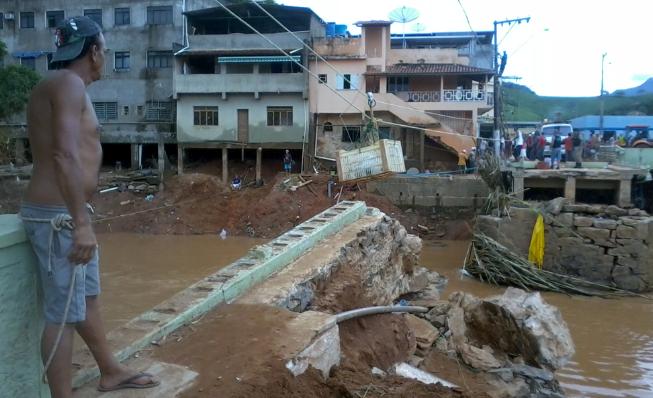 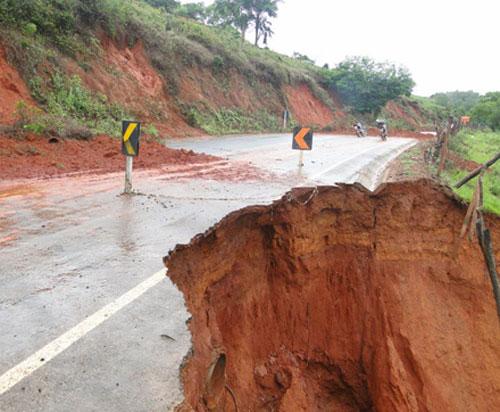 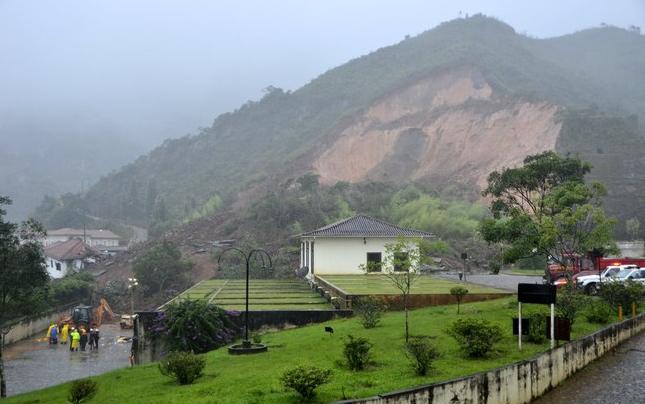 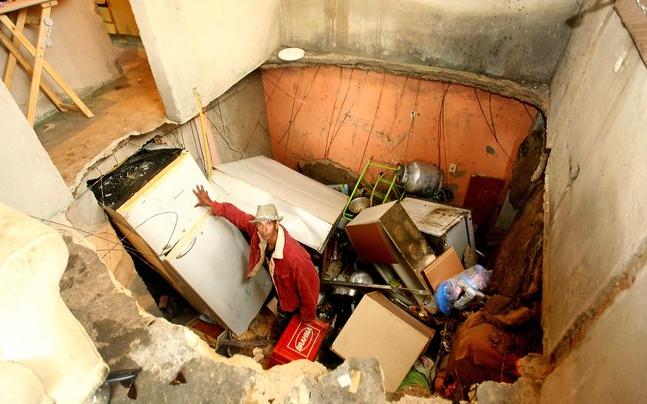 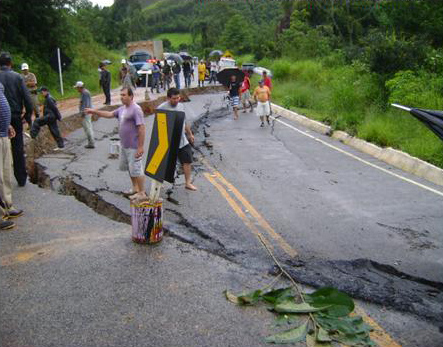 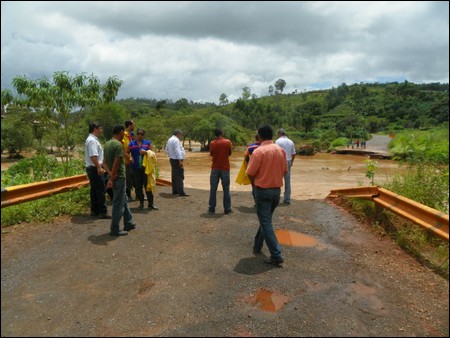 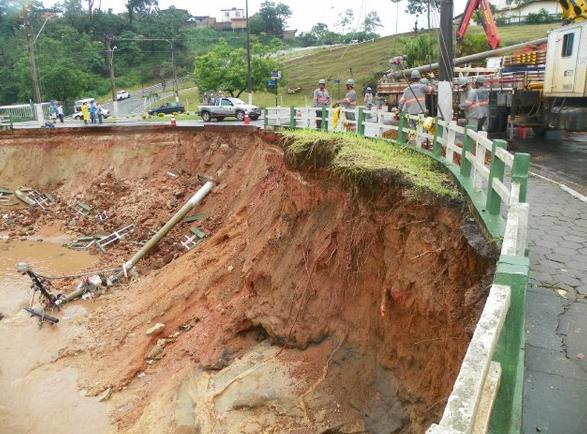 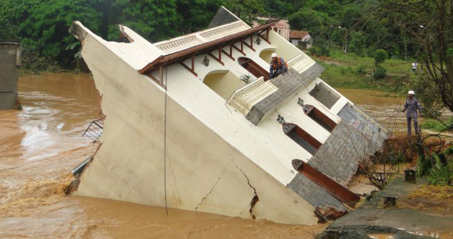