Residents shocked when they woke up and saw huge sinkhole. 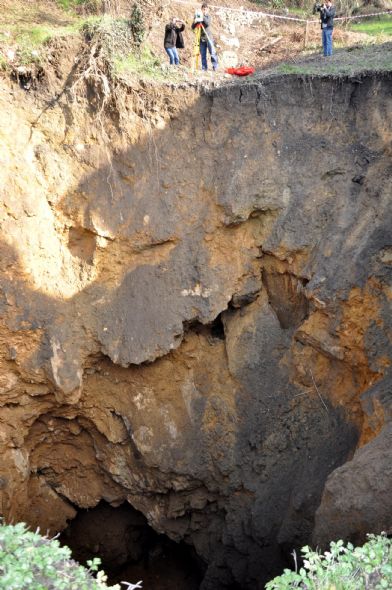 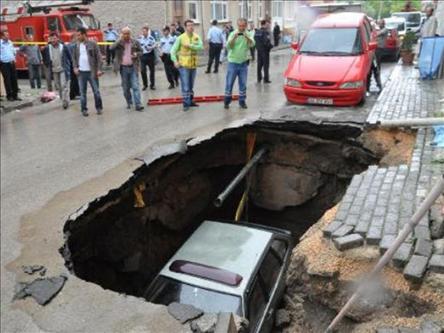 Previously, on June 1 2011, a sinkhole appeared in Eskisehir city and a parked car fell into the pit.

Walkers strolling along this snowy street had a nasty surprise when a pedestrian bridge suddenly collapsed without warning.

A security camera captured the shock of passersby as a large section of the walkway - which was weighted down by snow - crumbled in Corum, Turkey.

One student is understood to have been injured when the bridge suddenly collapsed, but there were no other casualties.