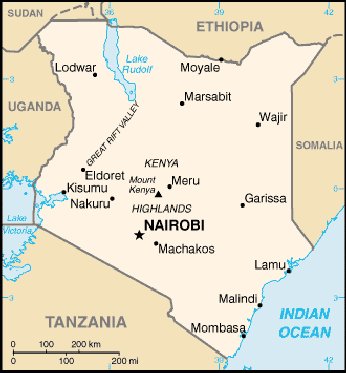 Fear spreads in village of landslides

Until recently, the rural village in Baringo was a secure place to live in. Now that comfort has been interrupted by deadly landslides.

Calamity has struck Timboiywo village, with its otherwise scenic and breath-taking slopes of the Tugen Hills. Two people have been buried alive and more than 5,000 others rendered homeless.

Property worth millions of shillings have been destroyed, with the buildings in Sacho Division developing cracks on walls and floors, sparking fears of more fatalities.

A spot-check by the Nation showed that several shops at Timboiywo trading centre have also been closed after cracks appeared on the walls.

Mr Hannington Bungei is one of the residents who may soon close his business. One of the walls of his shop has developed cracks.

“The government tells our people to vacate the area, but this is the only place we have called home. Where do you expect us to go to?” asked Kabasis ward councillor Zachariah Ramacha.

He said residents were willing to move on condition the government makes arrangement for their resettlement.

Besides pulling down buildings, the landslides have also destroyed a section of Kabarnet-Tenges road, cutting off the area from the rest of the county. Even relief aid cannot reach those in need.

Some residents have moved in with relatives. Mr Gilbert Kibarus, for example, left behind his two acres where he had lived since childhood and sought refuge at his brother’s house in Kabasis. But the landslides are extending to the area in Kituro Location near Kabarnet town.

“The landslides usually occur at night accompanied by ramblings. It is so scary to live here, because we do not know what will happen next,” said Mr Kibarus.

The government wants all land owners to stop cultivating their farms, saying this could aggravate the problem.

But this has not been received well by the residents as this will threaten food security in the area with fertile soils. Said Mr Ramacha: “This area provides food supplies to Kabarnet and Marigat towns.”

The councillor’s house stands in the high risk area. Now the land is sinking, and the nearby Timboiywo primary and secondary schools, a dispensary and power lines face destruction. People risk being electrocuted.

When the Nation toured the area, residents were salvaging household items from the remains of what used to be their homes.

At Mr William Cherop’s home at Kapkorombo village where 12-year-old pupil Kimoi Kiplagat met his death, villagers were yet to come to terms with the disaster.

According to Mr Cherop, the boy, who is his neighbour’s son, had sought shelter at his home as it was raining heavily.

“We were in the living room with three of my children having supper while two had slept. Suddenly I heard a loud bang which I assumed to be a car which had swerved off the road as I live near the main road,” he said.

The deputy principal at the nearby Timboywo School said that it was only after he got out of the house that he discovered that his kitchen had caved in, killing the boy. He also lost a calf in the 7.40pm incident.

The second incident occurred at Kimungur village in the same location where Gideon Chesire, 15, a Form One student, was also killed. Villagers helped evacuate his siblings.

The situation was no different at the neighbouring Timboiywo and Bosin villages, where residents were counting their losses following Mother Nature’s rage.

Ms Rufene Tomno and her three children escaped death narrowly when her house caved in.

“I thank God we are alive, but I’ve lost everything. I don’t know how I will start all over again. We call on well-wishers to help us,” said the woman who sustained leg and head injuries.

Baringo Central acting district commissioner Noah Tonui, who toured the area, assured the affected families that the government would help.

“Many roads cut off have affected our response to the disaster,” said Mr Tonui. The level of water in Lake Baringo has been rising. More than 2,000 people living near the lake are displaced.