As the tail has been on the right, or up, asking the Zetas about this change in position! that Planet X was turning in place to point its tail more directly at the Earth. Since Planet X is outbound from the S Pole of the Sun, rising to the Ecliptic for the moment when it pierces the Ecliptic and races out of the solar system, causing the Pole Shift on Earth during this process. Planet X is coming at the Earth in a retrograde orbit, from the right hand side as viewed from the Northern Hemisphere. Thus normally the tail should be seen wafting over at the right hand side, but lately has for months been seen wafting toward the LEFT. Why was this?

The tail is charged, and coming from the N Pole of Planet X is charged with magnetons flowing from Planet X along the lines of  its massive magnetic field. These lines curl around to re-enter at the S Pole of Planet X, but this flow is not even throughout the magnetic field of Planet X. The Earth rides just to one side, further away from the Sun and to the left, with her S Pole somewhat closer to Planet X than her N Pole, which is repelled daily during the Earth wobble. The S Pole of Earth thus has been pulling the charged tail of Planet X toward it, and thus the appearance of a wafting to the LEFT. A waft will continue, due to momentum, and if pulled in this direction, along that magnetic field line, will curl along that line – to the left in the view from Earth and UP.

So what has happened that the tail is now found to the right? In fact, if one notices in the series of photos coming from Alberto, the tail has been wafting to the left and UP, as a waft has more than momentum, it has a limited reach. If the tail waft were able to travel all the way along the magnetic field line to the S Pole of Planet X, it would seemingly disappear on the lower right hand side. But, carried by momentum, it is forming a circle in front of the N Pole of Planet X. First to the left toward the S Pole of Earth, then up due to momentum, and round to the right! 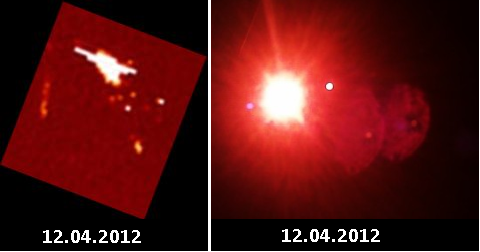 From experience Fea, no red plastic doesn't work and while a sepia filter kind of works I think that the floppy is the best thing found to date.

The key is that the filter must filter FOR red, allowing this through but filtering out other spectrums. Being the color red does not per se filter FOR red, I think. Not sure how to tell, but the insert of a floppy disc DOES do that. 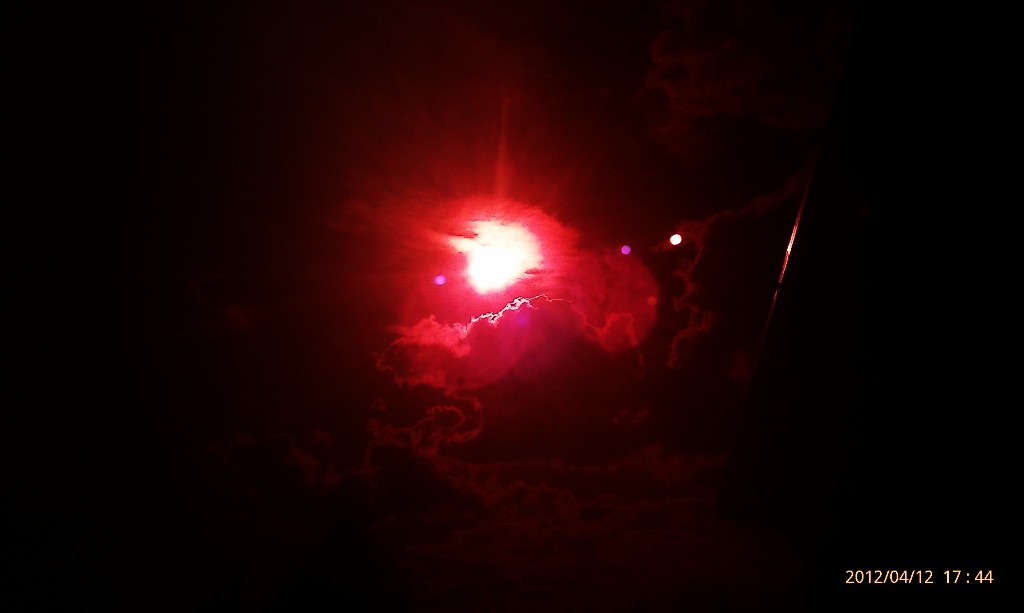 This is big! Why would the tail be blown to the right! I think this is worthy of a Q&A entry and am going to do it myself!