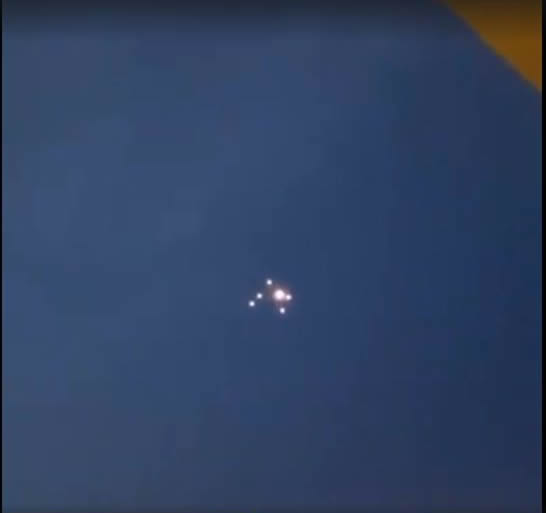 In one of the first ever bizarre sightings from Ireland, an orange coloured flash of light appeared in the otherwise cloudy sky. The orange coloured dot looked like it was smeared across the canvas of the cloud covered sky and the unidentified object that was emanating this orange light showed uncanny resemblance to the sun. Earlier many viewers thought that it was the video of the Sun trying to make its presence felt from behind the blanket of clouds. But when the object, perhaps a UFO, started twinkling and blinking, the theory that it was the Sun was refuted immediately (because Sun never twinkles or blinks) and the appearance of the object was related to a mystical presence. Some of the spectators theorised that maybe the UFO was stuck in between the dark sheets of black clouds and had to turn on its lights so as to navigate its way through them. Still the evidence is only circumstantial and nothing could be said with certainty.

We've come a long way:  C5M Super Galaxy, and an escort (one of ours). 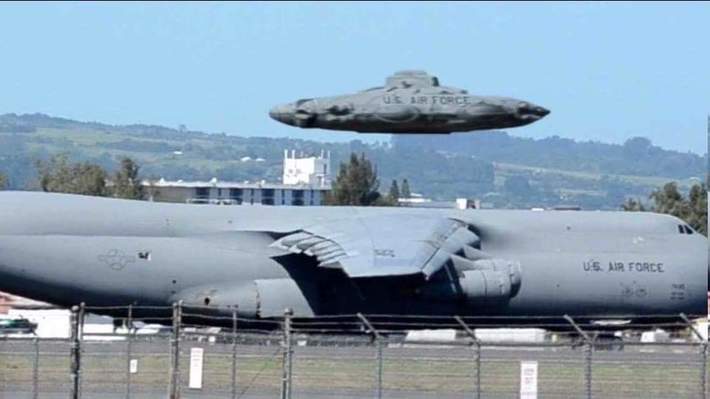 The Department of Defense authorized the release of three unclassified Navy videos from 2004 and 2015 showing “unidentified aerial phenomena” on April 27, 2020.
April 27, 2020

In a statement, the Pentagon said that after a review of the three videos, it determined that the videos do not “reveal any sensitive capabilities or systems, and does not impinge on any subsequent investigations of military air space incursions by unidentified aerial phenomena.” In one video, a U.S. Navy pilot exclaims there is a “whole fleet” of the unidentified objects.

The videos were made available by a U.S. Navy freedom of information website. There is one video from a November 2004 event and two videos from a January 2015 event. The videos have been circulating since 2007 and 2017 respectively, as a result of unauthorized releases.

“The aerial phenomena observed in the videos remain characterized as ‘unidentified,'” the Pentagon press statement added.

The U.S. Navy previously raised concerns about the 2004 footage, claiming its release could cause “grave damage” to U.S. national security. The footage was previously obtained and published by former Blink-182 guitarist Tom DeLonge at his company “To the Stars Academy.”

The footage from the 2004 incident was previously reported on by the New York Times and appears to show an oblong 40 foot object hovering about 50 feet above the water, which U.S. Navy pilots said quickly ascended and flew away when they attempted to approach.

“It accelerated like nothing I’ve ever seen,” one of the pilots told the Times.

The 2015 footage shows various 2013 incidents, in which multiple other flying objects are observed. The first 2015 shows an object speeding across the ocean at high speeds, prompting one pilot to ask “What the fuck is that?”

Another pilot says, “there’s a whole fleet of them.”

The first pilot also noted that the objects are flying against the wind, which he said was going “120 knots to the west.” 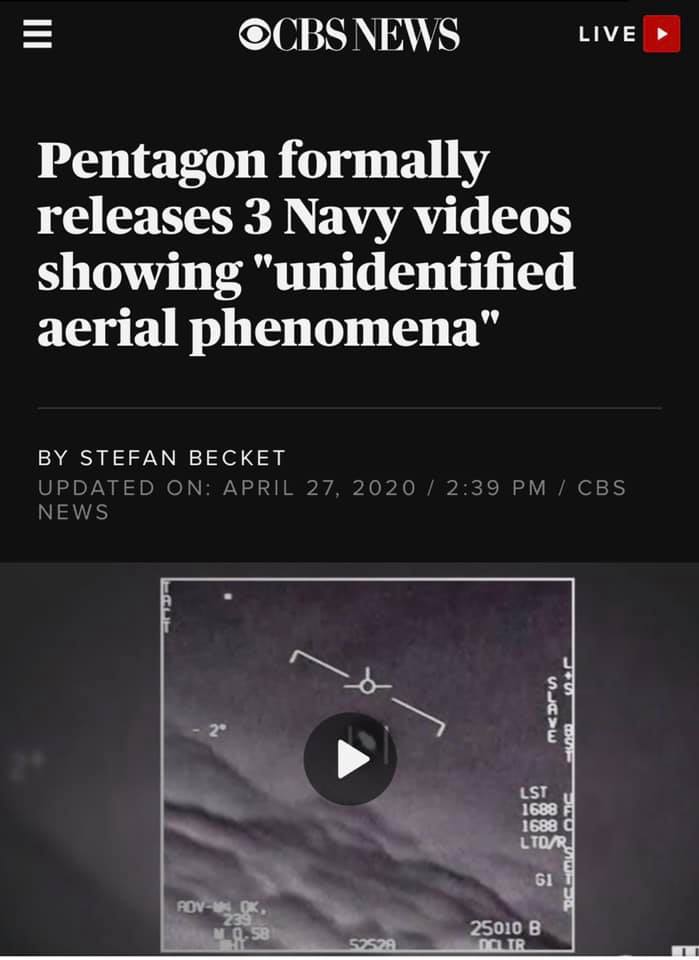 Mysterious Cigar-Shaped UFO is Back, and It’s Glowing in Nebraska Sky 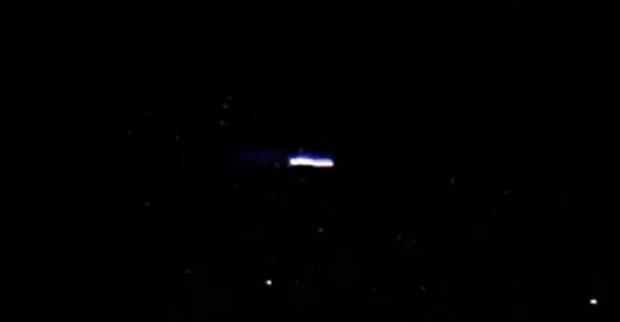 A strange cigar-shaped UFO has been seen again in the US, and this time it was over the city of Omaha, Nebraska. The long, slender mysterious object has frequently been observed in recent months in North America, including Washington, Wyoming, and New York. It has also spotted in other parts of the world, including Latin America and Europe.
However, the cigar UFO in Omaha City raced through the sky instead of floating in the air. Also, its colour was different. The past videos show black cigar UFO, but now it’s blue and glowing.
The latest incident was captured on video by an amateur astronomer, who passed the video to YouTube channel MrMBB333, which is famous for featuring mysterious events. The video then became viral with thousands of views.
Many viewers agree that the unusual thing in the sky is a sign of space alien life. One user believes that it’s not a meteorite. Another one suggests the cigar-shaped UFOs are different kind of extra-terrestrial vehicle or drone; instead of the typical round UFO’s.
One netizen says that aliens decided to check out the situation on Earth in the middle of the coronavirus pandemic.
Others claim they had seen similar objects in the sky in the South Mountain area.
Cigar-shaped or snake UFOs have been spotted quite often in recent months in the US, but they have also been observed in Scotland and Brazil recently, where it had a strange colour.