As identified in Kojima's Proof of Plate Movement - Indonesia Region, comparisons of map and satellite imagery reveal indications of plate movement in accordance with the Zetas' 7 of 10 predictions.

Upon close examination of Google Maps and Bing Maps along the coastal regions of Indonesia on the Sunda Plate, it is apparent that mapped shorelines often do not match the most recent satellite imagery.

By popular demand, the following example is provided for those intent on exploring these discrepancies further.

1.  In Google Maps, select satellite view and move the map over Indonesia: 2.  Zoom in on an island or coastline and identify where the dotted white line intended to delineate land mass clearly does not match the shoreline in the satellite image. 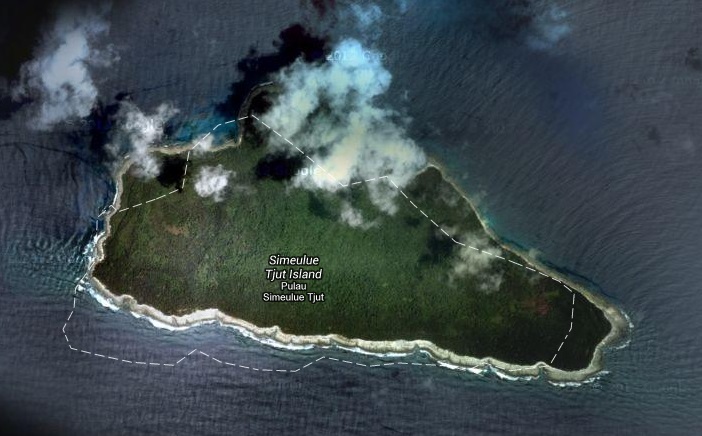 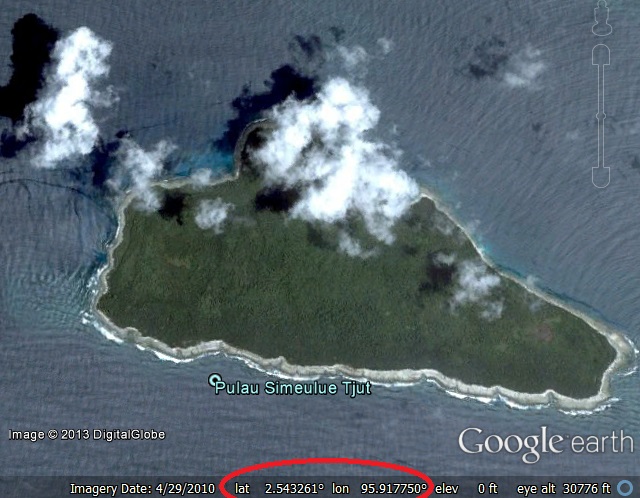 4.  Entering these same coordinates into Bing Maps and comparing the "Road" and "Aerial" views, disparities are also evident. 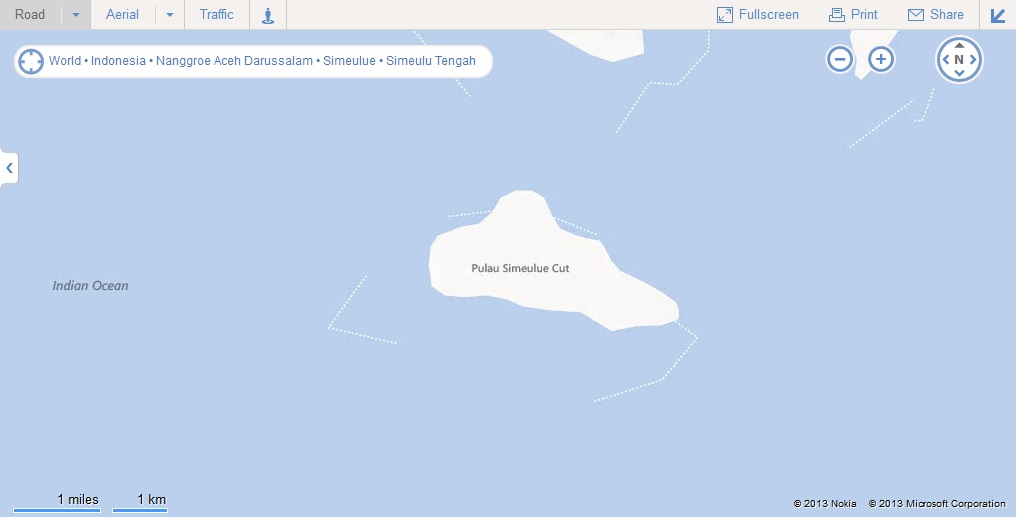 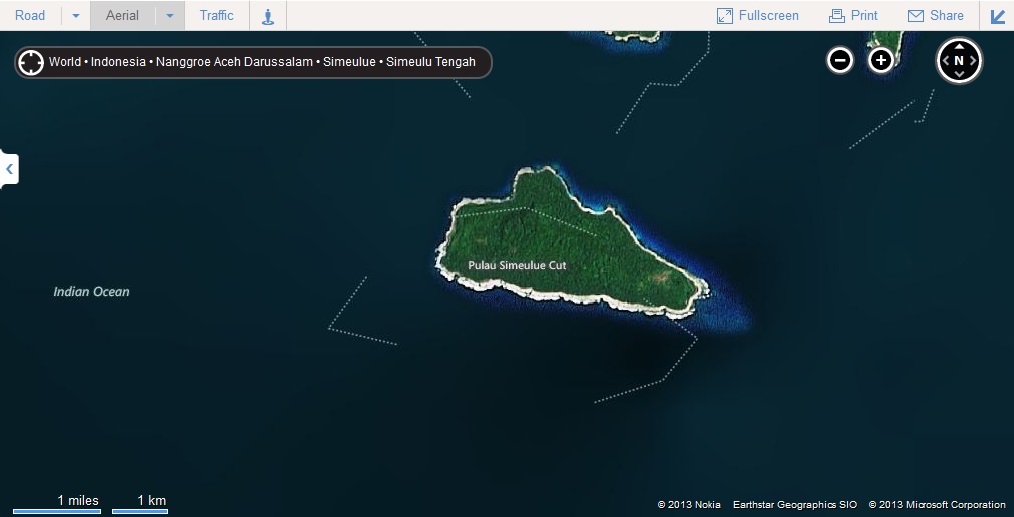 It should be noted that images obtained on Google Maps and Bing Maps are not accurately time stamped.  Actual dates of satellite imagery can be ascertained using Google Earth by selecting the "historical imagery" icon. 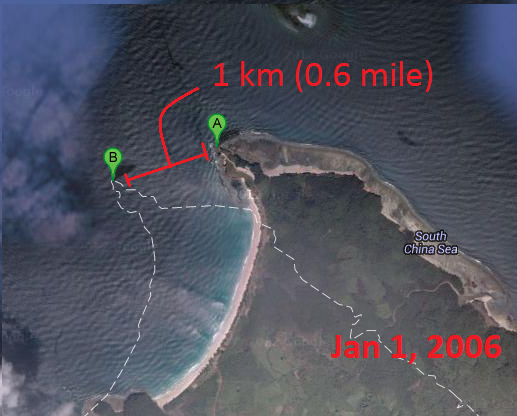 So shouldn't the dotted line fit right over the land shown on the satellite image?

There is another image available through the "historical imagery" feature that is dated June 7,2010. So we shouldn't be seeing a discrepancy of one km as we see in the first picture.

Given the change in landscape that started by the end of 2010,  the companies that render these satellite images have two options.

A) Either continue to redraw the map to correspond with the ever changing global landscape & sat. images (which is an impossible task and would raise red flags),  or

B) Reorient the satellite images to make them fit with the original map that has been drawn to already established standards (i.e. maps drawn before 2010)

The second option wouldn't be a perfect solution for the coverup, but its more easy to implement . I think what we are catching is the "byproduct" of NASA & their contractors tinkering with sat. images to maintain the coverup. If this is the case, then where they're plugging a hole in the coverup, they're incidentally creating another hole.

Here is an example of Google's attempt to cover up their satellite images.

In Google Earth & Google maps, if you zoom in to those coordinates the following picture is what you get: Upon going through the "historical timeline" feature, I realized this picture that shows up on google maps was actually photographed on 16 July, 2009. Notice the farms look like normal wet rice fields.

However the "historical imagery" timeline shows that there is a picture taken on a later date. In order to keep the maps current, why isn't the picture from the later date used as the default satellite image? It is obvious that the fields to the right are "flooded". Thus it is not the default image on google maps, even though it is the most recent one.