At least four people died after a crowded "smuggling vessel" hit a reef and capsized off the coast of San Diego on Sunday morning, officials said.

SAN DIEGO -- At least four people died after a crowded "smuggling vessel" hit a reef and capsized off the coast of San Diego on Sunday morning, officials said.

The incident took place around 9:56 a.m. local time, when a call came in from a commercial vessel that reported there was another boat in trouble near Point Loma leading into San Diego Bay, according to Rick Romero of the San Diego Lifeguard Services.
S

Three people were killed and more than two dozen others were hospitalized after a wooden boat capsized Sunday.


The initial report said there was just one person aboard the distressed ship. However, rescuers said there were as many as 30 people involved. James Gartland, the lifeguard chief for the city of San Diego, said the vessel hit a reef and broke.

"There are people in the water drowning, getting sucked by currents, people on shore," Romero told reporters at a news conference.

Seven people were in the water, and two had drowned, according to Romero. The remainder of the passengers were taken to area hospitals with conditions ranging from "hypothermia and injuries from the vessel breaking," Romero said.

At least three people needed CPR, according to Gartland.

Weather conditions, which caused the boat to break apart, also hindered the rescue efforts, according to a source with knowledge of the investigation. There were seven-foot swells, low clouds and some rain.

Divers could not go in the water because the weather was so bad, the source told ABC News.

The U.S. Customs and Border Protection is investigating the crash since it took place in federal waters.

Jeff Stephenson, a Border Patrol agent, told reporters that the boat was a smuggling vessel, and the likely operator was in custody.

"(Smugglers) don't care about the people they're exploiting, all they care about is profit. To them, these people are just commodities," Stephenson told reporters.

WATCH: Officials give update after boat capsizes off San Diego

Three people were killed and more than two dozen others were hospitalized after a wooden boat capsized Sunday during a possible human smuggling operation just off the San Diego coast, authorities said.

A spokesperson for UC San Diego Medical Center, Hillcrest said it also received eight patients, three of whom were trauma patients while the others were sent to the emergency department.

On Sunday night, the U.S. Coast Guard said in a statement that 29 have reportedly been accounted for: 24 of them who are alive, four who are dead "and one person who was last reported to be in critical condition."

The first attempt to refloat the vessel - unsuccessful 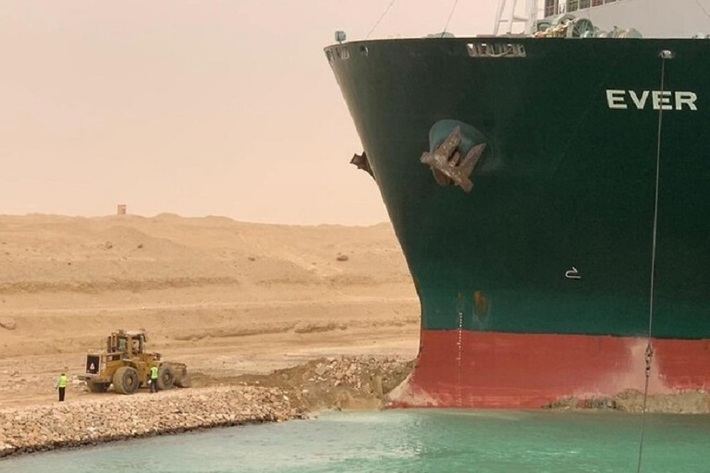 Heavy tugs have not been able to re-float the vessel despite efforts made until now, therefore SCA has recalled a dredger to the site to assist in re-floating the vessel. 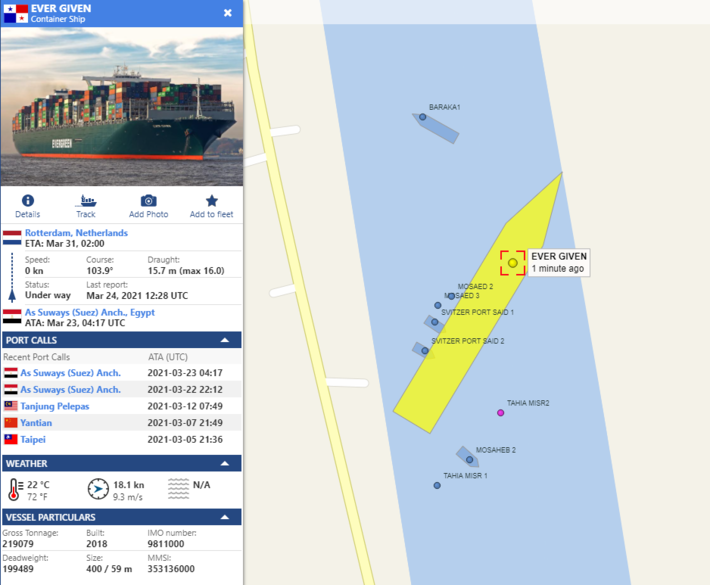 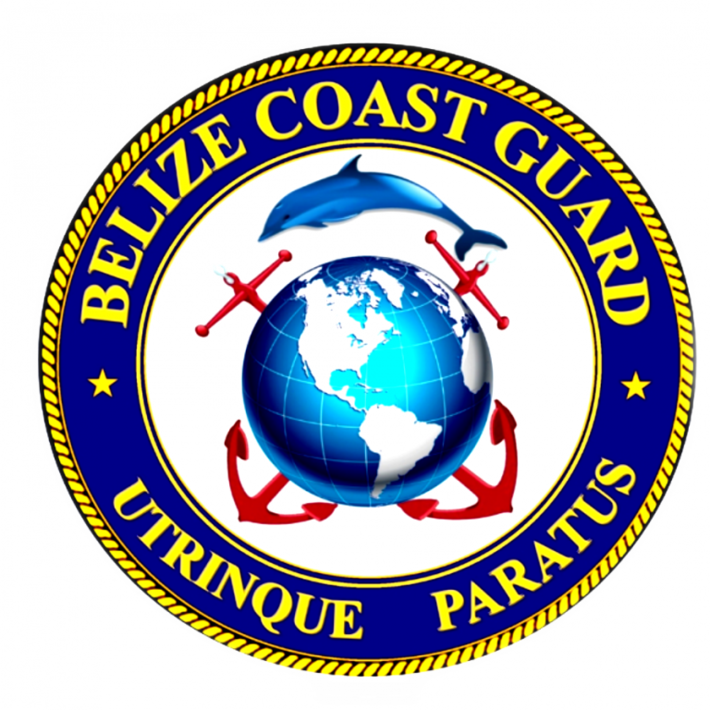 The boat capsized at around 11pm while carrying over 20 people.

The boat was carrying traders mostly from the neighboring country of Uganda when strong winds destabilized it.

The boat was transporting maize and bananas to Usenge beach when it capsized.

“The fishermen who were nearby came to the rescue of the ten people,” he said.

He local fishermen and Kenya Red Cross had also joined in the search for the missing people. 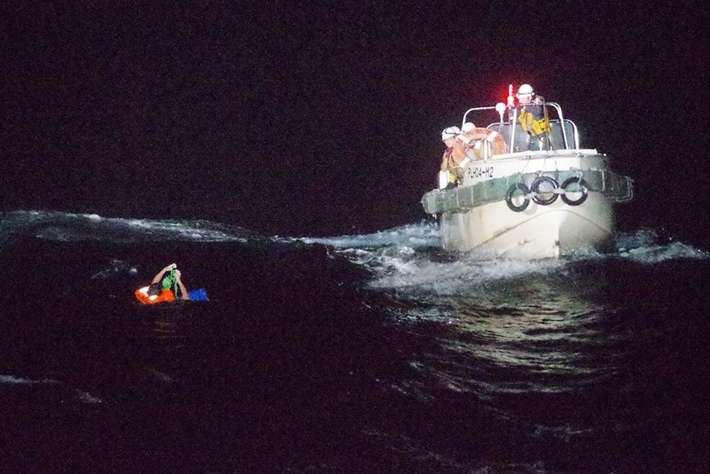 TOKYO —A cargo ship carrying 43 crew members and about 5,800 cows has gone missing after running into stormy seas off Japan caused by a typhoon, with one of the crew later rescued, Japan's coast guard and defense ministry said on Thursday.

The 11,947-ton Gulf Livestock 1 sent a distress call around 1:45 a.m. Wednesday, 115 miles west of the Japanese island of Amami-Oshima in the East China Sea, as Typhoon Maysak caused powerful winds, torrential rain and turbulent seas in the area.

A naval P-3C surveillance aircraft spotted a Filipino crew member wearing a life vest and waving while bobbing up and down in the water on Wednesday night, the Defense Ministry said. The crew member was picked up by a coast guard patrol boat. He is now able to walk and his condition is not life-threatening, the coast guard said.

Maysak is just the sixth Category 2 or greater storm to hit South Korea since reliable records began in 1951, but it is the fourth typhoon to hit the Korean Peninsula during this year’s western Pacific typhoon season. It struck just a week after Typhoon Bavi affected the country on its way to a rare landfall in North Korea.

North Korea’s state television news aired real-time footage on Thursday of flooding in port city of Wonsan in the country’s east. State media has not reported any fatalities.

Nuclear power reactors in path of the storm were automatically turned off early Thursday. Seoul’s Ministry of the Interior and Safety said the shutdown of four nuclear reactors near Busan was due to electricity supply issues and no radiation leak was detected.

Crusing boat sinks off Haiti killing no less than 17 Not less than 17 folks, together with two kids, died off Haiti when the crusing boat they had been on sank between Tortuga island and the fishing port of Saint-Louis-du-Nord.

Officers say these on board lived on Tortuga and had been to the principle market in Saint-Louis-du-Nord.

9 folks have been rescued and the search continues for attainable survivors.

About 30 individuals are believed to have been on board when the boat sank.

“It sank due to excessive winds,” the top of the Haitian Maritime and Navigation Service (Semanah), Eric Prévost Junior, stated.

He additionally stated the boat, the Ancelita, was overloaded and had not been granted permission to sail.

Mr Prévost stated that as there was no police presence within the port, the captain of the Ancelita had set sail regardless.

The Haitian President Jovenel Moïse tweeted his condolences, saying he shared the sorrow of the bereaved. 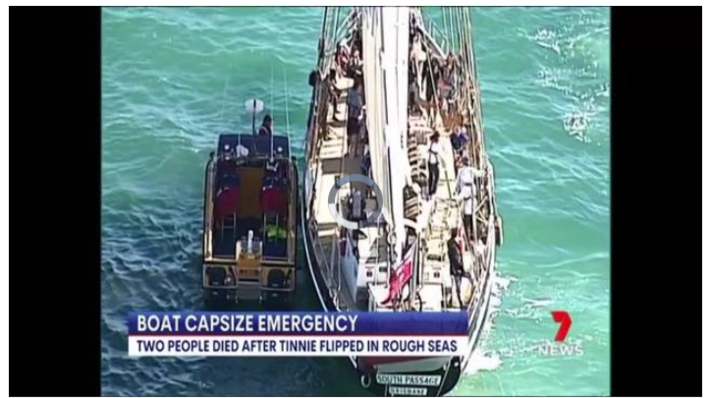 Two people have died after a boat capsized in Moreton Bay, off Brisbane, despite a dramatic rescue attempt involving a boat carrying children.

Emergency services including a rescue helicopter were sent to the scene just after 1pm on Wednesday, with police divers entering the water.

Earlier, the Queensland Ambulance Service said one person was flown to Princess Alexandra Hospital in a critical condition.

Police have since confirmed that two people have died.

Authorities are unable to confirm how many people were onboard when the boat capsized near Green Island between Manly and North Stradbroke Island.

A boat, with children aboard as part of a school excursion, was first to respond to the overturned vessel as it passed by.

“They immediately stopped and rendered assistance to one of the males, and pulled that person from the water.

“Call for assistance was put out via radio.

“As you can imagine, certainly witnessing an event like this is distressing for any person, and I would imagine that would be a similar situation for those persons on the boat.”

It is believed the deceased persons were on the water fishing. 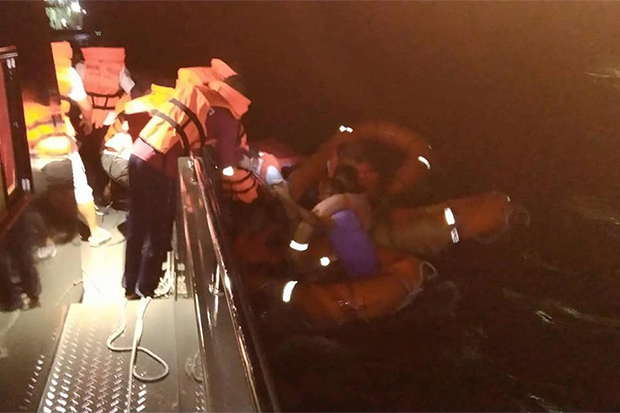 SURAT THANI: Seven people were missing and nine others rescued after a ferry hit by a strong storm capsized after leaving Koh Samui island, heading for the Don Sak boat pier on the mainland on Saturday night, local media reported.

The Raja 4 ferry was loaded with garbage, three 10-wheel lorries and a pick-up truck. On board the ferry were 11 crewmen, four drivers of the three lorries and the pick-up and a saleswoman.

The ferry departed from Koh Samui at 8.48pm. At about 10pm, it was hit by a strong storm and high waves,  and capsized about 2 nautical miles from Koh Samui, between Koh 4 and Koh 5 islands.

Koh Samui marine police dispatched two patrol boats, R6 and R10, for the rescue. They managed to pluck nine people - seven ferry crew including the skipper and the drivers of two 10-wheel lorries - from the high waves.

Seven other people - four ferry crewmen, the drivers of the other 10-wheel lorry and the pick-up, and the saleswoman - were still missing.

Mr Wichawut said the rescue operation was hampered by heavy rain and waves of  2-3 metres.

The rescue team continued the search for the missing into the night. At least 10 people are feared dead in a ferry accident in a lake in western Tanzania, police said Friday.

James Manyama, a local police officer, said strong winds forced the boat to capsize and sink in the Lake Tanganyika.

A total of 87 people have been rescued so far, he said.

Initial reports suggest 97 passengers were aboard the ferry.

The country's Met Office in mid-July warned of strong winds and high tides in the lake, which is among the deepest in the world.