Within a 24 hour period the SWPC recorded a pair of severe and prolonged compression of Earths Magnetosphere November 26-27 2021, when the values of Bt and Bz nearly merged.

within the Geosynchronous orbit of the Earth. 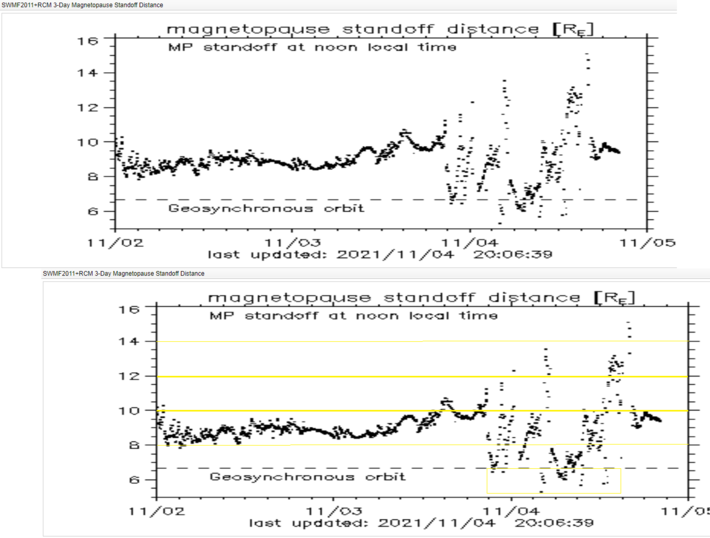 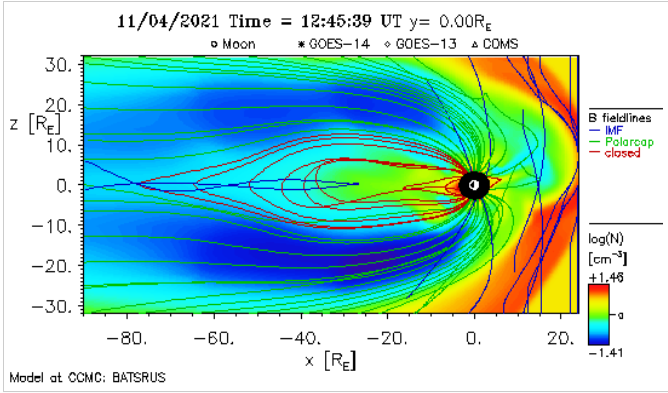 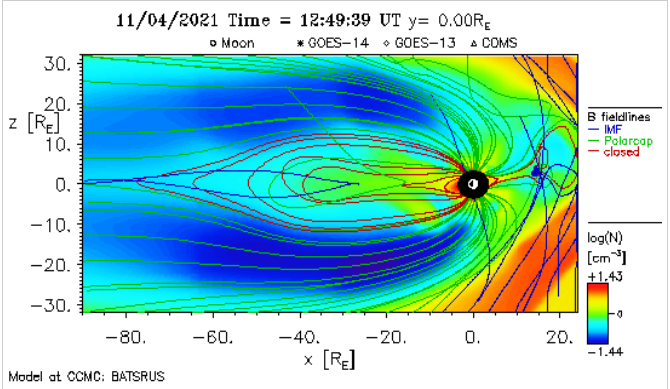 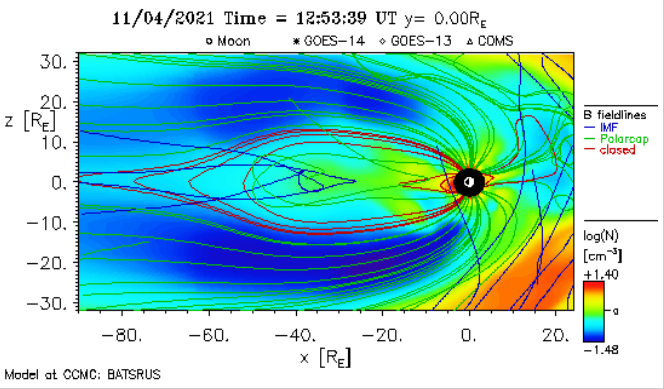 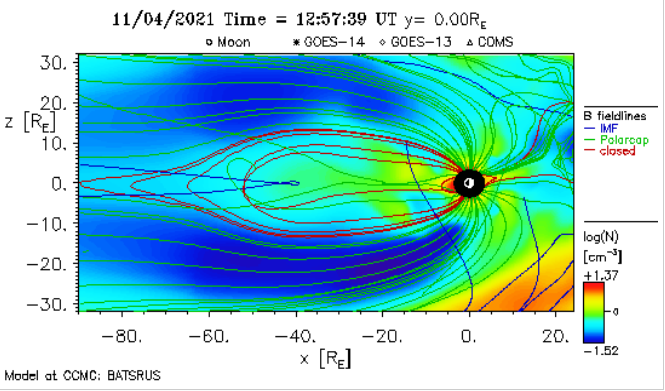 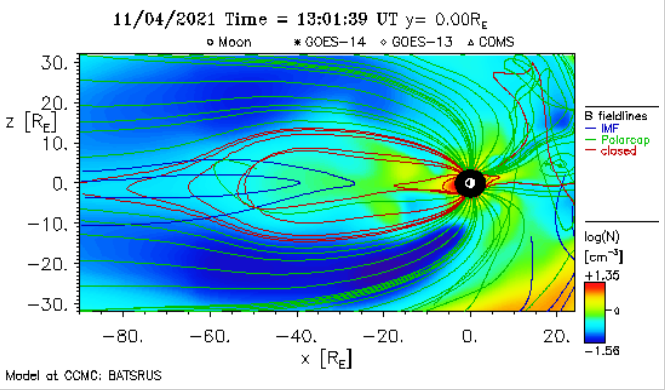 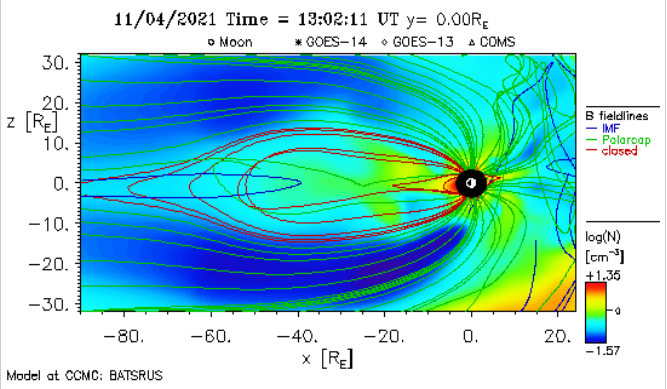 Severe prolonged Magnetic Twist and compression of Earth's magnetosphere for much of the day October 16, 2021 KP index and Solar Wind indexes (Oct 16) well within the range of normal. 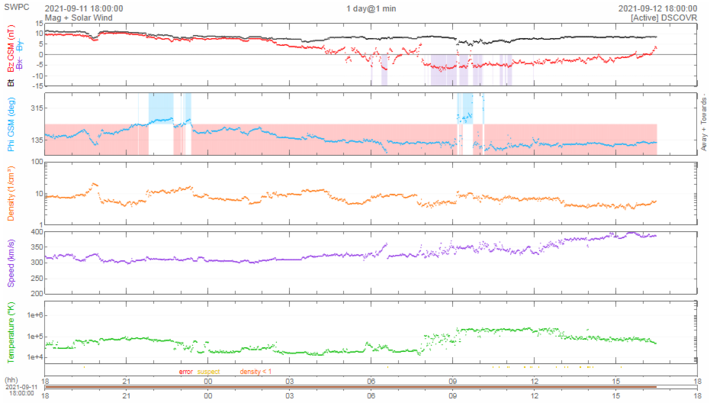 A Increase in sustained magnetic twist and severe compression during the hours the mid-Atlantic rift is facing the Sun and Planet X seen in the BATSRUS these past few days.

(SWPC maintains the ability to instantaneously switch the spacecraft that provides the RTSW data.  During times of outages in DSCOVR data or problems with the data, this page may instead display the data from the NASA/ACE spacecraft.) BATSRUS Y-Cut images taken at the top of each consecutive hour April 15, 2021

showing magnetic twist and severe compression of Earth's magnetosphere for much of the day.

A prolonged severe compression of Earth’s magnetosphere April 6, 2021 as seen in the BATSRUS Y-cut also showing periods of magnetic twist these past few days.

while the KP Index and Solar wind speed well within the norm. 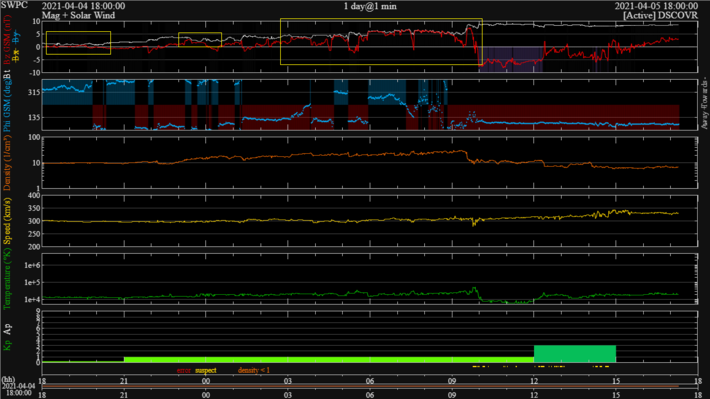 The magnetosphere of the Earth nearly mangled around midnight in Geneva December 1, 2020.