Exploding Petrol Blob? Manuel says, "see what I feel are 3 such blobs, and we will see how one of them explodes". 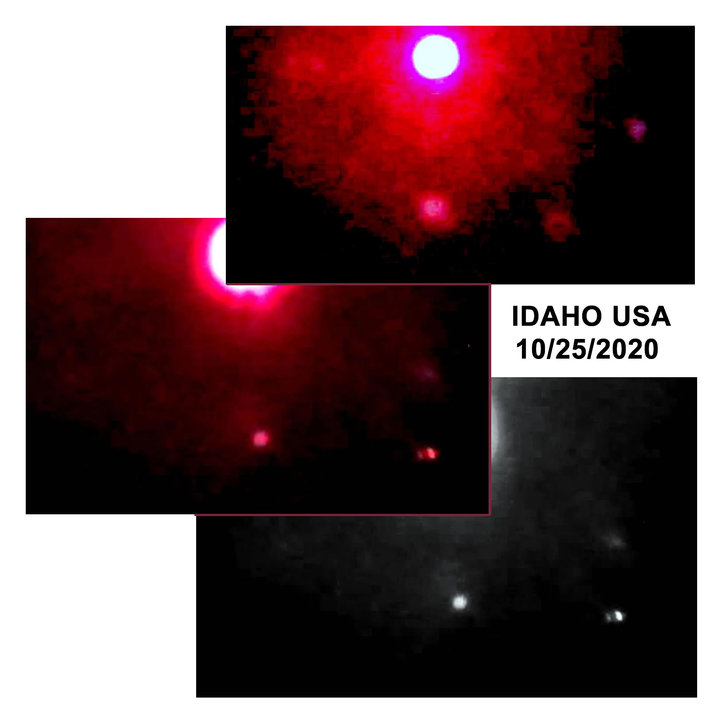 SOZT
Where Nibiru and the String of Pearls and two dominant moons that form the Double Helix are behind the fog of Petrol Bubbles, new features in the Nibiru complex are now being presented. We see much evidence of the magnetic field lines formed around the Petrol Bubbles, but up until the present those field lines formed around each Petrol Bubble. Now we see a bubble that has multiple tiny lights in its interior. This phenomena appears in a number of other bubbles in Alberto’s photo too. And Manuel has captured a Monster Persona of this intense light cluster.

What would capture the light rays in this manner? Light rays bend easily, as can be seen by refraction in water and in the light spectrum spread in rainbows. Oil on a pavement will display a rainbow, so oil captures and bends light rays easily. Caught in an oil heavy bubble, thus, light does not escape but goes around in circles, thus forming the ultra bright specs within a single bubble. Monsters are in fact light rays that have been captured and bent back to the source, thus they seemingly display a large object.
EOZT 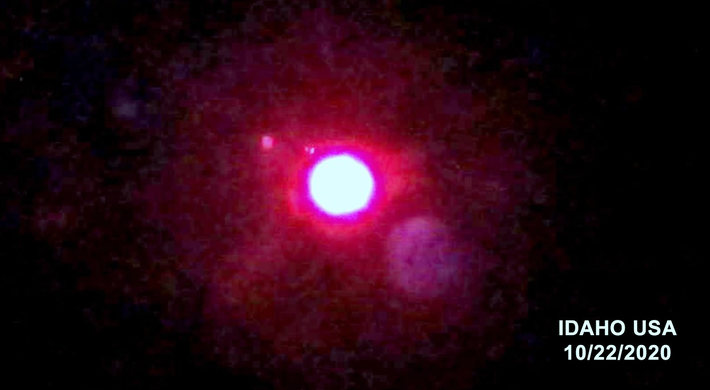 Nancy Comment: That's most likely a Monster Persona where light goes out and then bends back OR an intense clustering of the dust and debris and Moon Swirls around Nibiru. 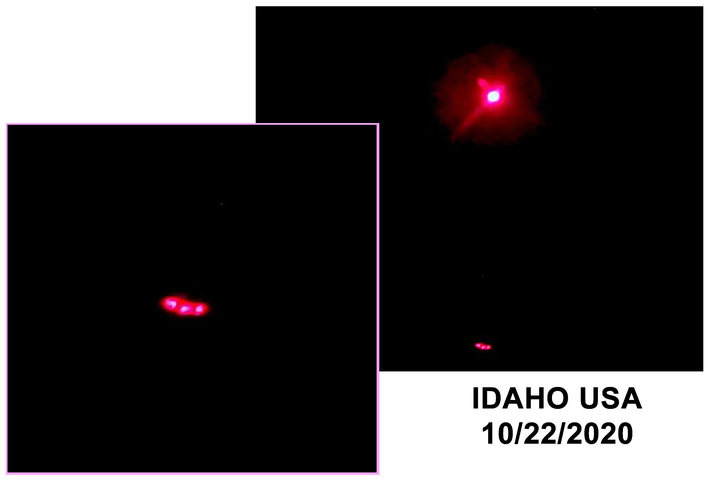 Nancy's Comment: I have been expecting more flaming Petrol bubbles as we have incidents where they fall, smoking, or light up the night sky briefly. I think this is going to become a real show before its over! 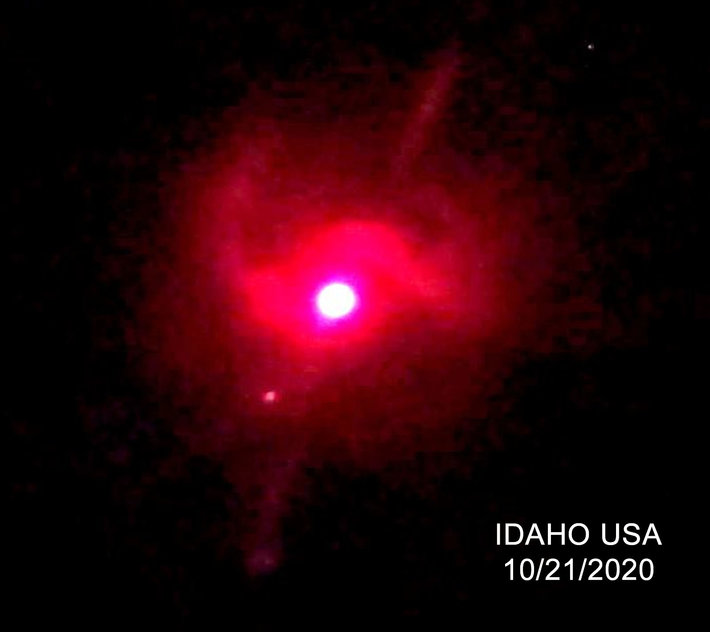 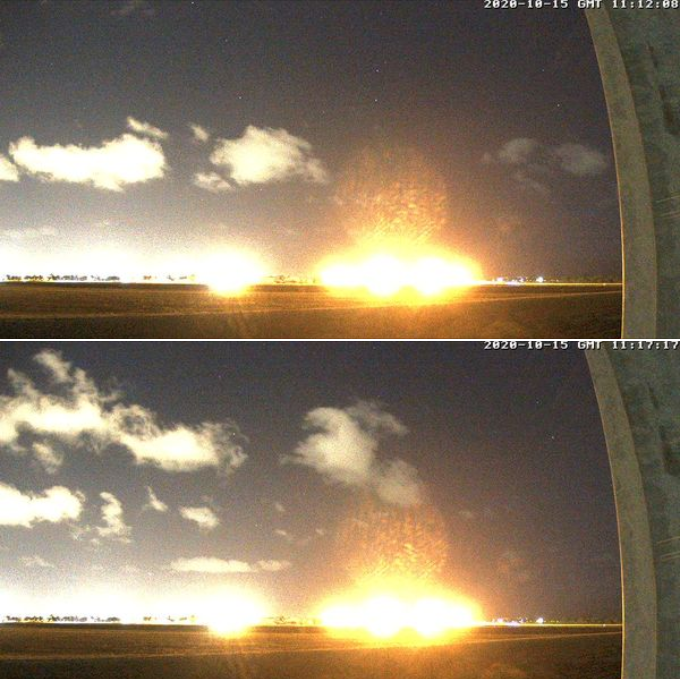 Another of Manuel's pictures "All lit up." 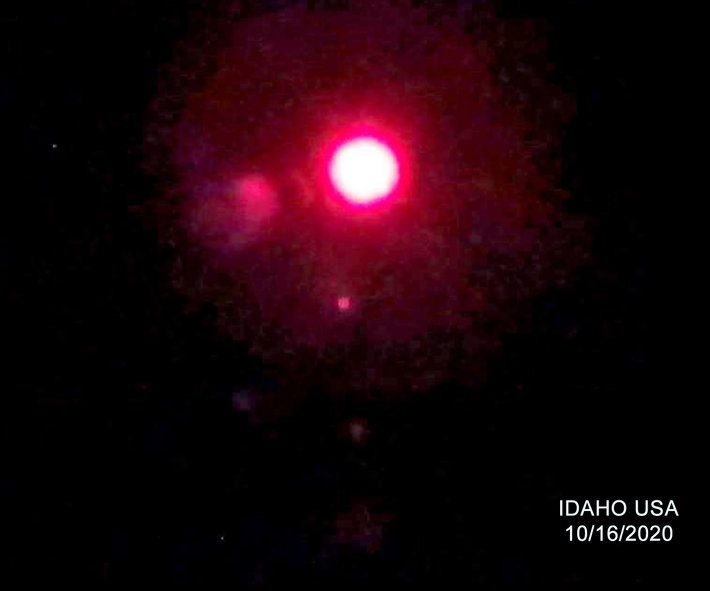 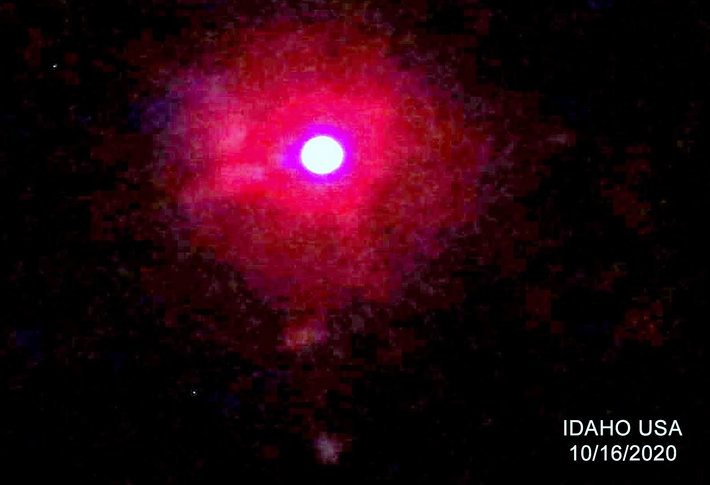 Alberto's latest. Welder's Lens do seem to penetrate the petrol bubbles and have exposed a Ring of Pearls.