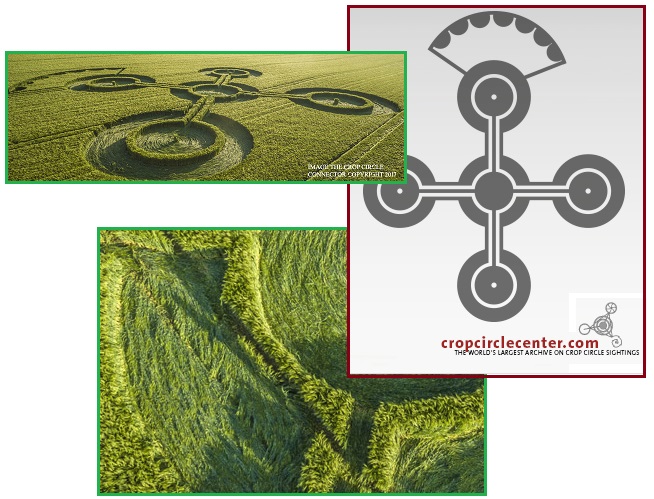 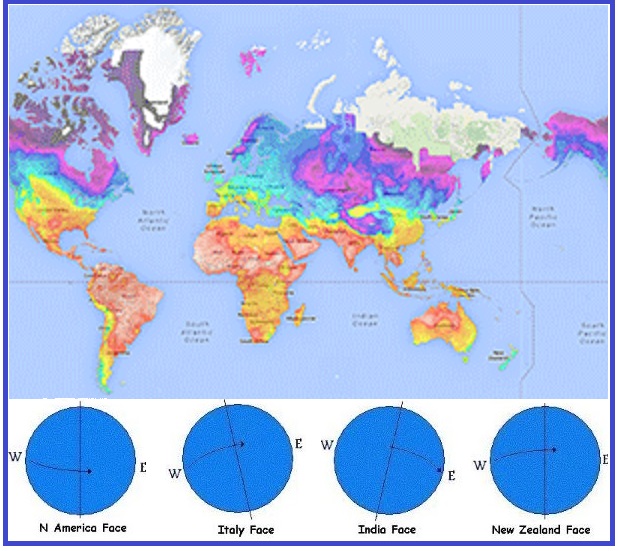 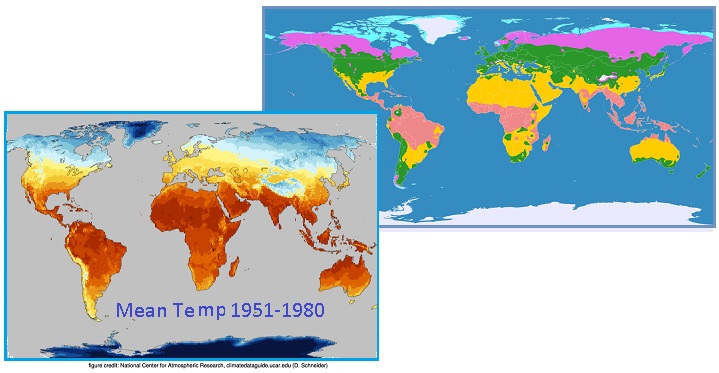 SOZT
This legitimate Crop Circle design is depicting the daily Earth wobble caused by the near presence of Nibiru. The Figure 8, well established in 2004 when the wobble first began, has changed. The Figure 8 originated with what we called the Polar Push, an increasingly violent push against the Earth’s magnetic N Pole. This occurred when the Sun was over the Pacific and the N Pole rose over the horizon to face the Sun and Nibiru. Then the Earth would recover by the N Pole twisting first to one side and then the other and finally a bounce back into position.

The four parts of the Figure 8 were considered a quadrant arrangement – the four positions of the axis during the day. We noted in November 2016 that the wobble had moved from this quadrant arrangement to a duality, a back and forth aggressive swing
http://www.zetatalk.com/ning/26no2016.htm
– the Polar Push and the bounce back. This WhiteHorse design is showing the quadrant arrangement of the original Figure 8 as well as how the daily wobble has CHANGED. The axis tilt to this and then that side is now incorporated into the position of the N Pole when in the midst of a Polar Push.

In the past, prior to Nibiru’s entry into the Solar System, temperatures were determined by latitude, the distance from the Equator. During the Figure 8, Siberia and those parts around the Arctic pushed away from the warmth of the Sun during the Polar Push were colder. During the lean to the right and left, Alaska and Europe had unusually high temperatures. Now parts around the Arctic will REMAIN in the Polar Push position, while waiting for the bounce back that occurs when the Sun is over the Atlantic. In the meantime, HIGH TEMP spikes will result in Europe, Central Russia, and in Russia’s Far East.
EOZT

Prior ZT:  http://www.zetatalk.com/ning/26no2016.htm
Now the increased wobble has created a duality, not the quadrant arrangement of the Figure 8 that had been present since 2004. The Polar Push wherein the N Pole of Earth is shoved away from the approaching N Pole of Nibiru continues to create cold temperatures in Siberia, where the magnetic N Pole of Earth currently resides. This has also warmed Antarctica, which is getting more sunlight. The Bounce Back is more fierce, so that Europe and eastern N America are also getting more sunlight, and thus the melting Arctic. What is missing is the temperature anomalies due to the tilt to the Left and Right. They have been lost in the more aggressive back and forth motion of the Polar Push and Bounce Back.