Alberto's latest. The Sun is lost in the Petrol bubble maze. Zooming in on Manuel's latest picture, and turning the lights on, reveals moons, petrol blobs and debris around #Nibiru, Mario took an interesting picture of reflections on the water, Manuel tweaked the image and believes these are reflections of moon swirls and a vast number of moons.  Could it be? 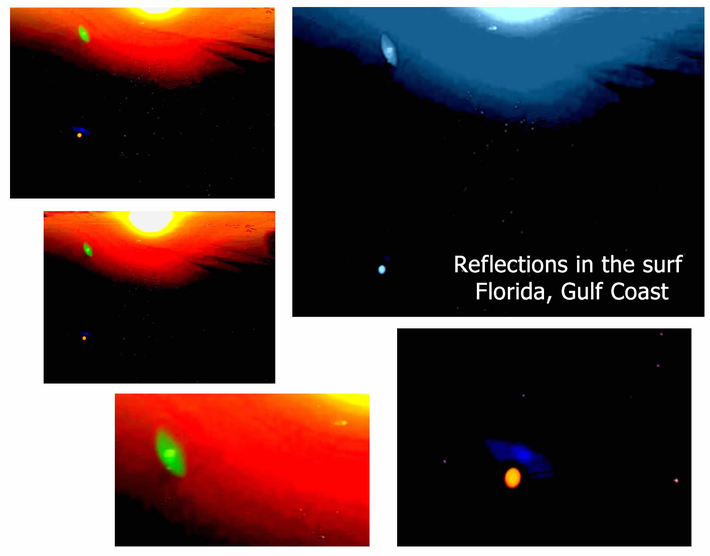 Could these be the String of Pearls or Lomonosov explosions? — Mario Valencia Rojas 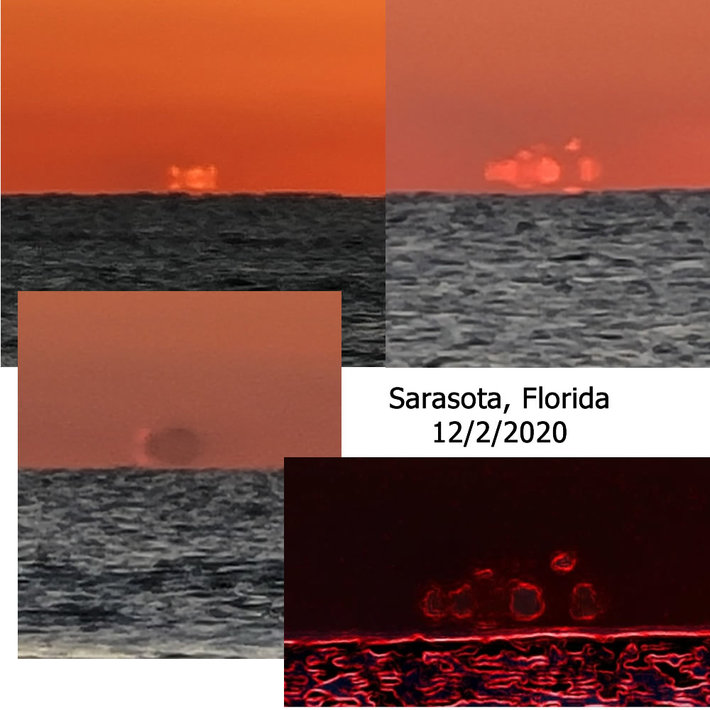 Accepted as new Q&A for this month:

SOZT
Both Alberto and Manuel have recently captured Petrol Bubble Masses
http://www.zetatalk.com/ning/30no2020.htm
in their photos. Combined Petrol Mass clumps can appear to be as large as a planet when the Monster Persona effect
http://www.zetatalk.com/ning/31oc2020.htm
is present, making the clumps seem larger than they are in reality. As Nibiru turns to point its N Pole more directly at the Earth, the vast tail of Nibiru blowing out from the N Pole is coming closer to the Earth. Seen on the horizon after the Sun goes down, these illuminated Monsters can be alarming. Yes, they will burn, and when there is no oxygen with which to burn they will seep underground to form oil deposits.
http://www.zetatalk.com/science/s38.htm
EOZT

Prior ZT: http://www.zetatalk.com/ning/30no2020.htm
Petrol Bubbles create their own light bending phenomenon for several reasons. Oil catches and distorts light, thus the rainbows that form on oil spills. Large Petrol Bubble clumps turn the light beams round and round, so they appear to be a large mass. This is not the Monster Persona phenomenon, which is simply light rays heading out into space pulled back to a gravity sink to form the illusion of a large ball. The Petrol Mass shows the actual boundaries of the Petrol Mass.

Prior ZT: http://www.zetatalk.com/ning/31oc2020.htm
Monsters are in fact light rays that have been captured and bent back to the source, thus they seemingly display a large object. 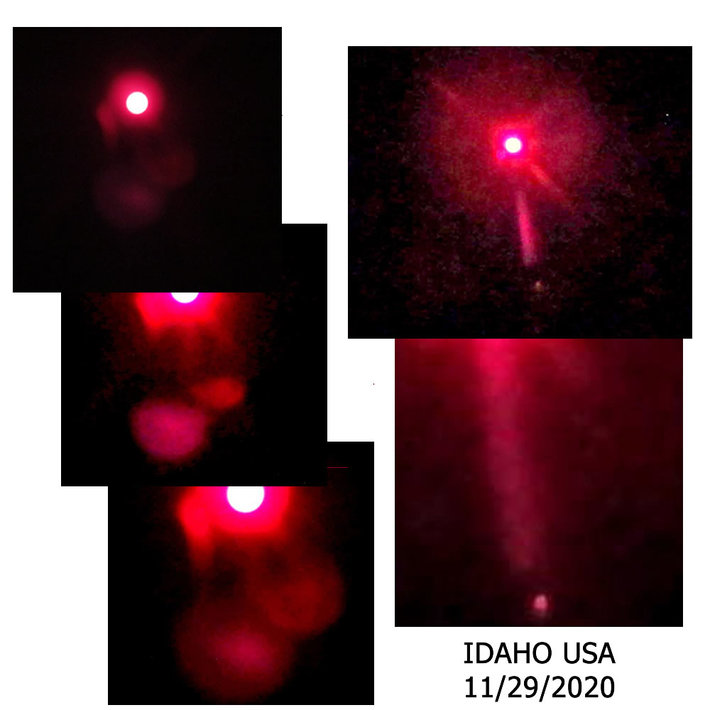 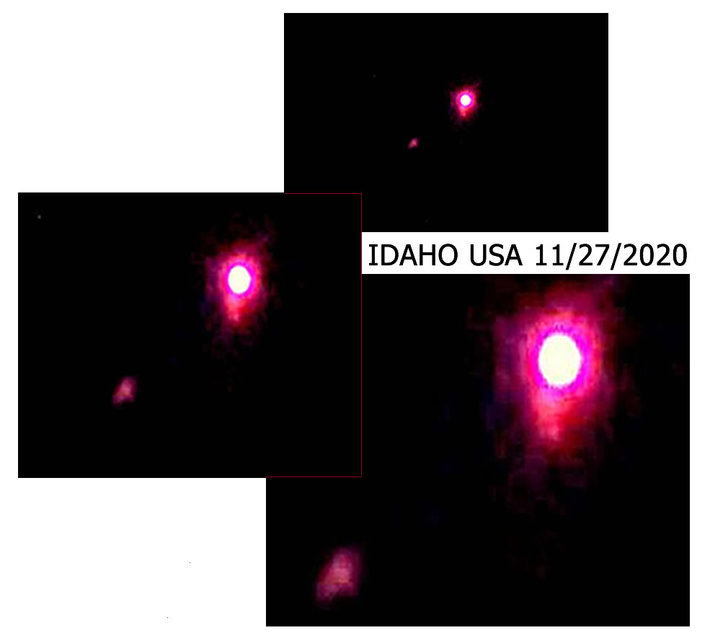 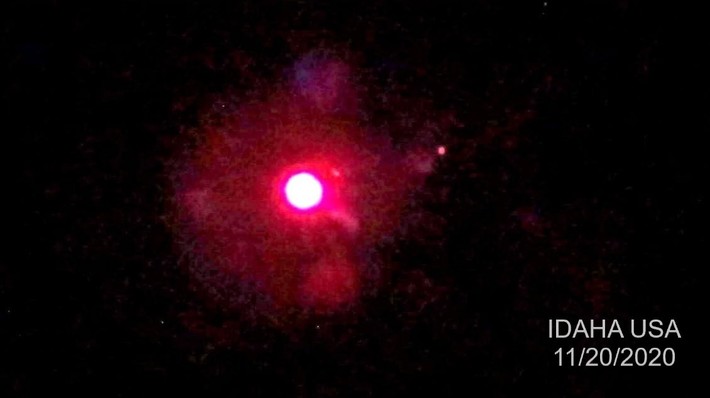 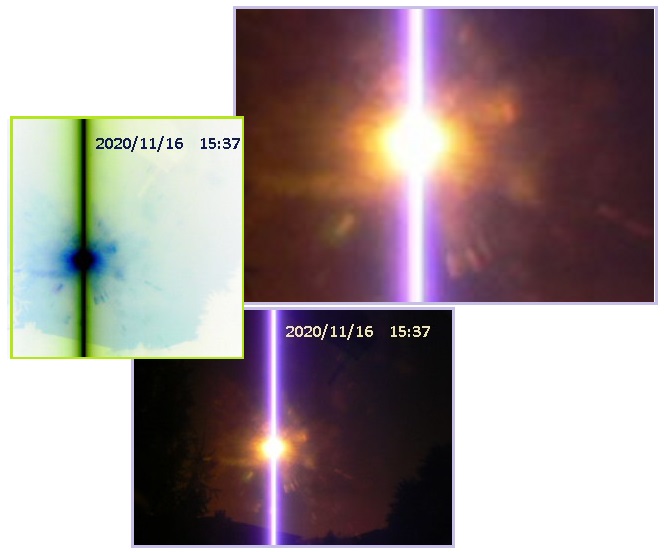 The tail of [Planet X], as it travels out in space, meets almost no resistance. It is composed of debris attracted to trail after [Planet X] from the days when [it was first] formed, but as it travels, it picks up stragglers in space attracted to its gravitational pull. The tail has dust, gases, stones, boulders, and moons, depending on the size and composition of the entourage at any given point. Nothing much affects this out in space, on the long arc [Planet X] makes as it zooms away from Earth and floats into the darkness of outer space. All this changes when [Planet X] enters your Solar System. The Solar wind, a bombardment of radiation your eye cannot see except as light, pushes the tail outward, away from the Sun. Thus the tail [of Planet X] sweeps the Earth - dust, gases, stones and boulders all. What is the effect? The moons [of Planet X] hug close, so do not come in range, but all else is a massive onslaught on the Earth's atmosphere. Alberto notes that it appears dark around the Sun "this afternoon photo has always darkness around sun and company. What happen. Never at present day i have seen. Ciao Nancy"

Nibiru is starting to position itself more directly in front of the Sun, thus the dense dust and debris and petrol bubbles are blocking the sunlight to a greater extent. Nibiru used to be to the right of the Sun, at some distance, but now is as expected pulling toward the Point of Passage position. There is still more to go, as the 7 of 10 Plate Movements have not yet completed,  nor have the Last Weeks started. 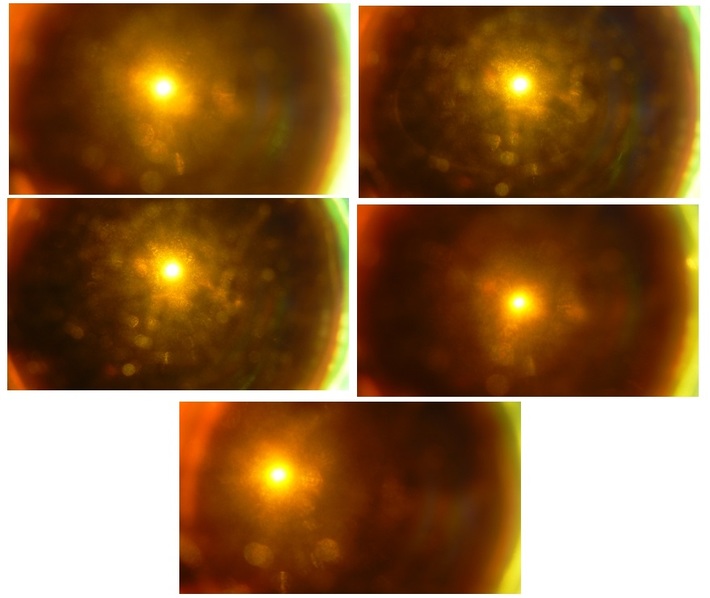