Are the storms a result of the increasing severe wobble done by the Council of Worlds? [and from another] At Least 70 Feared Dead in Kentucky Alone December 11, 2021 https://www.cnn.com/2021/12/11/weather/severe-weather-tornadoes-sat... More than 30 tornadoes have been reported in at least six states, including Missouri, Tennessee and Mississippi. A stretch of more than 250 miles from Arkansas to Kentucky might have been hit by one violent, long-track twister, CNN meteorologists say. [and from another] Tornadoes Rip across 5 States, at least 70 Dead December 11, 2021 https://nypost.com/2021/12/11/tornadoes-rip-across-5-states-at-leas... The towns of Mayfield and Dawson Springs, Kentucky, were both leveled by the powerful twister. Everything along the line of this tornado, that touched down and stayed down for 227 miles, over 200 in Kentucky, has been severely and significantly impacted.  Four likely tornadoes tore through several counties across the state, with one storm ripping across southwestern Tennessee and the western half of Kentucky. [and from another] At least 70 are Killed by EIGHTEEN Tornadoes in Kentucky's Deadliest Storm in 130 Years: More than 100 Deaths Expected across Six States as Twisters Level Entire Towns December 11, 2021 https://www.dailymail.co.uk/news/article-10299117/At-50-DEAD-Kentuc... The genesis of the tornado outbreak was a series of overnight thunderstorms, including a super cell storm that formed in northeast Arkansas. That storm moved from Arkansas and Missouri and into Tennessee and Kentucky. Some reports suggested that the record for the longest single tornado - 219 miles - could have been broken, and that it had crossed four states, breaking another record.Observers speculated that many of tornadoes were at four or even five on the Enhanced Fujita (EF) scale. Wind speeds of between 136 and 165mph are found in EF4 tornados, and of 200mpg in EF5 tornados. 'This tornado is so powerful it literally broke Radarscope velocity,' tweeted @WxAtlantic. And across the region, tornadoes on Friday night ripped through parts of Missouri, Arkansas, Tennessee and Kentucky - with one becoming what a storm chaser said was the first quad-state tornado in U.S. history. [and from another] Storm Barra: Extremely Dangerous Double Bomb Cyclone Explodes over Ireland and UK Triggering Widespread Power Outages, Giant Waves and 80mph Winds December 7, 2021 https://strangesounds.org/2021/12/storm-barra-uk-ireland-weather-vi... It went from around 1010mb to 957mb (53mb), more than twice the threshold to meet the criteria for explosive cyclogenesis (24mb drop in 24 hours). A Double BomboGenesis! 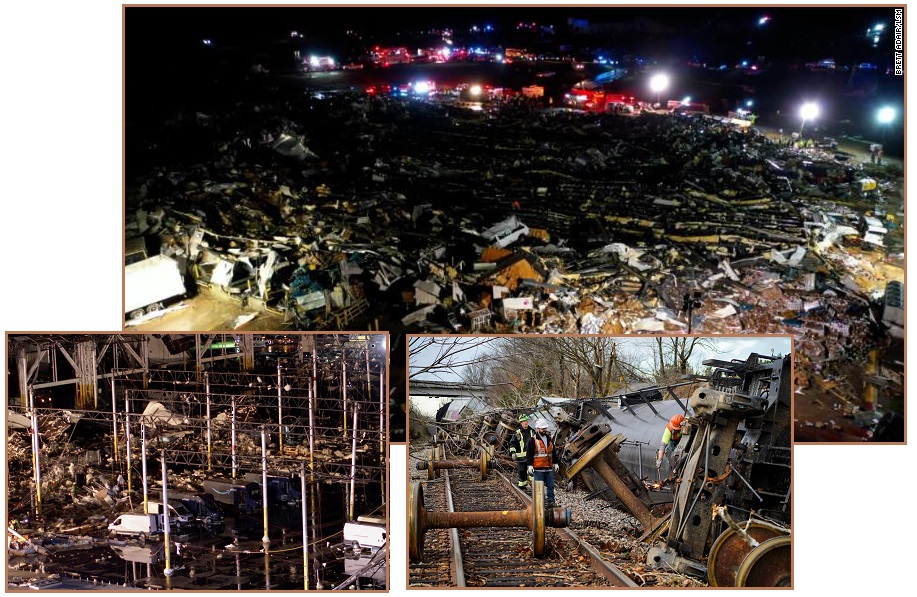 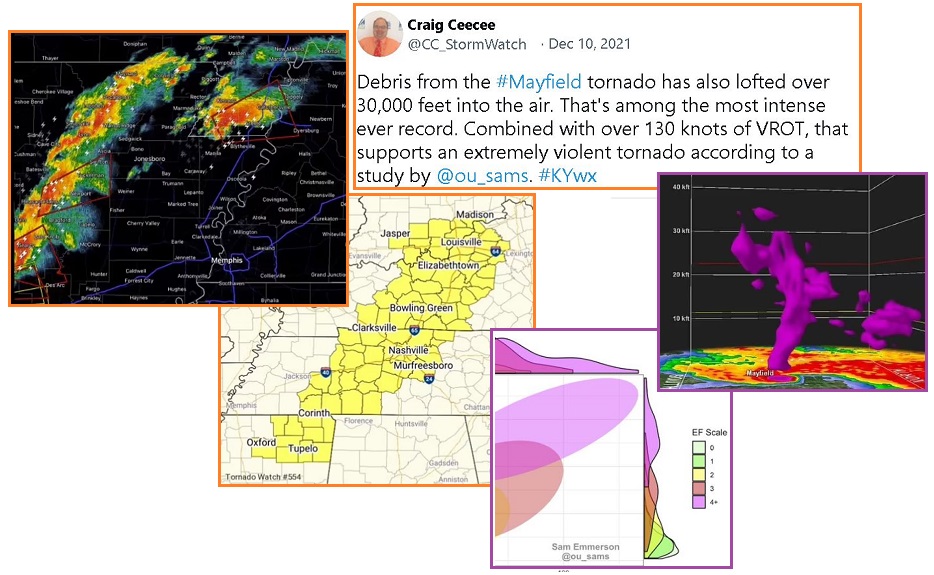 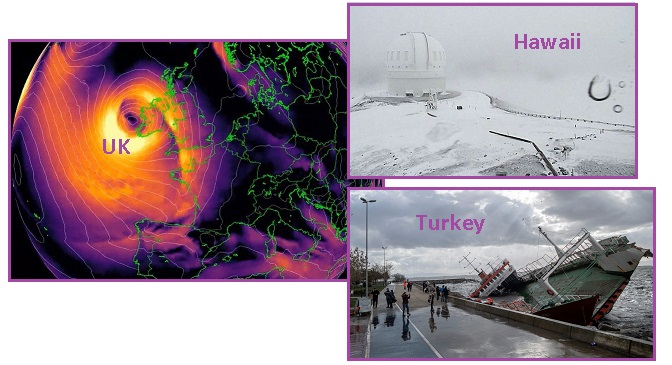 To counter the cover-up over the presence of Nibiru, the Council of Worlds approved a temporary Severe Wobble. The start of the Severe Wobble was marked by a massive quake in Peru on November 28 and a cold blitz in Europe the following day. Then a mega quake swarm occurred in Japan on November 29, predecessor quakes to the New Madrid Adjustment. On December 1 a wobble lurch could be seen by a subaquatic tidal bore north of Australia on the same day that Alexandrea had a tsunami from the Mediterranean and Turkey had a sudden windstorm.

Then the UK was struck by a Double Cyclone on December 7 followed by a mega quake swarm on the border of the Juan de Fuca Plate on December 8. Now on December 10 there has been a record-breaking spate of tornadoes in the heartland of the US - more vicious, long lasting, and reaching higher into the atmosphere than any other on record. The quake swarms in Japan and off-coast of Oregon were characterized by being unrelenting. If this is a signature of the Severe Wobble effect, how long will this last and what will the outcome be?

We have stated that the New Madrid unzipping is but a moment away, but if the goal of the Severe Wobble is to break the cover-up over the presence of Nibiru, some degree of wobble must occur that would counter the elite blaming the Sun or Global Warming. Nibiru itself must be visible, to the entire world, so that it is clear that the public has been denied the truth. At that point the experts the elite hire to lie and the elite politicians themselves will be pushed aside, and the public rage the elite fear will be upon them - true karma at last.

This twister may have touched down for nearly 250 miles (400 kilometers).

The longest tornado on record, in March 1925, tracked for about 220 miles (355 kilometers) through Missouri, Illinois and Indiana. But Gensini said this twister may have touched down for nearly 250 miles (400 kilometers). The storm was all the more remarkable because it came in December, when normally colder weather limits tornadoes, he said.