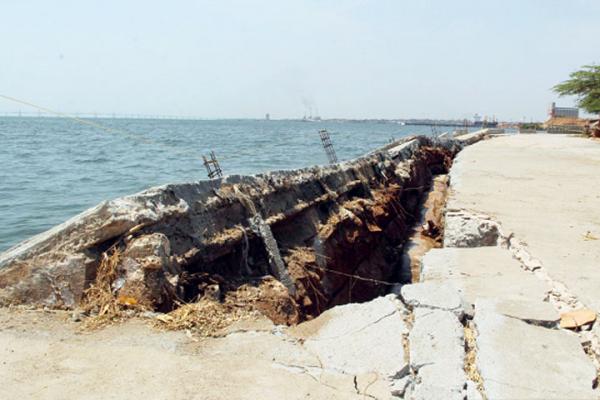 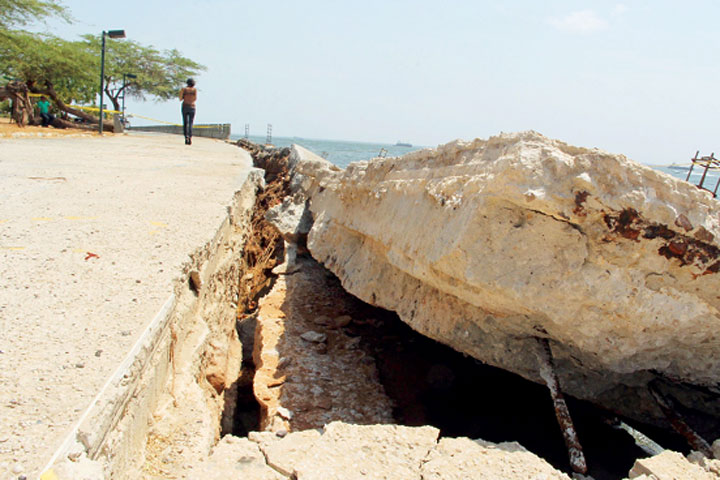 Machado said that a team of engineers conducted a month ago about studies whose results showed that in that area of ​​the Roads joints between concrete bags were breaking and weakening the floor so that the area was cordoned off to ensure the safety of visitors.

The representative added that the park also continues to work on the replacement of the guardrail system Park "are about 20 meters by replacing missing railings, and to do this we must give solution to the problem that arose with the landslide."

In this section, railings concrete, which replaced the old iron had already been lifted and came down, therefore, according to Machado, special work began. "Passing through the area had been restricted since November because we had already detected some cracks in the Roads, "he said.

Visitors were shown the Vereda amazed by the crash. " I am very concerned because now pass through this area in fear . How to know if you are not in the same situation ? " Carolina Duarte , a resident of El Milagro wondered .

At noon , representatives of the construction company that was working in space ripped recovery efforts of the affected section . "We are already removing the damaged to evaluate in depth the reasons for the collapse and re- build the Roads area," Machado said.
Source