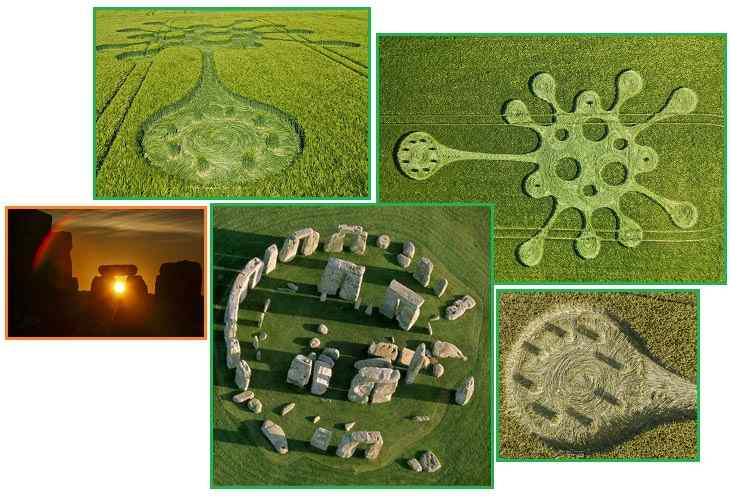 This legitimate crop circle design laid on May 28 is clearly pointing to the upcoming Summer Solstice on June 20. Benign aliens working on behalf of the Council of Worlds have in the past tilted the globe to negate the effect of the Daily Earth Wobble. This was to allow mankind a gradual awakening to the nearby presence of Nibiru. The time for such benign subterfuge is past, as Nibiru is so visible to so many in so many ways that it is virtually undeniable. This point was expected to be reached by January, 2021 with Heads of State warned that they should brace for demands from and panic in their people by that time.

This Wiltshire design is showing 8 stones in the Stonehenge depiction because the Daily Earth Wobble forms a Figure 8 during each day. The 8 blobs from the Solar Amoeba relate to this, saying that there are 8 possible positions of the Sun as seen from Earth on the Solstice, depending upon one’s location on Earth. The number 3, iterated in 3 different ways in the design, speaks to the number of entities involved in the dance – the Sun, Nibiru, and Earth, or in another dance the Earth, Venus, and the Dark Twin.