The New Madrid adjustment and European tsunami are already overdue, and are supposed to happen soon. What will happen with a vast number of nuclear power plants in the affected area? It seems like nobody cares about it, or at least there is no information or any news about measures planned or undertaken. 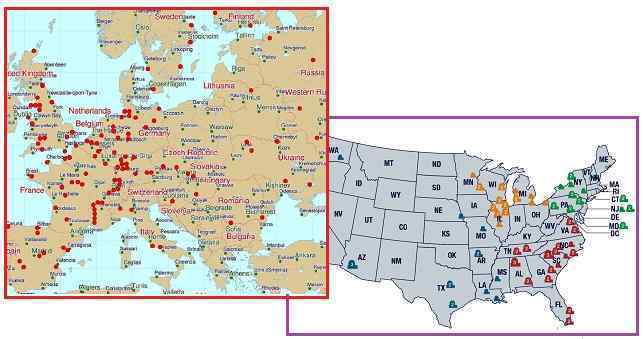 The extensive use of nuclear power in the US and Europe is a concern, based on our prediction for tsunamis against the East Coast of the US and especially against Europe. Our predictions are well respected by the establishment, who have followed the 7 of 10 Plate Movements from their start in Indonesia. We have repeatedly detailed that where benign aliens can and have intervened, that to maintain the Element of Doubt about the alien presence, this cannot be relied upon entirely.

If a dirty bomb is set to go off, this might be allowed, thus, as Fukushima was allowed. As with Chernobyl, this was considered a learning experience for many in power positions, and for mankind in general. Nevertheless, both these nuclear incidents were mitigated by benign aliens. The Earth is mankind’s school house, thus opportunities to take action to assist others is presented. Mankind is not warned about tornados or lightning strikes, or cured of cancer or infection. Mankind in particular is not rescued from their own bad decisions, which are considered a learning opportunity. But giving the Call to assist others is something all can do, and does make a difference.

We have suggested that concerned citizens stay in touch with the operators of these nuclear power plants, especially if it seems that a disaster is imminent. We have stated that the establishment might not shut down these power plants until the Last Weeks, but this does not address what will happen to the East Coast of the US and the majority of Europe when the big New Madrid rip occurs. It is likely that at the first sign of significant separation along the New Madrid that the populace will be alerted of a tsunami potential. How much time does it take for water to pour into a mid-Atlantic void and rebound to shorelines? Evacuation should be started when the New Madrid adjustment is in process.