Has Kim Jong-Un changed his way? Or is something else up? [and from another] http://www.bbc.com/news/world-asia-43939375 North Korea's nuclear test site will close in May. Scientists have said the site may have partially collapsed in September. The nuclear tests have taken place in a system of tunnels dug below Mount Mantap, near the Punggye-ri site. Six nuclear tests have been carried out there since 2006. After the last, in September 2017, a series of aftershocks hit the site, which seismologists believe collapsed part of the mountain's interior. [and from another] https://www.rt.com/op-ed/425320-north-south-korea-reunification/ It is fair to say also that the rapidity of the thaw currently underway on the Korean peninsula has taken the world by surprise. [and from another] https://www.soompi.com/2018/04/27/north-south-korean-leaders-agree-... South Korea’s president Moon Jae In and North Korea’s leader Kim Jong Un met for the first time in history in an inter-Korean summit, also marking the first time a North Korean leader has crossed the border in 65 years. the two leaders agreed to announce the official end of the Korean War this year (which was on an indefinite time-out since the armistice agreement in 1953), as well as denuclearize the Korean peninsula. 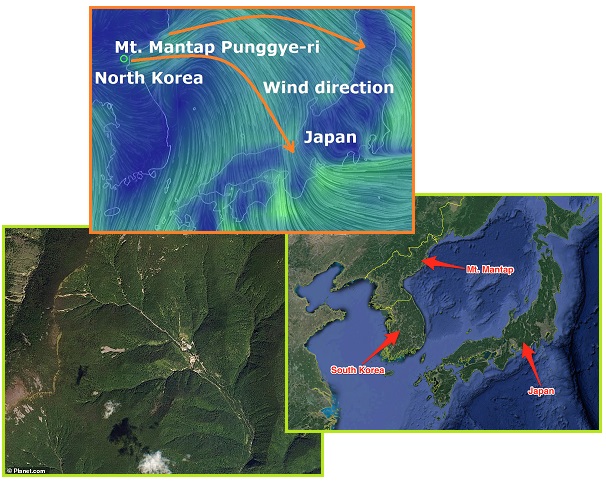 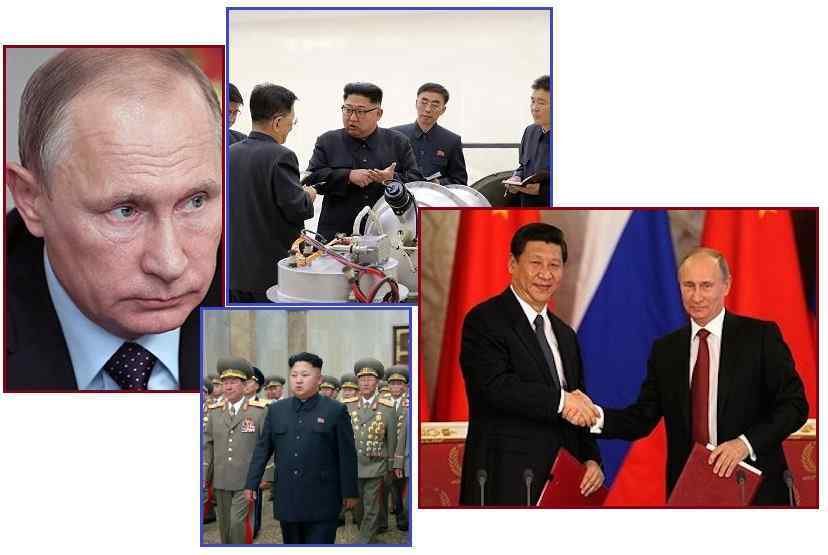 Within this past year we have described Kim as having a bully mindset – a lust for power, feeling unstoppable. Our list of expected next steps did not include a peaceful reunification of Korea, but rather included draconian steps such as an assassination of Kim or military invasion of N Korea by either the US or Russia or China. The alternative was an endless spitting contest, with Kim continuing to grind down the citizens of N Korea – a long reign by an intractable dictator. What happened to afford this dramatic change?

Around the time of the Winter Olympics, when Kim’s sister represented N Korea and discussions with S Korea’s Moon occurred, there was a change in Kim’s war like stance. It was known that Kim’s nuclear testing ground – Mantap Mountain – was already destabilized but this did not preclude Kim from testing his nukes elsewhere or drilling tunnels into other parts of the mountain. This was not the trigger changing Kim’s personality. Nor was it the increased sanctions or Trump’s stance, as dictators do not give up their power that easily.

Highly Service-to-Self souls, given to being dictators who seek complete control and who have complete distain for the safety and wellbeing of others, do not tolerate loss.  We have mentioned that Xi of China is not being given the credit he deserves for stepping into the N Korea mess. He went beyond sanctions and told Kim flat out that China would invade and remove him from power unless his antics and nuclear proliferation stopped. In a war with China, Kim would lose. Faced with the humiliation of a loss on so many fronts, the soul incarnated within Kim took flight, leaving an empty body. A walk-in occurred.

Walk-ins can achieve dramatic change, such as occurred en masse during the Arab Spring, was predicted by Ruth Montgomery to occur during one of the US Presidencies, and did occur within Obama for much of his career, the soul of Lincoln being resident. Walk-ins can be temporary if the original soul dithers and wants to come back, but in Kim’s case the Council of Worlds arranged for Kim’s soul to instantly start a new incarnation elsewhere, so he cannot return. The walk-in soul is very old and wise, carefully selected for such a momentous mission. The future bodes well.

There is a New Kim.  North Korean dictator Kim Jong Un reportedly cried during a recent tour of his communist country’s widespread poverty this week, signaling the leader may finally be ready to strike a deal that opens the Hermit Kingdom to the global economy.

In a stark departure from protocol, Kim publicly wept after viewing his country’s “terrible economy” during a recent trip to the coastal region; with experts saying the display of emotion shocked those familiar with his regime.

“In North Korea, Kim is essentially worshipped as a god-like figure with an impossible mythology surrounding his bloodline. Kim is meant to be all powerful, so footage showing him crying at his own inability to improve his country’s economics would be a shock,” writes Business Insider.

If true, the public emotion could signal Kim’s willingness to abandon his nuclear program should the United States guarantee his safety and allow North Korea to enter the global marketplace without sanctions.