Could the Zetas say something about this crop circle, it does remind me of the sweeping arms? http://www.cropcircleconnector.com/2015/oxdrove/oxdrove2015.html 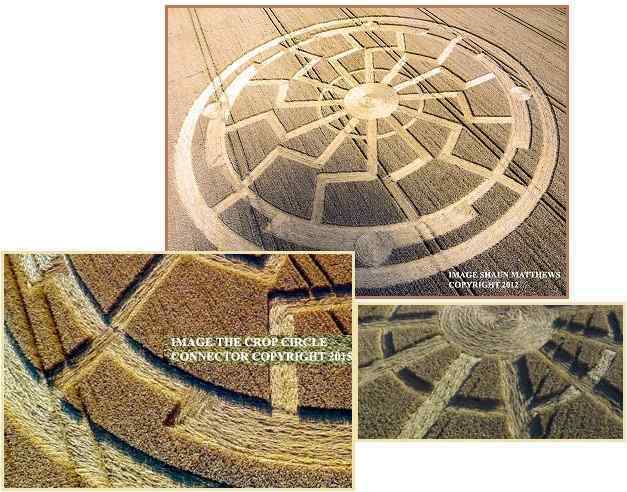 This is a legitimate circle design as close inspection of the laid grain at the corners and joints shows. What does the angular zip-zag of the arms imply? As Nibiru approaches, the Earth, caught in the cup, at first tries to pull as far to the left as possible. This places Nibiru more to the right in the view toward the Sun. But as the distance between Nibiru and Earth is closed, Nibiru coming closer, Nibiru begins to eclipse the Sun, standing in front of the Sun. Ultimately at the hour of the Pole Shift Nibiru does eclipse the Sun, but prior to that hour this is a gradual and partial process. The design on Oxdrove shows the disrupted influence of the Sun.