What can the Zetas say about a flood of articles popping on the Internet that claim Nibiru will now collide with Earth? More establishment disinfo? [and from another] Hypothetical 'Planet X': In Depth https://solarsystem.nasa.gov/planets/planetx/indepth  Caltech researchers have found evidence suggesting there may be a "Planet X" deep in the solar system. This hypothetical Neptune-sized planet orbits our sun in a highly elongated orbit far beyond Pluto. The object, which the researchers have nicknamed "Planet Nine," could have a mass about 10 times that of Earth and orbit about 20 times farther from the sun on average than Neptune. It may take between 10,000 and 20,000 Earth years to make one full orbit around the sun. Batygin and Brown nicknamed their predicted object "Planet Nine," but the actual naming rights of an object go to the person who actually discovers it. The name used during previous hunts for the long suspected giant, undiscovered object beyond Neptune is "Planet X."  [and from another] http://www.news.com.au/technology/science/space/planet-nibiru-will-... Originally Meade said the impact was due in October. Now it’s September. It will likely change again. The Moon involved is called a black moon. These occur about every 33 months. In the Bible, the divine name of Elohim appears 33 times in Genesis. 33 days after this eclipse on the 23rd of September (24th in Australia), a prophecy outlined in the New Testament book of Revelations will unfold. [and from another] http://www.telegraph.co.uk/news/0/will-2017-solar-eclipse-cause-sec... Conspiracy theorists around the world are claiming that a planet will collide with Earth this September - and that the coming solar eclipse will signal the apocalypse's beginning. David Meade, author of 'Planet X – The 2017 Arrival', asserts the planet Nibiru (also known as Planet X) will crash into our own on 23 September 2017. [and from another] https://www.aol.com/article/news/2017/08/08/total-solar-eclipse-apo... 33 days after the US' total solar eclipse - on the 23 September - the stars will align just as the book of Revelation says they will before the world ends. This, Meade points out, "is indeed an amazing omen and a frightful sign." Revelation's chapter 12 depicts a "great sign": that a "woman clothed with the sun, with the Moon under her feet and a crown of twelve stars on her head" will "give birth". On September 23, Meade says, the Moon will appear at the feet of the constellation Virgo (a virgin woman). At the head of Virgo there will be 12 stars, the nine stars of Leo and the planets Mercury, Venus and Mars. [and from another] http://www.express.co.uk/news/weird/838428/NASA-Planet-X-Nibiru-DES... The Nibiru Cataclysm myth dates back to 1976, when writer Zecharia Sitchin claimed that two ancient Middle Eastern cultures – the Babylonians and Sumerians – told of the giant Nibiru which orbited the Sun every 3,600 years. Self-proclaimed extraterrestrial psychic Nancy Lieder then warned Nibiru would crash into Earth or pass it causing huge earthquakes and tidal waves from the gravitation pull. Previous dates given that had come and gone in 2003 and 2012. [and from another] http://www.firstpost.com/tech/news-analysis/conspiracy-theories-are... Conspiracy theorists are claiming that the Earth will be destroyed in a cataclysmic collision with the mysterious planet Nibiru during the August solar eclipse. The solar eclipse will be the first total solar eclipse seen in North America in almost a century. 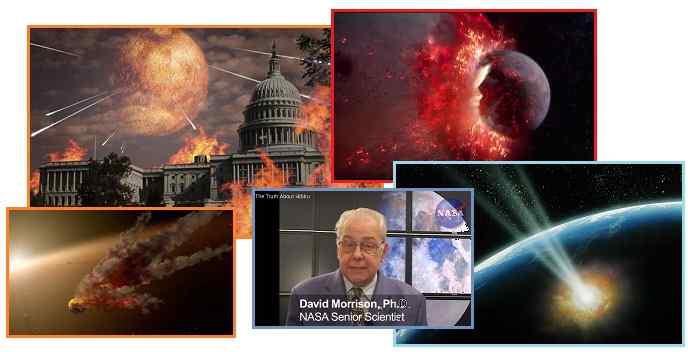 When David Meade’s book was given press coverage by many in the media last January, we stated that this was a push by the Nibiru cover-up to discredit the claims about Nibiru. They hoped that when Meade’s predictions failed, as they inevitably would, the public would stop listening to chatter about signs in the sky. Now his predicted date is back in the news, again at the prompting of those at the helm of the Nibiru cover-up. This shows the desperation of the cover-up, which is being assaulted on all sides by the many signs noticed by the public.

The Earth wobble has put the Sun out of place, and sunrise and sunset times off schedule. Dramatic Second Sun sightings are on the increase, and have no explanation from the establishment which tries to ignore them. Nibiru itself is in the news, as more and more amateur photographers discover that with a few simple filters, they can locate this passing planets as well as its vast tail filled with moons. Do those at the helm of the cover-up think all this will go away when Meade fails? Meade’s claims for his dates were ridiculously contorted, so that all that will fail is Meade and the fools who publicized his claims.

What in fact has happened is that the term Nibiru is in the media, prompting research by the curious who see the many signs around them. Something as obvious as the Earth wobble, which can be determined by the common man by merely checking the location of the Sun through the day, will not have passed on September 23. The flood of photos from those who see brilliant Moon Swirls or a Second Sun, and share their captures on social media, will not stop just because Meade’s contorted theories have not proven correct. The cover-up has, to their horror, actually increased interest in Nibiru’s passage.

Just kill us already, Planet X
Look, it’s Planet X, again. No, not the mythical dead star that’s supposed to appear in the sky in 2003 in 2012 on Sept. 23, 2017 last October in November on April 23 and herald the end of the world. We …
The Washington Post1h
No, Planet X is not going to destroy Earth this month, so please stop it
Nibiru is actually the "discovery" of Zecharia Sitchin who was something of a historian if you're the type to believe "Ancient Aliens" is accurate. But the idea of Nibiru as planet destroyer was put forth by Nancy Lieder in 1995.
Mashable16h
Planet X, Nibiru and doomsday prophecy is back: Will the world end April 23?
Aren't ready to pay your taxes on April 17? Have no fear - there's a doomsday prophet that says the world will be ending soon anyway. Christian conspiracy theorist David Meade is back with another …
What would happen if the apocalypse death planet Nibiru smashed into Earth?
A depiction of the mythical planet known as Nibiru, or Planet X, as it hurtles toward a cataclysmic rendezvous with Earth (Photo: Marc Ward/Stocktrek Images) There are a lot of very important issues …
Metro26m

Fox News: Either Planet X Will Kill Us All on April 23rd or the Rapture Can Happen Any Time, ...
Silly fringe theories about Planet X—an imagined planet typically named Nibiru that is on course to …
Gizmodo1d

Planet X and this April’s apocalypse: Great sci-fi potential
Today we’re going to discuss why the theory of a Planet X apocalypse is both ridiculous and an awesome idea for a sci-fi movie. The most recent call for the end of life on our planet comes from …
SlashGear14h

Is it the end of the world in April 2018? Planet X and other doomsday conspiracy theories explained
FOR as long as mankind has walked the earth, the human race has been predicting when and how the …
The Sun5h

Apocalypse Predicted on April 23: Will ‘Death Planet’ Nibiru Wipe Out Humans And Destroy Earth?
A rogue planet typically named Nibiru or Death Planet or Planet X would collide with the Earth on …
India.com3h

Death planet is coming to kill us, claims conspiracy theory
According to NASA, such planet doesn’t exist and the date of the Nibiru apocalypse has been wrong multiple times in the past. Nibiru (or Planet X) was widely predicted to hit our planet in December …
aaj.tv1h
Nibiru: Conspiracy Theorists Think Planet X Will Kill Us All Soon—here's Why They're Wrong
The apocalypse is upon us. Again. If conspiracy theorists are to be believed, a giant mysterious …
newsweek.com2m