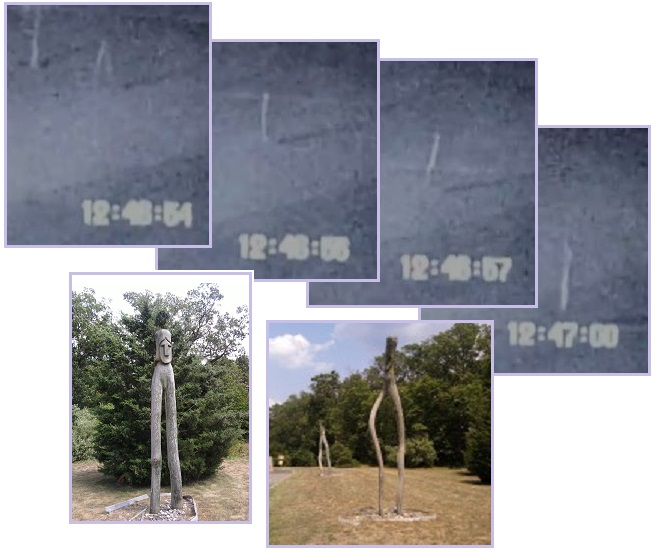 In the forest of California, there's a rooted legend that has gone for generations, beings that seem to have no arms, no body but they have a head and long legs, tend to walk through the forests at night. No one has been able to discredit them and the locals called them "Night Walkers / Crawlers". Would the zetas like to comment if these magical creatures are real? Aliens? Tree People? The protector of the forest/land? http://www.lonnypaul.com/nightcrawlers-original-surveillance-footag...   [and from another] November, 2007 in Fresno, California (near Yosemite).  http://www.lonnypaul.com/nightcrawlers-original-surveillance-footag...  The clip, below, depicts a very thin upright creature with some type of cape which covers them slowly walk across the back yard, in front of the security camera.  Watch it — several times — and see what you think it could be.  [and from another]March 28, 2011 in Yosemite, California.  http://www.youtube.com/watch?feature=player_embedded&v=x8WZfBUo2SA

We predicted at the start of the ZetaTalk saga that conscious sightings of aliens would occur, eventually leading to capture on video. This occurred in Nebraska in 2003, a father capturing a blinking alien peeking in the window when he was seeking to discover his daughter’s peeping Tom. Conscious contact has occurred elsewhere around the world also, such as during the Brazilian Roswell in 1996 and in Voronezh, Russia in 1989. The Skinny Bob video, provided by MJ12 recently, is another such valid video capture.

The aliens called NightWalkers have been known to the native of California, the American Indians, for generations. They had conscious contact with them before the rule restricting conscious contactwas imposed by the Council of Worlds. The NightWalkers are resident aliens in the Service-to-Other orientation, who prefer to remain in 3rd density for the many visitations they perform. They have allowed themselves to be captured on film, an undeniably alien form for Earth, to assist the Awakening. Their long legs facilitated travel on their native planet, which was awash in swamps.