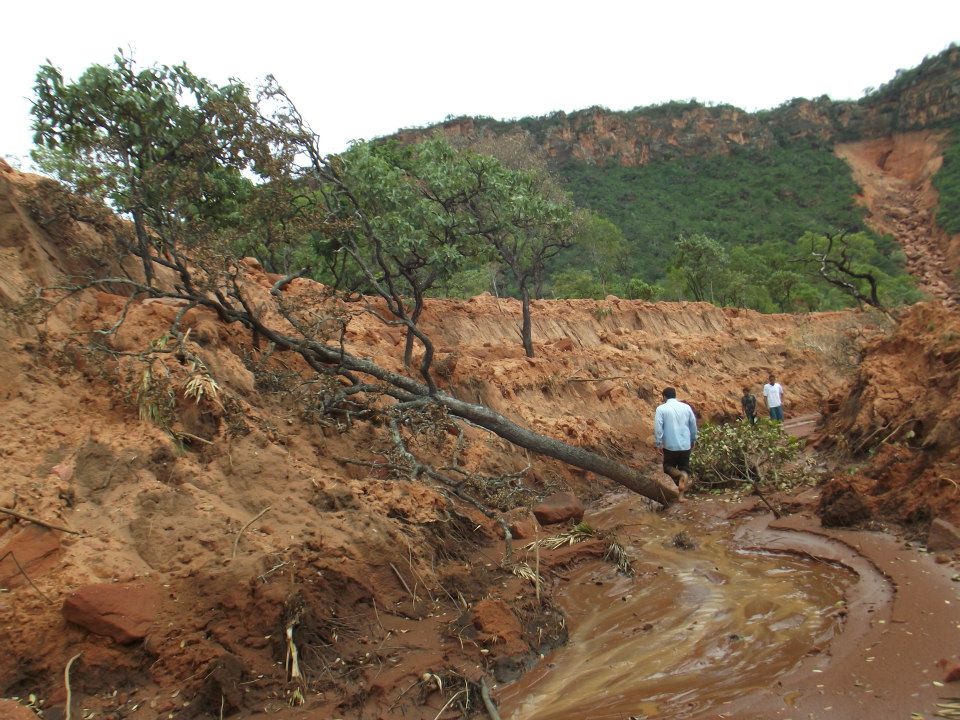 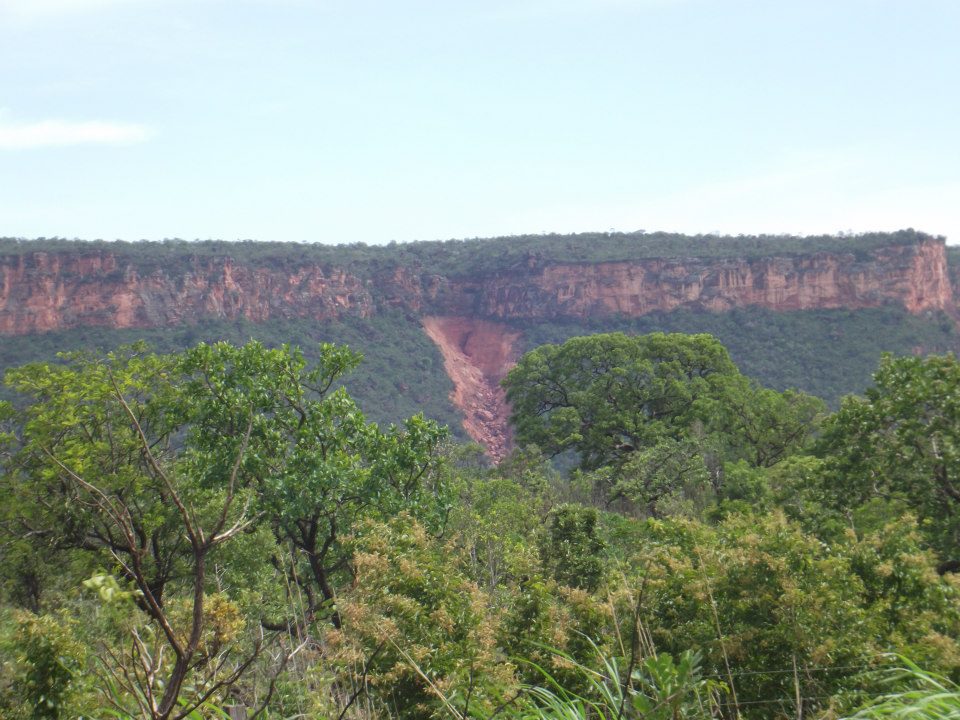 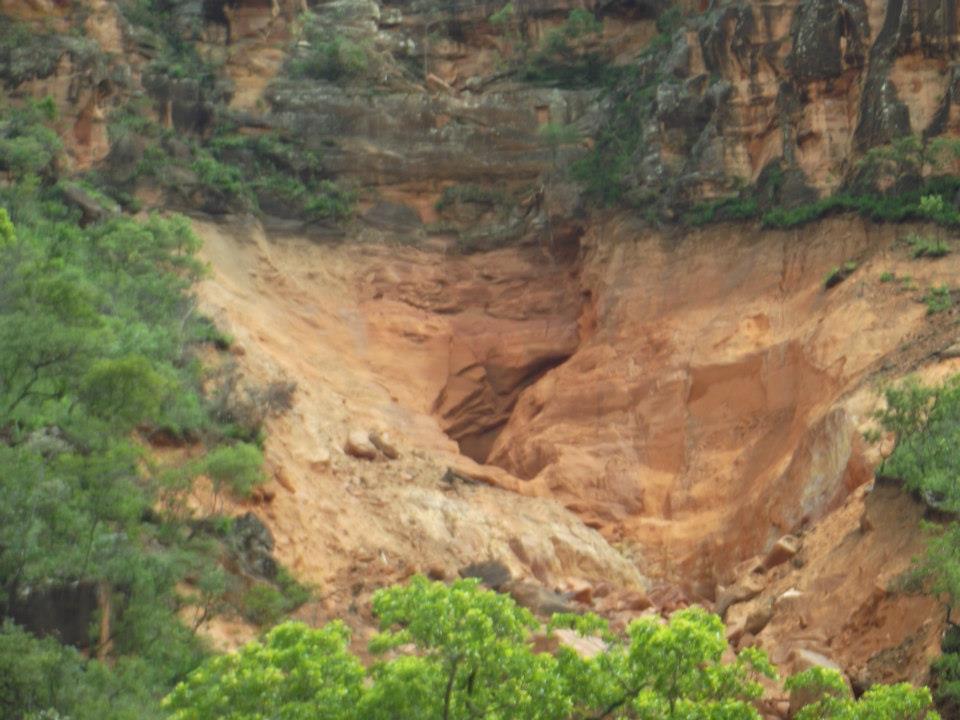 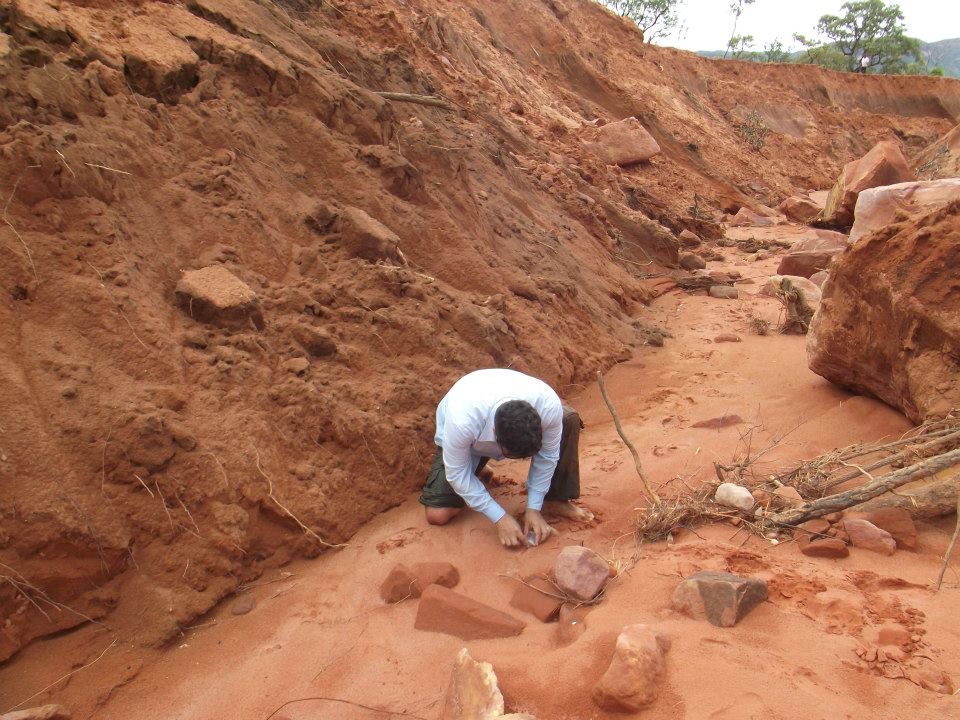 15.03.13. Prosecutor Douglas Roberto Ribeiro investigates the reasons for the disaster, which occurred in late February, on the border of the municipalities of São Domingos and Campos Belos, in the northeast of the Goiás State. Since yesterday (14/3) expert survey places of disasters caused by the collapse of the land. The prosecutor, inclusive, visited the disaster areas and collected samples of water and land, which could be contaminated by the chemicals and pesticides.

With the collapse the flow of mud, ground and stones opened a crater nearly 7 km long and nearly 200 meters wide, on east of the Mosquito river, one of the most important in the north-east of Goiás and south-east of Tocantins. A landslide has reached the River São Vicente, which flows through the Park Terra Ronca Estadual, the most extensive area of environmental protection in Goias, nearly 60 thousand hectares, threatening the population of fish and cave complex of São Vicente. 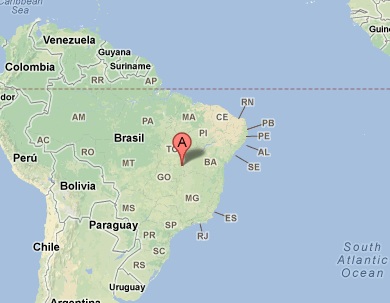