19.01.12. (Reuters) - Flooding in southeast Africa this week has killed at least five people, forced thousands to evacuate homes in Mozambique and led to an airlift of about 20 foreign tourists at South Africa's flagship Kruger National Park, officials said Thursday.

The damage was heaviest in Mozambique, which reported the deaths. Torrential rains swelled rivers, destroyed structures and caused more than 5,000 people to evacuate their homes in the southern provinces of Maputo, Gaza and Inhambane, weather officials said.

Forecasts indicate more storms could be heading to the region, threatening farms and coal mines in Mozambique.

Gates at Kruger have been closed to tourists after floods ripped up roads at the park that borders Mozambique.

The tourists evacuated from Kruger included Americans and Canadians. They were plucked by helicopter to safety after a washed-out bridge left them isolated in the massive park.

"There wasn't any other way to get out of the park," said Canadian Linda Freeman. SANDF searching for victims in the Hoedspruit area from a Oryx helicopter after flooding in the area. 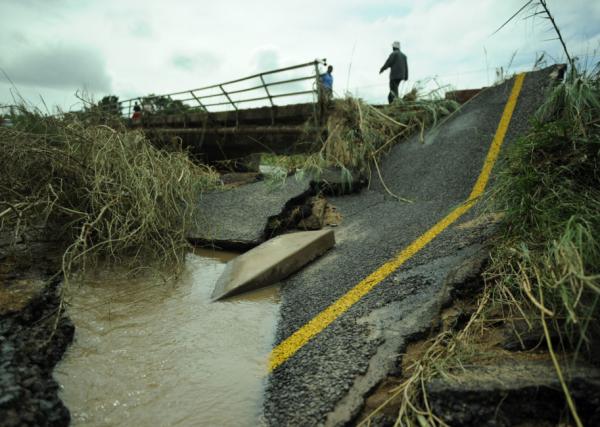 Heavy flood water washed away part of the Sandspruit River in Zandspruit just 5KM west of Hoedspruit. The area has recieved heavy rains over the past few days. 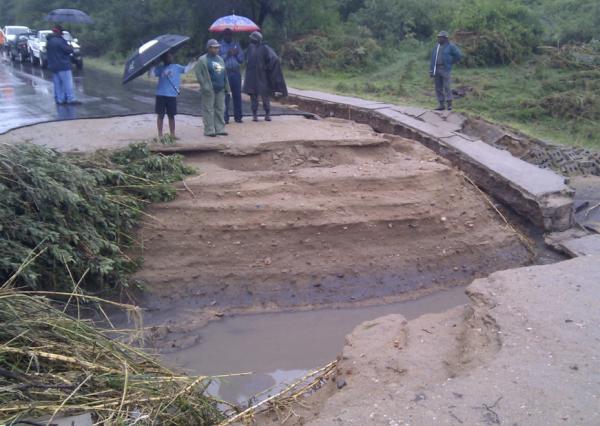 The Nwaswitshaka High Water Bridge which leads to Skukuza Camp at Kruger Park has been washed away. With the low water bridge being flooded, access to the camp is blocked.

18.01.12. Snow fell Tuesday in the Sahara Desert in western Algeria. A 24-hour cold spell brought snow and rain to the region. Strong wind blew the snow across roads and buildings in the province of Bechar. Meteorologists predicted a return of good weather Wednesday. People who live in the region said the snow was good for the palm trees because it killed parasites. Bechar is located in the northern Sahara, about 36 miles south of the Moroccan border.

“On February 18, 1979, snow fell in several places in southern Algeria, including a half-hour snowstorm that stopped traffic in Ghardaïa, and was reported as being “for the first time in living memory”. The snow was gone within hours. Several Saharan mountain ranges, however, receive snow on a more regular basis. Although relative humidity is low in the arid environment, the absolute humidity is sufficiently high for moisture to condense when driven up a mountain range. In winter, temperatures drop low enough on the Tahat summit to cause snow on average every three years; the Tibesti Mountains receive snow on peaks over 2,500 meters (8,200 ft) once every 7 years.” 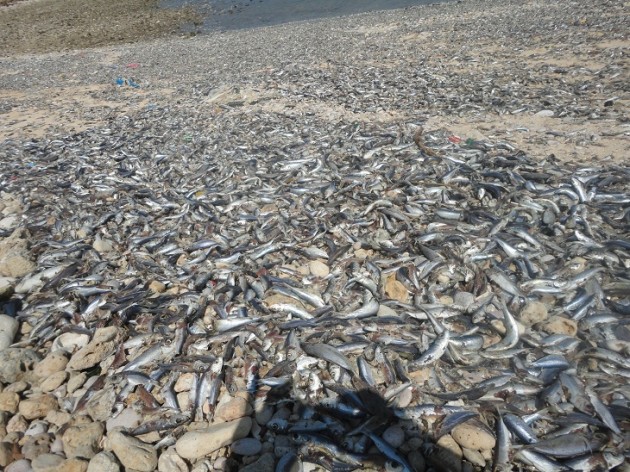 Abdiwahid Mohamed Jo'ar Director General of the Ministry of Fishery in Puntland who spoke to media stated that the dead fish that washed up on Bossaso's shore is a result of toxic dumping in Somali waters.

Mr. Jo'ar who has been very outspoken against the toxic dumping in Somali waters told reporters that authorities are investigating this matter.

Reports about piracy suggest that toxic dumping along with illegal trawling in Somali waters has led many fisherman to join piracy due to a lack of work on the coast of Somalia.

Ahmedou Ould-Abdallah a Mauritanian diplomat and former UN special envoy to Somalia told AFP in July 2008 that illegal fishing and waste dumping in Somali waters is a disaster for the Somalia environment.

He added, "I am convinced there is dumping of solid waste, chemicals and probably nuclear waste."

Somalia has the longest coast in Africa and has huge number of commercial fish species. 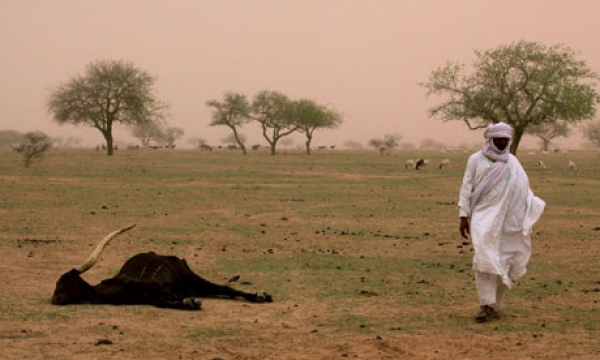 19.01.12. More than five million people are going hungry in Niger, the impoverished west African country's premier said Wednesday. A survey in December showed that "34.9 percent of Niger households, or over 5.456 million people, are in a situation of food and nutritional insecurity," Brigi Rafini told national radio. Among them "1.324 million people are affected by severe food insecurity," said the prime minister.

"We must act right now," stressed Rafini during a visit to Tillaberi, a western Niger region that has been hard hit by the food crisis. Niger is short of 519,639 tonnes of cereals -- or 14 percent of what it needs to feed 15 million people in 2012, said the agriculture ministry. Poor harvests, drought and cricket attacks have been blamed.

European humanitarian aid commissioner Kristalina Georgieva, who is visiting Niger, warned of the situation plaguing the country and the Sahel region. Some 1.7 million children are in a "vulnerable situation," she said. Launching an appeal for international aid, Georgieva said the EU "has more than doubled its aid for the Sahel," contributing 105 million euros to help the region fight the food crisis. 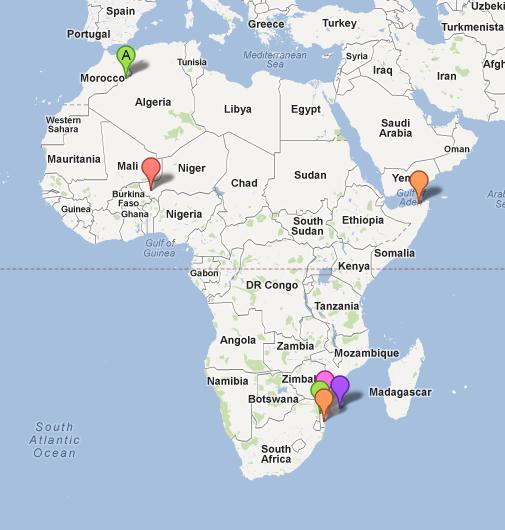