Two earthquakes rocked Croatia yesterday. Magnitude 5+, so probably 7+ in reality. The monoliths are withholding the New Madrid adjustment, but is the Africa roll about to get serious? 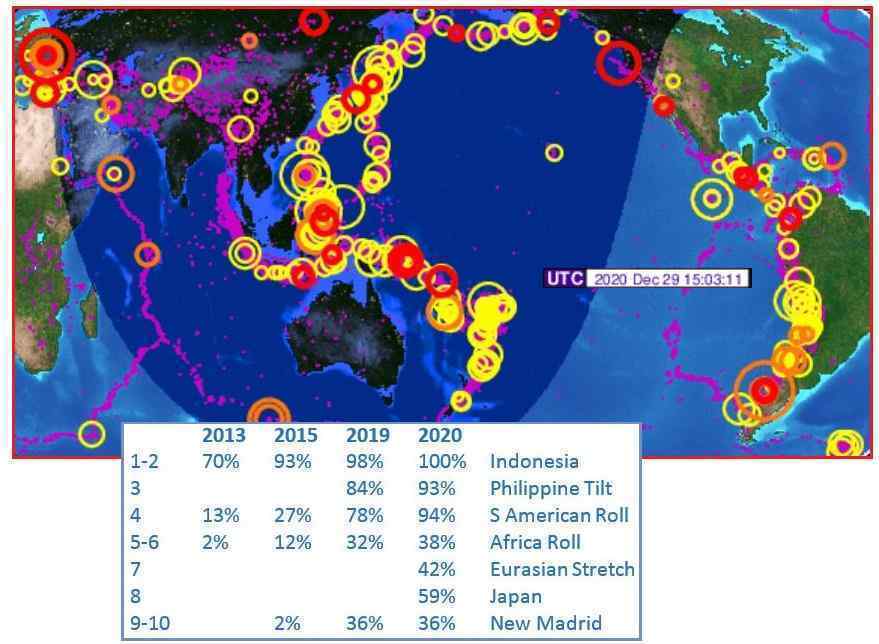 We last gave percentages of completion for the 7 of 10 Plate Movements in late 2019, and while many have virtually completed, it is clear that the New Madrid rupture is being held back. The N American Continent is almost devoid of quakes. This is being done deliberately by the Council of Worlds who see a frantic End Times battle between the Satanists trying to install the Biden camp in the White House and the White Hat forces for good at war with the Satanists. What are the percentages of completion at the present time?

Though India will continue to sink while the eastern edge of the Indo-Australian Plate lifts, this step is no longer holding back the other plate movements and thus has completed. The tilting of the Philippine Plate has likewise essentially completed at 93%. Pressure on Japan reflects the compressing Pacific, which is taking the brunt of the resistance in N America, and thus is suffering the great quakes we predicted for Japan prior to the New Madrid adjustment. Japan, which is never free from the quakes it must suffer, is at 59%.

The S American Roll and the shifting of the Caribbean Plate have progressed in the past months to 94% completion. But to protect the N American Continent from its pending New Madrid rip, the African Roll is being retarded at 38%. Thus the Eurasian Plate stretch tension must take the brunt of the compressing Pacific, with quakes from Europe through to China pulling this continent apart. Until the African Roll completes, the Eurasian Plate stretch cannot complete and stands at 42%. The New Madrid is frozen at 36%.

S. 3418, the “Safeguarding Tomorrow through Ongoing Risk Mitigation Act” or the “STORM Act,” which authorizes the Federal Emergency Management Agency to provide capitalization grants to States to establish revolving funds to provide hazard mitigation assistance to reduce risks from disasters and natural hazards. 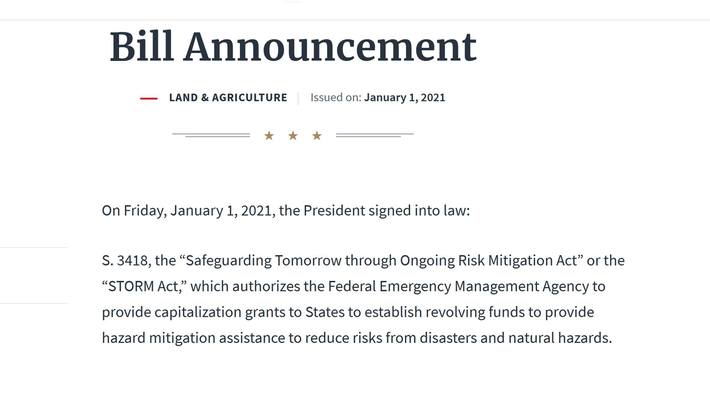 Wow, thanks Gerard, i was just thinking it is about time for the Africa shift as it has been relatively quiet for almost a year.