( Many may think that crack in the earth in small quantities in Vietnam! Half of the cracks in the ground is not taken in the form of a photo but recorded in the article. )

/ The cracks about 20cm wide, even up to 35 cm segments, forming deep pit. It is noteworthy that the cracks appeared just above the landslide area. While in Lost & Found area neighbors 2, 3 of Lost & Found Recovery Linh commune, Dai Tu district (Thai Nguyen) is still a lot of families are living next to the junk yard, just a 5-7m but has not been relocated. Source /

/ Strange cracks threatening 16 homes in Lam Dong. Day 4-5, Lam Dong DNRE Di Linh district People's Committee to coordinate on-site inspections of about 15 hectares in area - where the earth cracks occur. Status of land subsidence has caused damage along a permanent 15 temporary home of 16 households in the area under the Nguyen Van Troi Street 5, Quarter 1, the town of Di Linh. Source /

/ According to our observations, seriously degraded the road, long sink marks, cracks nearly 10cm wide, tens of meters long, raised a "wave" on the road and is showing signs of continued subsidence serious. Source /

/ Despite state landslide, subsidence took place nearly half a year, but several sections of the Ho Chi Minh City. Source /

/ The most serious phenomenon earth cracks in Quarter 1, town of Di Linh, Di Linh district with cracked soil and areas affected area up to tens of hectares, there are 4-5m deep fissure, width 10 -25cm. Source /

/ Many households in the 33A and 33B, the fifth ward Khanh Ha (Ha Long city) reflects on the cracks, subsidence. Source /

/ The earth cracks in the town of Di Linh could recur in the coming days. Source /

/ Appeared large crevices in the ground of the company discharged massive rural XD-171 PT constant eye on the mountain - a mountain near the 500m where more than 30 households living. Source / 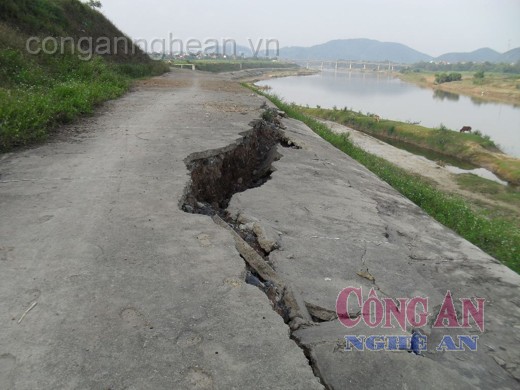 / Afternoon 24/3, Doan Ngoc Nam - Chairman Phuoc Cat 2 (H. Cat Tien), said the relevant authorities are investigating the cause of the subsidence and cause landslides in areas to Dong Nai River and plans for dealing with troubleshooting. Source /

/ For many months now, for Tan Tan Ba Ba village, Thuy Bang (Huong Thuy district, Thua Thien-Hue) was damaged and seriously degraded. Specifically, the two sides of the bridge is the phenomenon of subsidence, a bridge has been fragmented, broken chunks of concrete form "trap" and can fall at any time. Source / 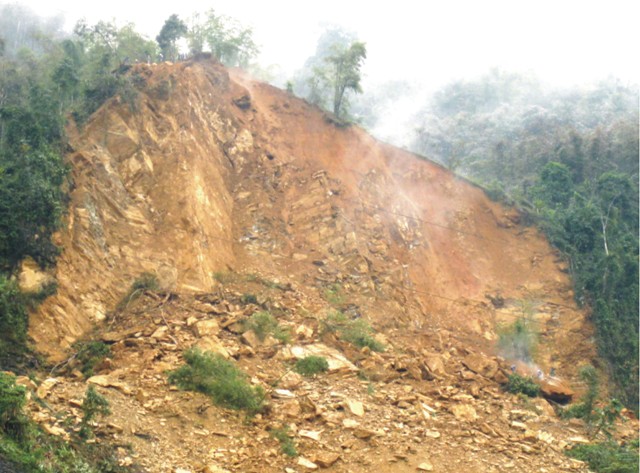