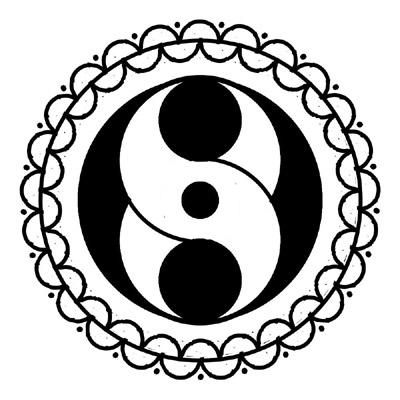 Why are the Zetas or other entities allowed to give us very specific date related warnings relative to some violent event on July 20, 2010 (as they have apparently done in multiple ZT chats as recently as this week in fact), when previously ALL mention of specific dates has been forbidden? The PTB seem to think that there is a strong possibility that this poll shift will be less severe than previous shifts, as they are planning for that possibility. The Zetas have stated that this one will be the most severe in 50,000 years. Are TPTB just hopeful that their world as they know it with them on top will survive? Are they wary regarding another "white lie" type misdirection? If they knew with certainly that this shift will be as severe as the Zetas suggest it seems to me that there current actions and stance towards disclosure would be significantly different.

We are not allowed to give you the specific dates, time, and location of a coming earthquake or stretch zone accident. This is obvious because aliens cannot warn you that a tornado will be spawned, a hurricane strike, or an earthquake occur today. These are the rules of non-interference with the free will of man, who is to have opportunities to rise to the occasion and help others. So what did it mean when we stated, in reference to the June 20, 2008 Furze Knoll crop circle, "make of this what you will" when 25 scallops appeared around the circle? We are allowed to hint that something will happen, and something will happen around the time of July 20, 2010. Just what date, what place, and what it is that will happen we are not allowed to say.

Indeed, those in the establishment - those considered world powers because of their political power, military might, or great wealth - have been telling heads of state in lesser countries around the world that the passage will not result in more than a few earthquakes and high tides. Do they themselves believe this? Likely not, as history such as the time of the Flood and even recently during the time of the Jewish Exodus shows greater devastation. However, they wish to keep their options open, so maintaining the status quo, where they are on top of the pile in today's society, is one option they want kept open. Thus, they are trying to maintain the no-change option, keeping the public entirely dumb. Their second option, as is well known, is to have secure and well stocked enclaves where they can retreat, emerging later as kings in the various regions where they plan to retreat. A third option is to inform the public and allow or even assist strong survival communities to setup. But this runs counter to their first option so does not get out of the planning stage.

This is interesting as this coincides with a lot of the evidence brought up by Velikovsky in his books:

Velikovsky also believes that the Exodus  (and subsequent dark ages) took place around 1600-900BC if I am not mistaken (sorry if incorrect, but I don't have the book readily handy) and so this would be a great supporting argument to back the claim by David Rohl!

I will try and research more later (at work) but if anyone has anything else to add that would be great!

Wael Baseem is going to post some date computation research on a missing 300 year period. I have also located past ZetaTalk on this 300 years, which applies. Happy computing as this is all certainly a puzzle and the Zetas are not going to give us the exact date!

Dr. Herbert Illig made scientific investigations and presented proofs that 300 years were added into our history by King Constantin in the past, creating history on paper for the years AD 614 - AD 911.

In the past, following the last pole shift, record keeping stopped and did not re-institute for centuries. In some areas, there was record keeping by some means that or another, such as counting the days that passed, the number of seasons that passed, and eventually these records came to the attention of those with time to muse on these issues. Where one civilization failed to record during this or that period, another perhaps stepped into the void and kept reasonable records. Thus, putting all this together, it became clear that some centuries were missing here or there, and to keep all in sync, these missing centuries should be inserted. In fact, they did not insert enough time, but were trying to be conservative. Thus, there is utter confusion, in human record keeping, on the timing of the last pole shift, which is seen as occurring too close to the birth of Christ to fit the 3,600 model.