The coldest ever December has rolled through Russia causing the evacuation of hundreds of people in Siberia, where temperature hit below -50C, and plunging Moscow into its coldest night in the season. Will Christmas lift the frosty spell?

­The cold weather that has Russia in its icy embrace has been causing all kinds of havoc. Flights and buses delayed and cancelled, many schools have been closed, and there have been power outages just when power is most needed.

In the town of Kyshtym, the Urals, 14,000 people are still waiting for the central heating to be restored. On Sunday a break in the central pipe left residents anxiously watching the red line on their home thermometers plunging as temperatures outside slid to -24C (-11F).

Just over the Urals, a state of emergency has been declared and over 2,800 people were evacuated from the village of Khovu-Aksy, the Republic of Tyva, temperatures there a lethal -38C (-36F). A helicopter was sent to pick up kids and women. Two days into the emergency, authorities are frantically repairing central heating pipes while most of the evacuees are staying with their relatives.

A pot of boiling water thrown from a balcony instantly turns into frozen droplets in Siberia's minus 41C weather.

A Novosibirsk resident demonstrated the depths of the cold in his city by pouring a pot of boiling water into the air from one of the top floors of his apartment building, and watched it instantly turn into a cloud of frozen droplets.

The unidentified man showed a temperature reading of minus 41 degrees Celsius on his mobile phone before launching the water out the window.

The footage has emerged as severe frost affects large parts of Russia. In the far eastern regions of the country temperatures have fallen to minus 50 degrees Celsius, with minus 20 degrees Celsius recorded in central parts.

Meteorologists say that for some regions such low temperatures have not been recorded for more than half a century.

As temperatures plummet to -50 Celsius in some parts of Russia, thousands have been evacuated from their homes in the country’s Far East and Siberia. More than 120 people have died from the severe cold -- at least seven in the last 24 hours.

Meteorologists say the country is experiencing one of its coldest winters in decades.
In the Far East region of Magadan, 300 kilometers of roads remain blocked by heavy snow. Plows and machines can not reach those roads to clear them. In some places, snow is as much as five meters deep.

Irina Bryarkina lives in the Tyva region of Siberia where temperatures have been -40 C for several days. It is so cold that many heating pipes have frozen and thousands of people have been evacuated from their homes.

Bryarkina says the situation is not good. She says they’ve got nothing. It’s good that there’s lots of snow, she says, so that they can gather it and melt it for water. She goes on to say that temperatures insude her flat are below freezing too.

Emergency services in the area have evacuated many residents to local schools and hospitals. 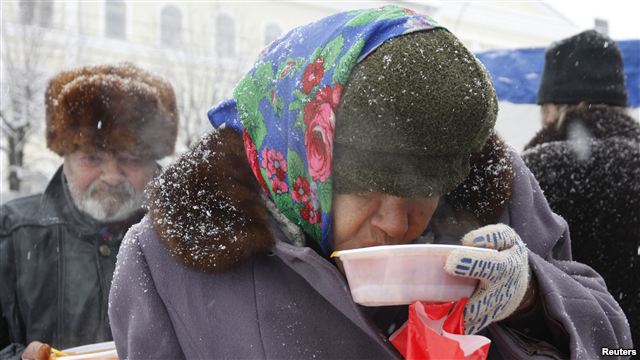 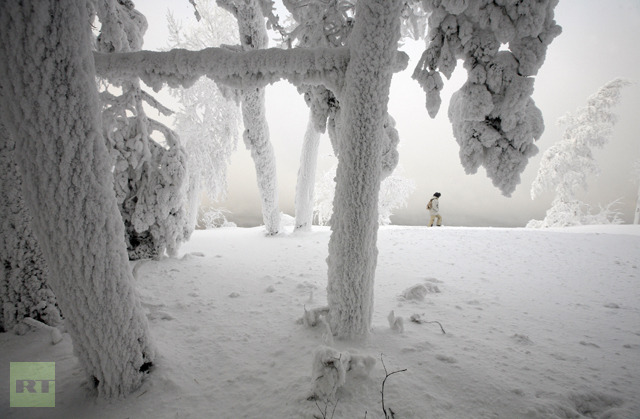 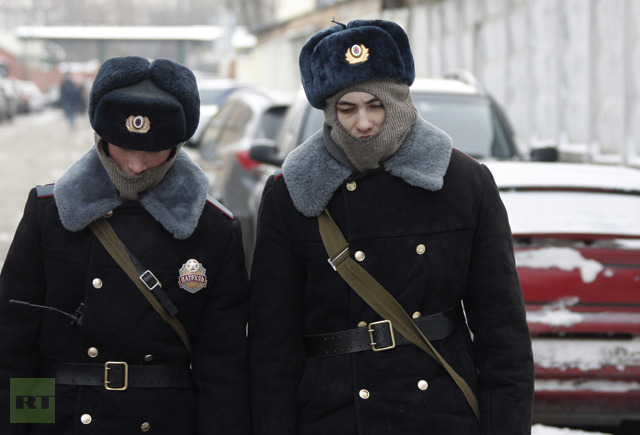