"Sunday morning (March 26) the beach in Los Frailes disappeared --- lost forever were 200 meters of beachfront by 100 meters deep. The red line is where the beach was the day before. The angler that emailed the photo in said the beach disappeared very quickly and is now a steep bank that appears to still be slowly eroding."

The municipal delegate of La Ribera (municipal seat of the area), William Sández Puppo said that such a phenomenon had never happened in the area. Reports that 20 years ago something similar happened, but never of the magnitude as that seen now.

With the arrival of the Easter holidays, and under many families, often camping on the beach in Cabo Pulmo Los Frailes for Wednesday, Thursday and Friday of Holy Days, the delegate warns vacationers prepare to arrive at the area, if they do not camp out near the beach area, then disappeared millions of tons of sand and it is unknown what had happened.

The inhabitants of the region are atonic, although it is believed that the phenomenon was caused by a fault.

Right now (10:30 PM) authorities of the place led by the municipal delegate, William Sández Puppo, they head to the area to personally aware of this phenomenon is not known if it is associated with seismic activity reported yesterday that there the prestigious newspaper Tribuna de los Cabos.

the municipal delegate,  William Sández Puppo say is that it seems that this is a natural, "

He mentioned that since the beginning of the week there were indications that the sea was moving substantially in place, but what happened last night is unprecedented, as reported to have disappeared a large stretch of beach. And they are not artificially reclaimed land.

I saw it this morning  on Mexican TV NEWS. 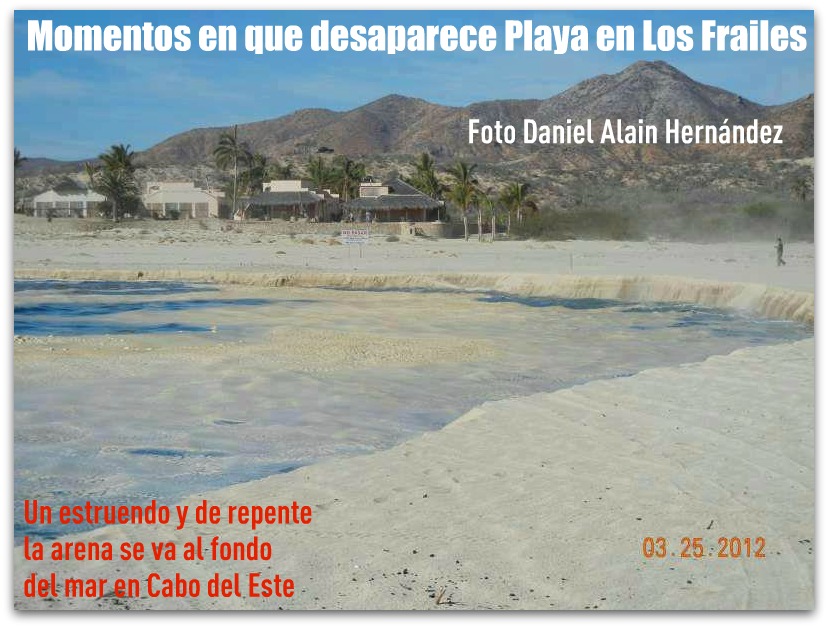 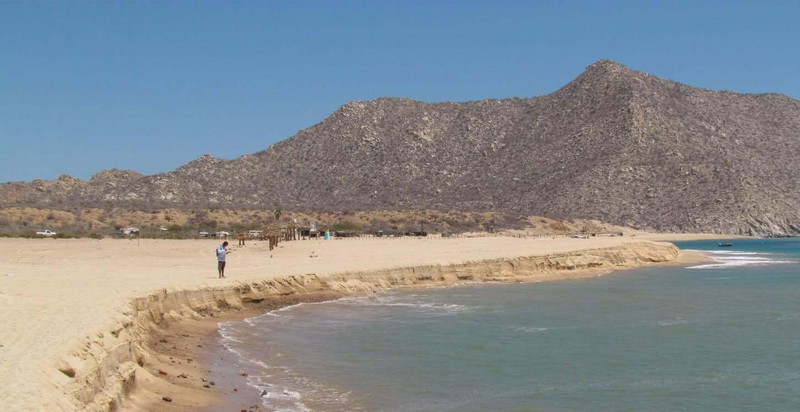 Wow! that is significant erosion, thanks Jorge!