A real detective story happened in Russia. Could the Zetas clarify the situation? Very similar to the situation in February. [and from another] https://www.nytimes.com/2017/11/21/world/europe/russia-nuclear-clou... Ruthenium 106, which does not occur naturally and has a half-life of about a year, is used for medical purposes. During the Cold War, Mayak was part of a string of closed military areas whose existence and function were supposed to be kept secret. The accident in 1957, which released radioactive waste, was kept under wraps for decades. [and from another] https://www.rferl.org/a/report-russia-confirms-radioactivty-rutheni... The conflicting statements from Rosgidromet on November 21 came weeks after reports of a radioactive cloud drifting westward from Russia first appeared in Europe, a delay that government critics said was reminiscent of the Soviet government's initial silence about the Chernobyl nuclear-power-plant disaster in 1986. [and from another] http://www.cbc.ca/news/technology/ruthenium-106-isotope-1.4412207 The Russian Meteorological Service finally confirmed that it had recorded the release of "extremely high contamination" of the radioactive isotope Ruthenium-106 in the southern Urals region in late September. That was after radiation monitoring programs in Europe had earlier detected low levels of the isotope in air as far away as Germany and France. Russian's state weather service Roshydromet reported recently that levels of ruthenium-106 from the Agrayash weather station in the southern Ural mountains was 986 times those of the previous month. [and from another] http://www.cbc.ca/news/technology/ruthenium-106-isotope-1.4412207 Ruthenium-106 is produced from the fission or splitting of uranium-235, the type of uranium used in nuclear fission reactors, so it's found in spent nuclear fuel. It's also used in medicine for cancer radiation therapy, especially for eye and skin tumours, so it may be produced for that purpose. And it's used in radioisotope thermoelectric generators that power satellites. [and from another] https://www.theguardian.com/world/2017/nov/21/russian-radiation-lea... Nuclear scientists say that if the radiation had come from a bomb, or an incident at a nuclear reactor, they would expect unusually high levels of a range of different radio-isotopes. However, since only a peak in Ru-106 was spotted, this points to a fuel reprocessing plant or medical facility as the most likely source.  The highest concentration of Ru-106 was registered in Argayash, a village in the Chelyabinsk region in the southern Urals. This is close to the Mayak nuclear facility, a reprocessing site for spent nuclear fuel. [and from another] https://en.wikipedia.org/wiki/Isotopes_of_ruthenium Naturally occurring ruthenium (44Ru) is composed of seven stable isotopes. Additionally, 27 radioactive isotopes have been discovered. Of these radioisotopes, the most stable are 106Ru, with a half-life of 373.59 days. 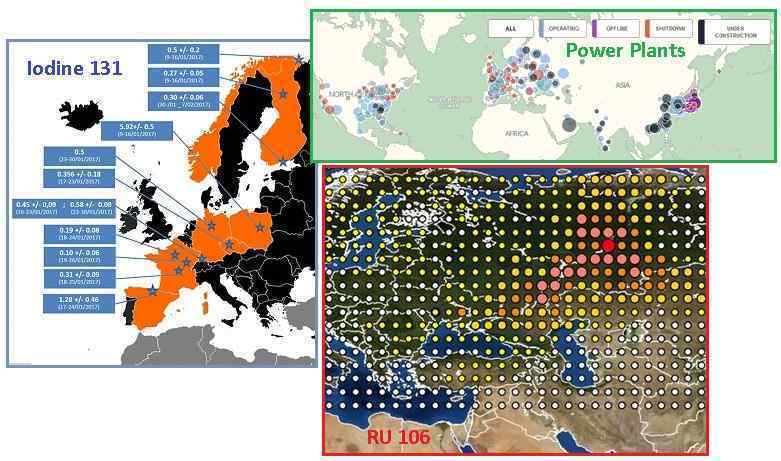 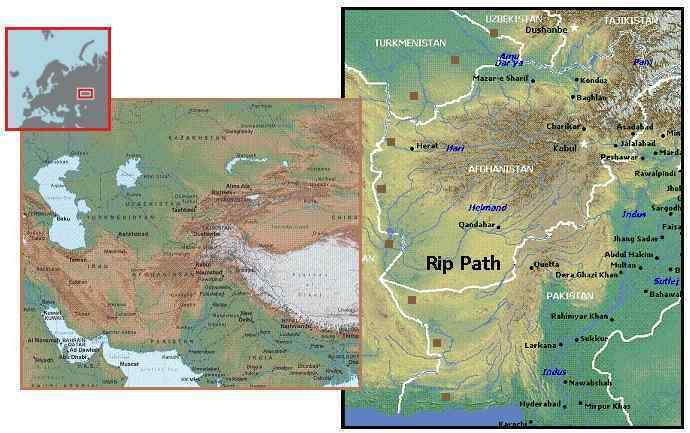 Clearly the leak of Ruthenium 106 came from nuclear waste facilities and clearly this was from the Agrayash region in the Southern Ural Mountains. Just as the culprit during the Iodine 131 release that flooded Europe in February, 2017 was never admitted by any facility, there is reluctance by Russia to admit fault during the harmless release of Ruthenium 106. The European leak was from active power plants, which affect profits of the elite if forced to shut down, where the Russian leak is from waste facilities which are a taxpayer drain, not a profit making enterprise. Thus, fault is being admitted.

There is more than the stretch of the Eurasian Plate responsible for this most recent leak. The stretch has started the process of tearing open a new bay from just west of Karachi up to the Southern Urals. Precisely where the containment failure occurred. This stretch and rip is essentially silent, though the release of methane and resulting brilliant explosion in the Urals astonished commuters in the dark early morning hours. Nuclear facilities, in all stages, are built primarily of concrete, and regardless of how reinforced this will crack and allow leaks. More disasters await, primarily in Europe and in the US.