This story is developing very fast. So where is this leading to and what of this is the truth? Who is trying to bring this Website down with a DoS Attack? No one would try, if it is a hoax or am I wrong?
[and from another]
Prepare for the earth changes likely (possible earth wobble or other)?
[and from another]
https://www.superstation95.com/index.php/world/2166
Nuclear Attack Pending? Russia Putting 40 Million Citizens into 5,000 Shelters from October 4 - 7 as Military "Exercise". US Cuts Ties with Russia over Syria. This possibility is interesting when we consider that just days ago, for the first time in US history, there was a national test of the Emergency Alert System, with the specific goal of testing whether or not the President of the United States could address the American people directly  within ten minutes of a "national emergency."  An inbound nuclear attack would certainly qualify as a national emergency, wouldn't it? Legislative elections were held in Russia on 18 September 2016.  The first formal session of the new legislature was scheduled for October 17.  Russia has now accelerated the date to October 5, and all the members of the legislature will meet in a bomb shelter as part of the upcoming"exercise" outlined above.
[and from another]
https://www.superstation95.com/index.php/world/2176
(NOTE: This site - and this article in particular - are under Denial of Service Attack -- we are working to mitigate it and keep the site online.) URGENT: Military Told Prepare for Tactical Nuclear Exchange with Russia in Syria! Stateside Military told to Prepare for Intercontinental one-for-one Nuke exchange!!!!
[and from another]
http://metro.co.uk/2016/10/04/russia-tells-citizens-nuclear-war-wit...
Russia tells citizens ‘nuclear war with the West could happen soon.
[and from another]
http://www.infowars.com/u-s-army-chief-threatens-war-with-russia/
US Army Chief Threatens War with Russia. "We will beat you harder than you have ever been beaten before".
[and from another]
http://tvzvezda.ru/news/vstrane_i_mire/content/201609290826-ztv1.htm
On the "punishment" for the rebellious Russian spoken and have said US Secretary of Defense Ashton Carter. These are, in his opinion, should be to build plans for the modernization of nuclear weapons. This means of mass destruction, the head of the Pentagon, it is necessary to contain the "threat from Russia and other countries." Because of this, Carter believes the potential "aggressors" get rid of the thought that they could escape punishment in the case of a nuclear attack.
[and from another]
https://ria.ru/world/20160929/1478157368.html
It's not just going wild in their Russophobia, which, unfortunately, in recent years has become the norm for public statements by the outgoing administration's major concern is the mention of a willingness to use its nuclear capability in the event of an armed conflict with the Russian participation. 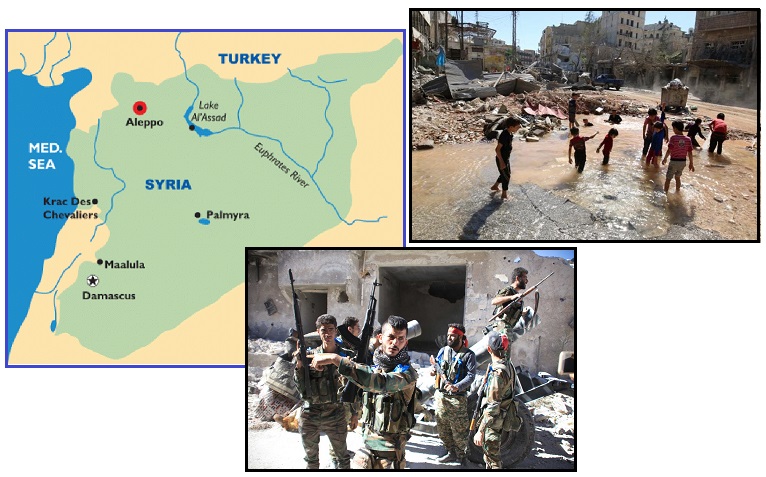 SOZT
Are Russia and the US about to go to war, using their nuclear arsenal? Hardly. Watching the approach of Nibiru and noting the worsening wobble, Russia and the US know they are running out of time. The US, under Bush, invaded the Middle East in an oil grab. The 911 holocaust was an inside job to provide an excuse. Disasters in the Middle East followed, but in Bush’s footsteps Obama could not cancel US treaties with Israel, Saudi Arabia, and Turkey. All three were complicit in establishing and maintaining ISIS.

Israel wanted Assad deposed, as he supported the Palestinian efforts. The US then funded the Syrian rebels, who then merged with ISIS so ISIS now had US armaments. The Saudi’s are of the Sunni sect, as is ISIS. Turkey, though a NATO member and providing a base to be used by the US, was brokering oil for ISIS, funding them in this way. Meanwhile, ISIS was pouring into Europe with terrorism, with Merkel’s plans
http://www.zetatalk.com/ning/01oc2016.htm
to use them as a militia in the future and Erdogan’s plans
http://www.zetatalk.com/ning/09ap2016.htm
to expand Turkey into a new Ottoman Empire. The Kurds, the most effective fighters against ISIS on the ground, were also being attacked by Erdogan as he fears they will break away from Turkey control.

Russia came to the rescue in Syria, stopping Erodgan’s ability to broker ISIS oil, and turning the tide so that city after city was taken from ISIS. The Russian coalition included Iran (who is Shia), the Kurds, US bombers, Iraqi forces trained by the US, and Assad in Syria. Many in the US had promised Israel that Assad would be deposed, and frothed at the mouth when their plans had to pause. This reached a fever pitch in the battle for Aleppo, where former Syrian rebels were ensconced with ISIS. To end ISIS, Russia was taking the city. Period.

Sabre rattling ensued, with those in the US such as Soros and the Bush/Clinton crime family leading the charge. Dunford is in charge, but they are assuming the mantle. Thus claims that the US could engage Russia, and use nukes. How does one push back during this war of words? Putin chose to counter these threats by clever maneuver. While he is bombing Aleppo, his country is prepared to survive a nuclear attack. Let the US beware unless they too are moving their key people into bunkers. Putin called their bluff.
EOZT

Prior ZT: http://www.zetatalk.com/ning/09ap2016.htm
What does the sudden evacuation of US military dependents from Turkey mean? The US is not the only such country advising an evacuation of Turkey, as Israel also issued an advisory. They know what is coming. For some time now, it has been evident that Turkey had been playing a game. While being a NATO member, they have been training and supporting ISIS with brokered oil, and deliberately pouring refugees infiltrated with ISIS members into Europe. Erdogan has naked ambition to recreate the Ottoman Empire, which involves reaching into Syria and Iraq, retaining control of Kurdistan, swallowing Greece, and eventually taking most of Europe into his domain.  When Russia entered into the fray in late September, 2015 Erdogan encountered the first obstacle to his plans.

Prior ZT: http://www.zetatalk.com/ning/01oc2016.htm
Merkel has been an aggressive proponent of bringing in Syrian refugees, who seem to be disproportionately young men rather than complete families with women and young children and the aged. This begs the question, why did these young men desert their families? The suggestion made by this German engineer, in his deathbed confession, is that this refugee welcome is deliberate, to sculpt the population into a worker force rather than a citizen base demanding social services. The refugee influx into Europe has proved to be a disaster, with an aggressive counter push to keep refugees in their homeland, to be resettled there. Was this Merkel’s plan, and has it failed? Yes.