Is this true? Was it deliberate? [and from another] http://investmentwatchblog.com/queen-elizabeth-reveals-she-is-ready... Queen Elizabeth stunned BBC production staff yesterday while preparing to deliver the Queen’s Speech at the State Opening of Parliament, hinting that she is planning to abdicate the throne and flee the UK, a BBC insider claims. ‘One is making the necessary preparations to abandon ship,’ Her Majesty said. ‘A violent storm is coming, the likes of which Britain has never seen.’ Her Majesty was speaking to her advisors while taking on the Parliament Robe of State and Imperial State Crown in the Robing Chamber, however she was already wearing a microphone and her comments were heard by the whole gallery. ‘She seemed angry that she had to remain neutral in her speech.  She said there is solid intelligence from military top brass that if we don’t Brexit there is an inevitable World War 3 scenario that will play out,’ the insider said.  ‘World War 2 will seem like a bump in the road compared to this.  I must warn my subjects,’ the Queen said. The line was cut off at this point and BBC production staff were urgently addressed by the director John Kirby.  He said he had been warned by BBC executives that the Head of State had been ‘shooting her mouth off a lot lately‘ and that ‘we must all ignore, forget, delete from our memories everything that we heard.’ By warning advisors that she has made the necessary preparations to flee the country, is she hinting that she has inside information of the darkest kind? 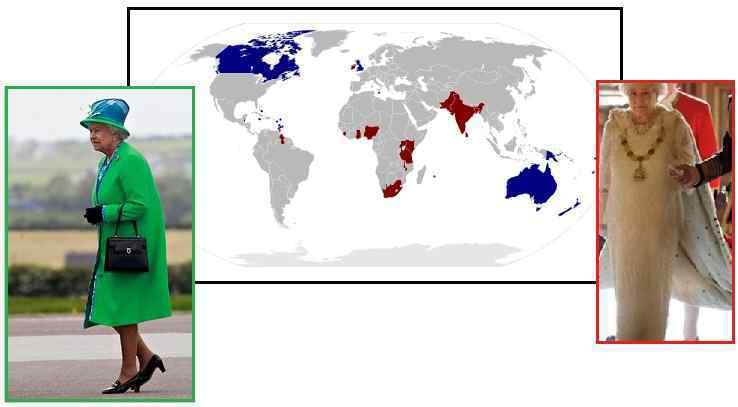 We have repeatedly been asked about the Queen’s agenda, and have consistently given the same answer during her travels about the world or in meetings with Head of State – she intends to desert her subjects in the UK when the Earth changes make it dangerous to remain and will not give her subjects any warning whatsoever. Meanwhile, the taxpayers in the UK need to support her and her royal family in the opulent style they feel is their right. We made this statement in 2007 when the Queen made a rare visit to the US to seek a commitment from Bush and Cheney. We confirmed this statement in 2010 when the Queen addressed the UN in NYC and again in 2011 when she crossed paths with Obama in Ireland.

Having given up on Obama, the Queen then went shopping in her Comonwealth countries, visiting New Zealand and Australia in 2013, then sending Kate and William with their adorable new baby in 2014 to plea again to Obama for the royal treatment in the Aftertime these British royals feel is their due. Scotland was defrauded during their independence bid in 2014 so the Queen could retain her Balmoral estates in the highlands there. By 2015, having been granted only a residence but refused the royal treatment everywhere, the Queen focused on sticking it out as long as possible in the UK. Of course, London was expected to be flooding due to tidal sloshing and full of rioting immigrants, so a royal excuse for leaving Buckingham Palace was concocted.

Has the Queen become loose lipped due to age? Have the increasing Earth changes forcing the creeping announcement admitting the presence and pending passage of Nibiru unhinged her? Are the threats from ISIS sleeper cells infiltrating the UK the source of her dire warnings about the Brexit and World War 3? In that there are several sources for the quotes attributed to the Queen, and all of these from insiders loyal to the Queen and aware of the pending passage of Nibiru and the long running cover-up keeping the public in the dark, one should read the words attributed to her accordingly. The”violent storm” is of course the passage of Nibiru, when she will “abandon ship” and leave the UK. Any claim that this is Brexit related or that she wants to warn her subjects is false.