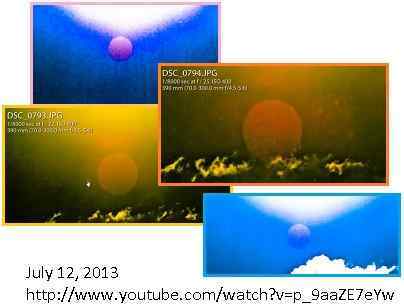 Would Nancy or the Zetas care to comment on the most recent 3 videos that have been posted to polshift-ning.com under the heading of "Planet X complex captures".http://poleshift.ning.com/profiles/blogs/please-place-your-planet-x  Clearly there is one large object under the sun and in 2 videos more than one.  Will you confirm that this is Nibiru we are seeing?  If it is  then clearly due to the size, it is on the move and closing fast.  It is nearly the size of the full moon now.  I would like any new info on the current position. [and from another] July 12, 2013 http://www.youtube.com/watch?v=yCSrjLA6ye0  [and from another]  July 12, 2013 http://www.youtube.com/watch?v=p_9aaZE7eYw  [and from another] July 6, 2013 http://youtu.be/sQCbedckBqo 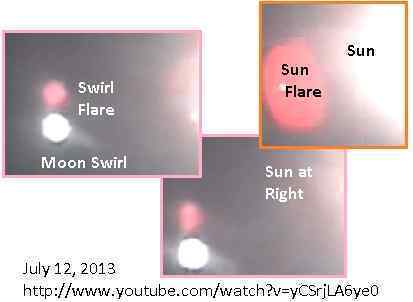 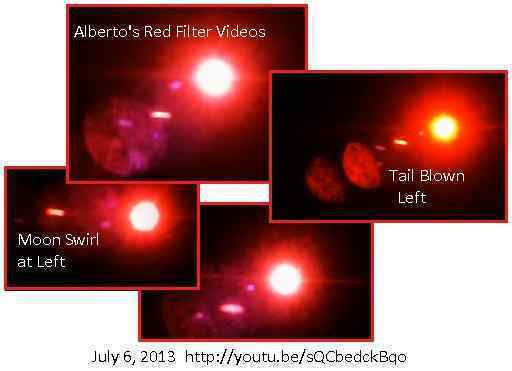 As we predicted would occur during the 8 of 10 phase, visibility of the Planet X complex has increased. As we have explained, Planet X and the Earth assume a more side-by-side posture during the 8 of 10 phase, Planet X moving forward in its path but the Earth pulling far to the left where it is trapped within the cup. Visibility increases because the angle of bounce for sunlight reflected off the vast dust cloud that shrouds both Planet X and the Moon Swirls is more optimal. When the Planet X complex was positioned more between the Earth and Sun, the bounce most often returned sunlight to the Sun or to the side, off into space. It was the rare times when the angle was right, at sunrise or sunset, that the people of Earth saw what they thought were two suns rising or setting. Now this optimal angle is present for most of the day.

Video captures, by experts who adjust the hue to explore what appears under various light spectrums, have begun appearing on the Internet, asserting that a large object can be seen under the Sun or somewhat to the right or left of this position. The objects look spherical, distinct, implying they are planets rather than Moon Swirls. Are any of these objects the Planet X corpus itself?  During the decade that Planet X has been in the inner solar system, slowly making its way past the Sun, Planet X has presented many faces, including the Monster Persona where it looks huge and perfectly round. This is caused by light fanning outward but then being drawn back by the gravity of Earth. Where the Monster is not the size of Planet X, the light rays originate from Planet X, thus documenting its current location just under the Ecliptic.

Some of the recent captures are of Moon Swirls, so extremely bright (as has been their characteristic) that in one case a video captured a lens flare from the Moon Swirl. Thus proving the Moon Swirl is distinct, not in and of itself a Moon Swirl. What will this increased visibility mean for the lingering cover-up, not yet dealt a death blow as of today, July 13, 2013 by Obama’s planned announcement. This visibility has created increased chatter on the Internet, a growing sense in the public that they are being lied to about the erratic weather, sudden tides, and Sun and Moon obviously out of place. After the announcement, there will be many who will claim Nibiru, aka Planet X, is a falsehood, still in denial or attempting to placate mankind so they remain on the coastlines and in their jobs. This visibility is thus a great weapon against that type of disinformation.